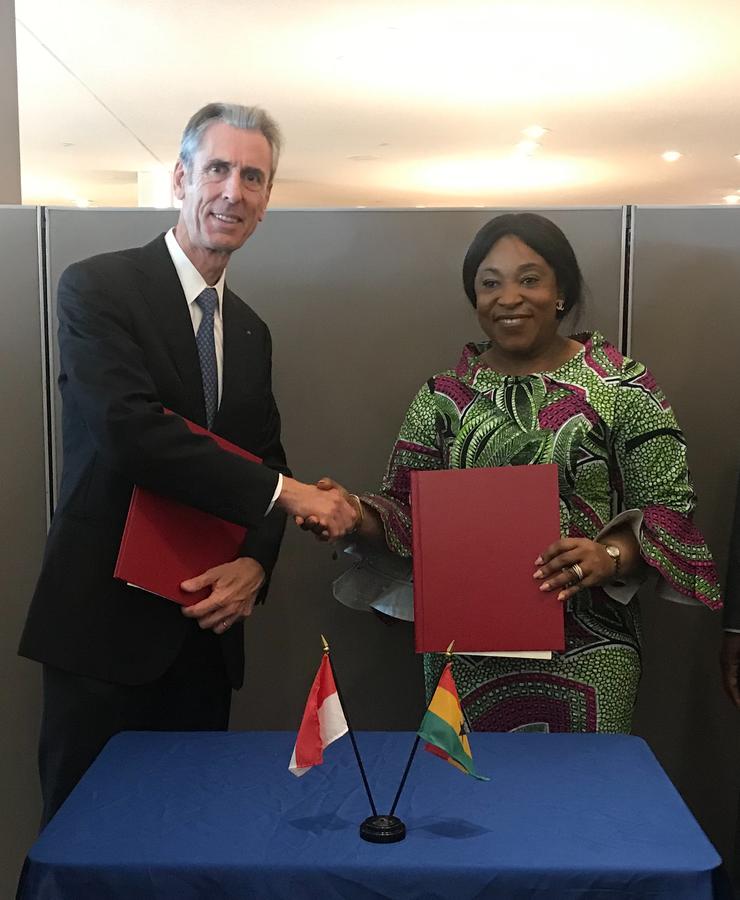 Monaco has formed diplomatic ties with Ghana and the foundation was laid for a similar agreement with North Macedonia at the 74th United Nations general debates held recently.

The Republic of Ghana is now the 147th country to have formed such ties with the Principality.

According to a statement from the Principality, Ghana’s relatively stable and democratic government makes it a clear choice for developing new relations with Monaco. The African state holds a prominent position in the Economic Community of West African States (ECOWAS), a 15 member regional group established in 1975 to promote “collective self-sufficiency” and a vision of common purpose for its adherents.

Mr. Tonelli then met with Nikola Dimitrov, Minister of Foreign Affairs of the Republic of North Macedonia, where they signed a joint communique to open diplomatic relations.

The Parliamentary-led Balkan country is part of the former Yugoslavia, which declared its independence in 1991 and is currently petitioning for full-fledged membership in the European Union and NATO.