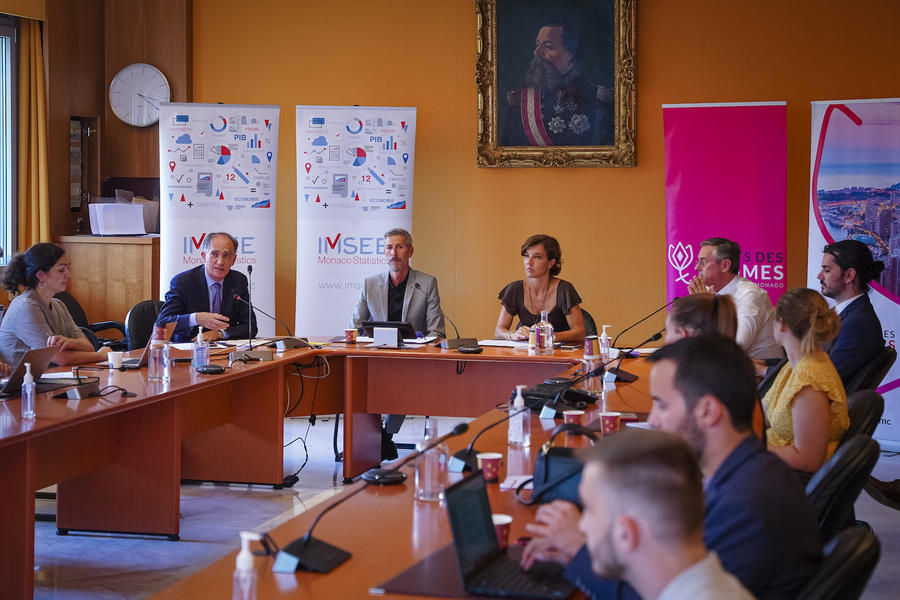 A new report detailing the wage disparity between men and women in Monaco shows that painting such a picture is not as easy as it sounds, hence the introduction of a new model in Monaco.

The Monegasque Institute for Statistics and Economic Studies’ (IMSEE) new report on the gender wage gap in Monaco revealed the “real situation in Monaco” by taking inventory in both the public and private sectors in 2019, the year prior to the global pandemic.

The study took into account specificities to Monaco and the structure of the employed population.

Explaining how it was built, Alexandre Bubbio, Director of IMSEE, said that “A solid statistical methodology and tending to an analysis ‘all other things being equal’ was built in partnership with INSEE (the French counterpart of IMSEE) and validated by the Scientific Council for Statistics and Economic Studies, chaired by Professor Pierre-André Chiappori.”

Using primarily the salary indexes of civil servants and state agents for analysing the public sector situation, the report found the situation to be nearly equal, with women having a slight edge of 0.7% over their male workmates. Women held 47% of senior level positions, again showing near equality.

The private sector is a bit less egalitarian, but not overwhelmingly so. Based on the difference between the median salary of men and women as defined by the Organisation for Economic Cooperation and Development (OECD), Monaco shows a gap of 5.9% slanting toward men.

Despite this slight difference in wages between the genders, it puts Monaco firmly in the top 10 most egalitarian countries, placing them well ahead of France, which comes in at 24th in the rankings. The Principality is not an OECD member, so therefore is not included in their rankings, but if it were so, Monaco’s average would come in way above their collective average of 12.6%. It also beats out the European Union average of an 11.1% gap.

Though thorough and accurate, the study found a different picture when calculations were made on a monthly and hourly basis, so as to “mitigate the effect of working time which generally differs according to gender.”

Using this methodology, the average wage of women is a rather shocking 20.9% lower than men. By way of comparison, during the same period, this gap was 17.1% in the Alpes-Maritimes, 17.3% in the Provence-Alpes-Côte d’Azur region and 15.4% in metropolitan France, according to INSEE.

This way of calculating allows statisticians to sidestep the impossibility of establishing a comparison for equal position and equal credentials. Said IMSEE in their report, “Indeed, it is simply not possible to analyse two situations that are strictly identical in terms of gender, diploma, age, occupation and career path.”

The gender wage gap is, thus, in line with the region, but is less dramatic when it is considered that the salaries of Monaco’s highest paid men, the nation’s professional athletes, are part of this study.

In the private sector, the findings of the report were carried out using an econometric model to measure the influence of certain characteristics in the gap observed, and therefore tend towards an “all things otherwise equal” approach.

The government has asked IMSEE to “deepen the analysis” in a few ways. They have asked them to launch a comparative study based on elements available from previous years to measure the dynamics of change which will be presented to local players. Additionally, they wish to create a voluntary self-assessment campaign for companies by targeting positions and examining criteria such as gender distribution, diploma, and functions. A short and anonymous questionnaire will be available online to gather the data.

Furthermore, there will be an implementation of actions promoting positive corporate behaviour based on the 2019 charter “Monégale” as well as awareness campaigns set up by the Committee for the Promotion and Protection of Women’s Rights.

Finally, there will be an information blitz led by the National Education, Youth and Sports Department that will remove the idea that certain jobs are the domains of men or women only.