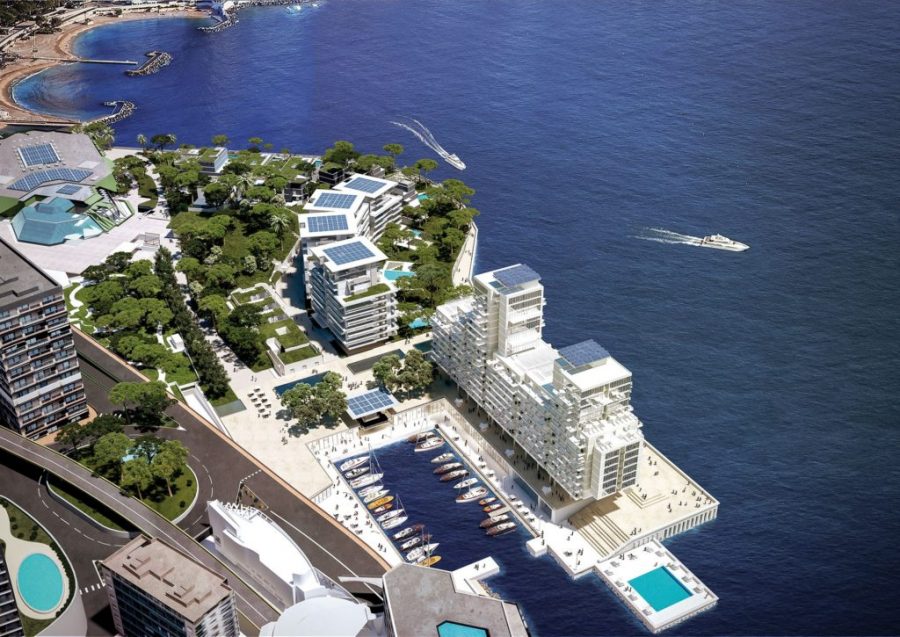 An incredible 12-month time lapse video showing the creation of Monaco’s mammoth land extension project has just been released.
Anse du Portier Monaco revealed the latest video update on their land reclamation project in Monaco this week, showing the caisson belt being created, closed and the first appearance of land.
The project has, in fact, just started the next leap forward with the announcement of the insertion of a thousand piles into the platform which will serve as foundations for future mega-buildings.

Huge concrete cylinders up to 1.8 metres in diameter are being inlaid into the land extension platform to create safe and stable foundations for the buildings that will eventually be built there.

Teams from subcontractor Sogefon, under the auspices of SAM des Aménagements du Portier, are in the process of installing the columns which are intended to mesh with the platform in varied ways, allowing for differences in the size and types of buildings to be constructed on them.

This feat of engineering explains how the 50 metre high building to be constructed by Italian Architect Renzo Piano will work. By using roughly one-sixth of the piles, about 150 of the 1,000 called for, he will be able to safely construct the 17-story “floating” seaside residences he has planned for the site.

Testing began last summer, and after finding the system a success, the rest of the caissons will be built.

During the test phase, it was found that two piles per machine per week were able to be implanted, exceeding expectations. The addition of a third machine will speed up the process even further, with the goal to be a completion date in 2022.

The Monaco land expansion project will add six hectares of land to the Principality, allowing for the construction of much needed housing as well as commercial space. Completion is set for 2025.