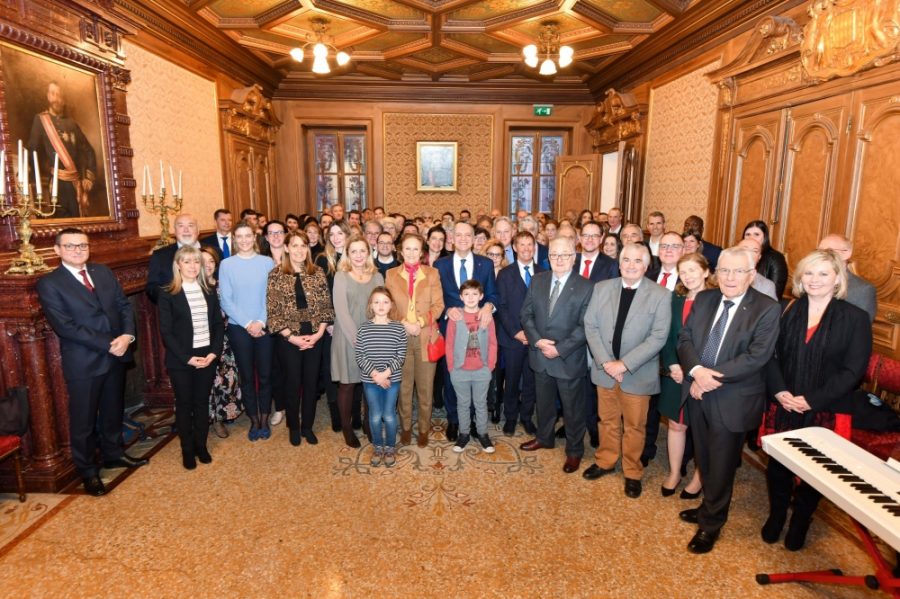 Monaco’s newest citizens have been welcomed in an official ceremony at the Mairie.
Each year, the Mayor of Monaco along with members of the Municipal Council gather every person who obtained Monegasque nationality from the previous year together to celebrate the occasion.
On Wednesday 5th February, 54 out of the 84 people who were granted citizenship in the Principality in 2019 were received at the Mairie for a heartfelt reception.
Mayor Georges Marsan, wished them all a warm “welcome to the great Monegasque family”.
“Acquiring a nationality, and in this case, Monegasque nationality, is not a simple administrative formality,” said the mayor. “It is not isn’t just a passport and benefits. To become Monegasque is to adhere to our culture, our traditions and our numerous particularities. It is to adhere to a community united around our Sovereign and his family, to which we are all very attached.”
Mayor Marsan went on to detail the history of Monaco’s oldest institution, the Mairie, also called the House of Monegasques, as well as explain its function within the context of the state’s societal framework and its major functions.
The ceremony ended with the Monegasque Anthem being sung by choir students from the Rainier III Academy followed by a presentation to each new citizen of a selection of symbolic gifts, such as a reproduction of the anthem, a handwritten document written by poet Louis Notari, a lithograph and a CD of traditional Monegasque songs.