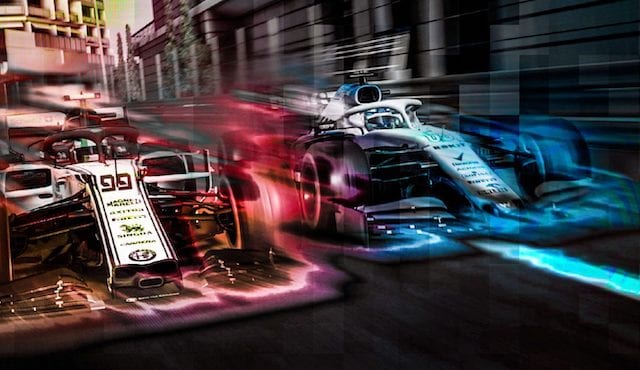 The coronavirus may have deprived Monaco of its Grand Prix this weekend, but the show must go on with fans and players alike gearing up for the big race on Sunday.
It may not be the “real thing”, but it’s looking as if this weekend’s Virtual Monaco Grand Prix is going to be an exciting race, nonetheless, with new blood entering the circuit.
It has been confirmed that eight real-life Formula 1 pilots will be competing on Saturday, alongside top sim racers, celebrities and sports personalities. On the roster are Monaco’s Charles Leclerc for Ferrari, Lando Norris for McLaren, Alfa Romeo’s Antonio Giovinazzi, Williams drivers George Russell and Nicholas Lafiti and Red Bull’s Alex Albon will be joined by the Virtual Grand Prix debuts by Mercedes pilot Valtteri Bottas, and Esteban Ocon for Renault.
Apart from the real-world racers, Arsenal striker Pierre-Emerick Aubameyang makes his debut for McLaren, surfer Kai Lenny is in the driver’s seat at Red Bull, Despacito singer Luis Fonci is up for Racing Point and Real Madrid goalkeeper Thibaut Courtois is on deck with Alfa Romeo.
There will be a pre-exhibition race at 4pm before the main event which starts at 6pm on Sunday. Drivers will join the race remotely, with a host broadcast live from the Gfinity Esports Arena.
The broadcast will be available on F1.com and the official Formula 1 YouTube, Twitch, Weibo, Huya and Facebook channels. It is expected to run for 1 hour 30 minutes, with a qualifying period followed by a 39-lap race.
The Virtual Monaco Grand Prix will also be broadcast live with international broadcast partners in over 100 countries, including Sky Sports in the UK, ESPN in the US, and FOX Sports Asia across Southeast Asia.

Meanwhile, Charles Leclerc will physically take to the streets of the Principality early on Sunday morning under the orders of famed film director Claude Lelouch.
Lelouch’s distinguished career includes the acclaimed classic 1966 film ‘A Man and a Woman’, notable for the racing background of one of its main characters played by actor Jean-Louis Trintignant, the nephew of two-time Monaco GP winner Maurice Trintignant.
But Lelouch’s body of work also includes the epic short film ‘C’était un Rendez-vous’ which depicts a driver’s eight-minute mad dash from Paris’ Porte Dauphine to Montmartre, a sequence entirely shot in a single take in the early hours of the morning with an onboard view and supported by the roaring sound of a Ferrari 275 GTB rushing past many of the beautiful city’s landmark sites.
The French director and cinematographer will attempt a Monegasque remake of the latter – called ‘Le Grand Rendez-vous’ – during which Leclerc will rush a Ferrari road car fitted with cameras around Monaco’s closed course.