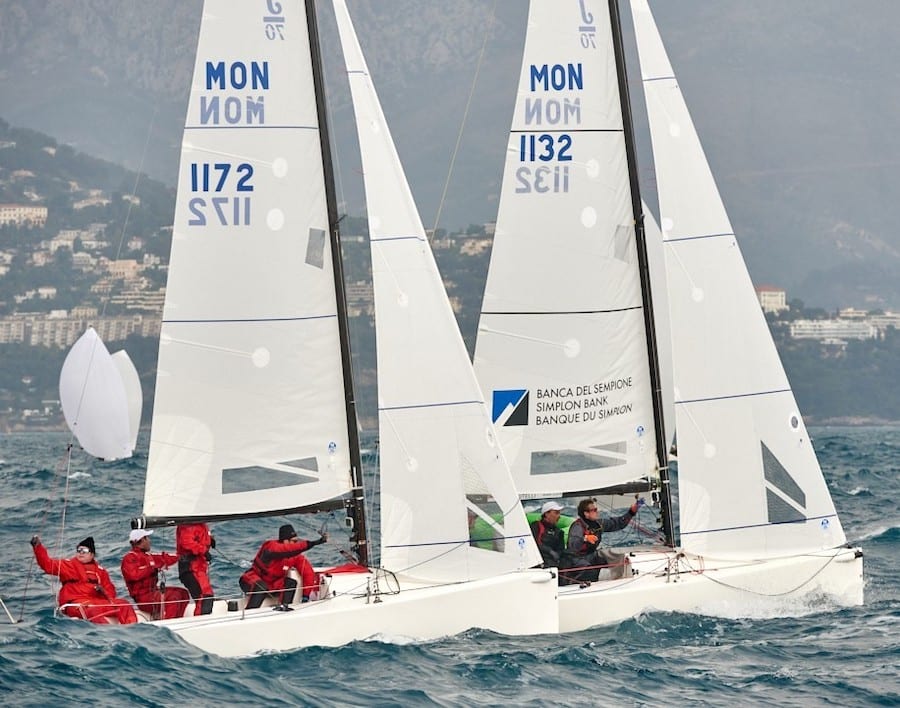 The 37th Credit Suisse Primo Cup Trophy will be hosting roughly 60 of the world’s top sail racing teams across three series in the Principality from 4th to 7th March.
Since 1985, the Credit Suisse Primo Cup Trophy has been the Mediterranean’s largest winter sailing regatta on the circuit. Launched by The Yacht Club of Monaco’s President, Prince Albert II, it has become a winter standard and one anticipated by sailing enthusiasts all over.
The three series event marks the final act of the Monaco Sportboat Winter Series for J70 class boats, the first two rounds having taken place in January and February. The reigning champions, Italy’s Petite terrible-Adria Ferries, will be on hand as well as several local favourites such as Giangiacomo Serena di Lapigio on the G-Spot and Ludovico Fassitelli on the Junda-Banca del Sempione.
The second series features a fleet of Dragons, “famous for combining elegance, finesse and power and requiring a high level of skill to helm.” The Dragon class celebrates its 92nd anniversary this year, with YCM member and Class President Jens Rathsack amongst those registered to race.
The third series is for the Smerelda 888 boats. The Primo Cup starts off the Smerelda 888 International Championship and will feature three-time winner of the event Timofey Sukhotin of the Beda. The champs will be battling it out against Francesco Vauban on the Botta Dritta and Class Preisident and six-time winner of the event Prince Charles de Bourbon des Deux Sicilies on the Vamos Mi Amor.
After a training regatta on Thursday 4th March at 2:30pm, the events will take place on Friday 5th March at noon, Saturday 6th March at 11am, and Sunday 7th March at 11am, before the prize giving ceremony.
All racers are invited to take a Covid test before the event to comply with their country’s health regulaations before they return home. Results of the races will be relayed digitally to prevent large crowds gathering and to remain in compliance with local health regulations.

Photo by Yacht Club of Monaco