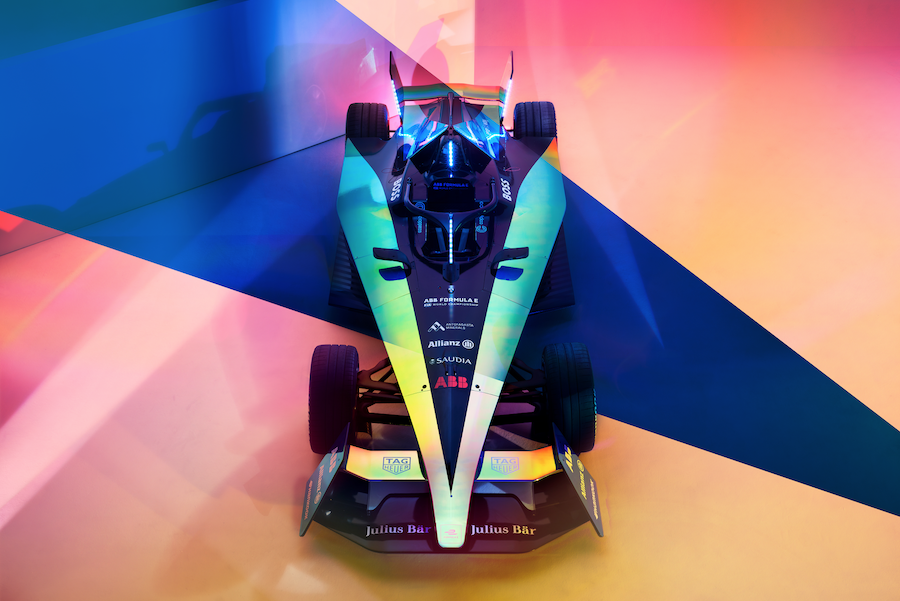 The next generation of Formula E racer, the Gen3, was unveiled to the public at the Monaco Yacht Club on Thursday. Designed specifically for street racing, it will make its debut next year.

At the cutting edge of technological advancements, Formula E’s new model, which will be put into action from season nine onwards, once again pushes the boundaries of what is possible for electric race cars. High-performing, efficient and sustainable, the car is the embodiment of the idea that these aren’t mutually exclusive elements and can in fact co-exist.

The car was developed by experts within Formula E and the FIA, and boasts a whole host of impressive performance features including a top speed of over 200 mph, making it the fastest Formula E car yet. More than 40% energy is produced by regenerative braking, making it the most efficient Formula E car, while 95% efficiency is achieved from an electric motor delivering up to 350kW of power.

In addition, natural materials and recycled fibres have been incorporated into the tyres, batteries and bodywork construction with considerations about life cycles central to their thinking. The Gen3 batteries will also be the most sustainable and advanced batteries ever made, whilst the minerals for the batteries will be sustainably-sourced. It will also be possible to reuse and recycle them at the end of their life.

At the launch, Jamie Reigle, Chief Executive Officer of Formula E reflected on the importance of unveiling the new generation of racer in the Principality. “Monaco is the spiritual home of motorsport and there is nowhere more fitting to unveil our Gen3 car,” he began. “The Gen3 disrupts and challenges the conventions of motorsport, setting the benchmark for performance, efficiency and sustainability without compromise.”

Monaco-based ROKiT Venturi Racing’s Team Principal Jerome D’Ambrosio also referenced the beautiful aesthetics of the Gen3. “Visually, the car looks extremely futuristic, but the most exciting aspect is beneath the bodywork. This car is more powerful and lighter than anything we have raced in the past, but it’s also the most technologically advanced electric racing car in the world.”

“I’m very excited to see what this new generation of racing holds,” D’Ambrosio concluded. 2023 will herald a new era for electric motorsport racing, as Formula E once again positions itself at the forefront of technological advancement.