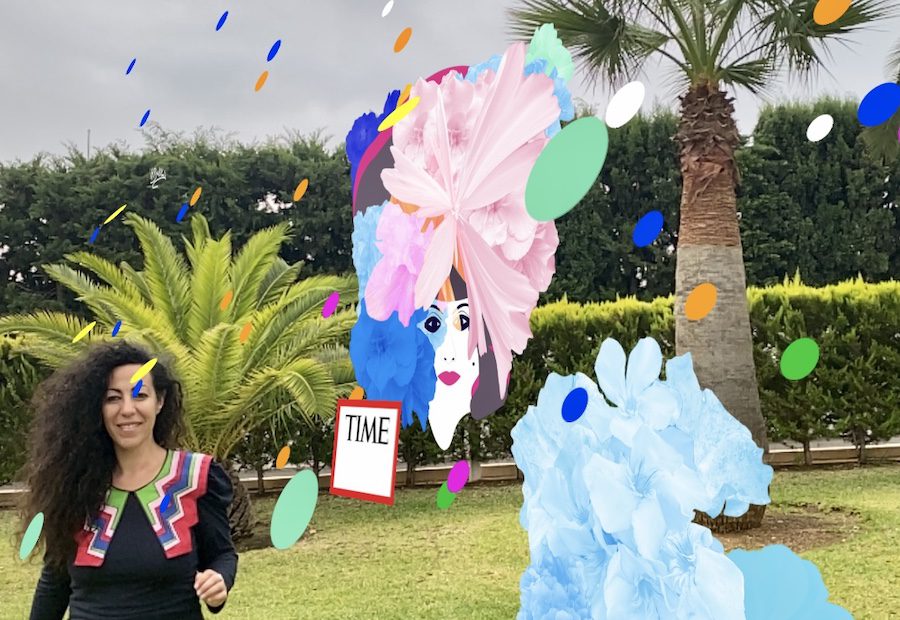 Digital artist Houda Bakkali, recently featured in Monaco Life, is among the first in the world to be selected for an NFT drop by the acclaimed TIME media group, with her digital art inspired by Monaco.
As of Thursday 23rd September, collectors have been able to purchase digital artworks, under the title TIMEPieces, via a randomised, blind drop on nft.time.com. The drop consists of a variety of editions totaling 4,676 pieces, with each TIMEPiece priced at 0.1 ETH.
“While many of the NFT drops that have happened to date within the media space have focused on high-end single editions or multiple versions of collectables, the release of TIMEPieces marks the first time a major media brand has taken on a Web3 approach toward building community and using this technology as an innovative extension of our current Digital Subscription efforts,” said TIME in a statement.
The international artists for the genesis collection of TIMEPieces were selected by TIME Creative Director D.W. Pine and include a mix of experienced NFT artists and traditional artists. They use a wide variety of approaches to their work including photography, illustration and painting. Nearly a quarter have produced covers for TIME in the past, while half have never produced a NFT. Some of the pieces are still, some are animated, and all are original to TIME. Each piece in the collection is themed around the idea of ‘Building a Better Future’.
One of the artists is Houda Bakkali, a Spanish-Moroccan digital artist who regularly exhibits in the Principality of Monaco.
“When I received the invitation to take part, it seemed like a unique opportunity in many ways,” Bakkali told Monaco Life, “especially, as a way to get into the NFTs cosmos through an iconic magazine with almost 100 years of history. The ‘Building a Better Future’ campaign was also an ideal opportunity to unite synergies with other artists and show the world that together, with energy, passion and attitude, a better future is possible.”


Titled ‘Apasionadamente’ (Passionately), the piece, says Bakkali, was inspired by the colours of the Mediterranean, from Monaco to San Remo. “The polka dots beat to the rhythm of the heart and play with the psychology of colour, drawing worlds where goals are met. The ideas move in gentle undulations, like the sea when it is calm. The flowers, which pay a tribute to nature, embrace the woman, who represents strength, serenity, sensuality, beauty and life. This piece represents the desire of a dynamic future, without limits, full of creativity, fantasy, partying and fun. The desire of a better and passionate future based on accomplished dreams.
Houda Bakkali, who is also known for her work in augmented reality, says she is excited at the potential NFTs hold for artists – those who are willing to let go of their fears, to research the field, and to look to the future.
“The NFTs cosmos, in addition to being exciting – almost addictive – presents many opportunities for artists,” she says. “But like everything in life, we have to work, know the rules of the game, be patient and, fundamentally, enjoy the ride.”
Collectors will be also able to purchase TIMEPieces on the secondary market via OpenSea once the initial drop is completed.
Meanwhile, the collection will be turned into a hardcover book available later this year and will also be on display at Dreamverse, the world’s first NFT Art and Music Festival in New York City on 4th November.

Artist Houda Bakkali: “Digital is not a trend, it is the future”