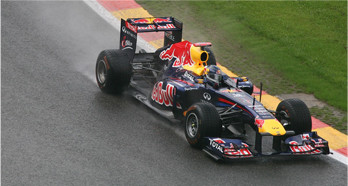 Nice Côte d’Azur Airport is accelerating its international development with the opening of its first direct connection to China. The route will serve as a significant potential source of tourism and business passengers for the region.

The flights will be available from 2nd August through Chinese national airline Air China and Beijing Capital International Airport, which is the leading airport and main aeronautical hub in China. Nice Côte d’Azur will be the only airport to provide this route outside of Paris.

“We are proud to become the first airport in France outside Paris to connect its region to China, the world’s leading country for outbound tourism,” said Dominique Thillaud, Chairman of the Management Board of Aéroports de la Côte d’Azur. “This new route represents numerous economic opportunities for the Côte d’Azur, and the southern region more generally, and greatly helps to boost its appeal around the world.”

He continued: “The trust that Air China has placed in our region is an honour, and above all, it gives us a responsibility to make this development a success. All of the stakeholders in our region are committed to achieving this goal.”

The official launch of this new direct connection follows enormous efforts to attract Chinese tourists, including an increased presence on their social networks with a hotline on WeChat, a website and Wi-Fi welcome portal for the platform in Mandarin, a concierge app to answer visitors’ various questions, welcome stands with interactive facilities in the terminals, and signage to facilitate passenger flows.

Nice Côte d’Azur airport already welcomes increasing numbers of Chinese tourists each year, with annual growth of between 15 and 20%. Currently, China is the 15th greatest source of tourists to the French Riviera, and the opening of the new air route is expected to help strengthen that position.

There will be three weekly rotations, on Wednesday, Friday and Sunday, using A330-200 bi-class aircraft, representing 227 seats including 28 in business class.

The China connection follows an official visit from President Xi Jinping at the end of March.

Meanwhile, low-cost airline easyJet will be operating flights to Morocco and the cities of Tangier from 27th October, and Agadir from 30th October 2019.

“The people of Nice will have the opportunity to fly to Tangier, one of the oldest cities in North Africa, and discover its kasbah, bazaars and souks, but also for the seaside resort of Agadir, particularly popular with golfers,” said easyJet.

The destinations will be served by two flights per week: Wednesday and Sunday for Tangier and Wednesday and Saturday for Agadir. The average cost of a single trip will be around 40€.