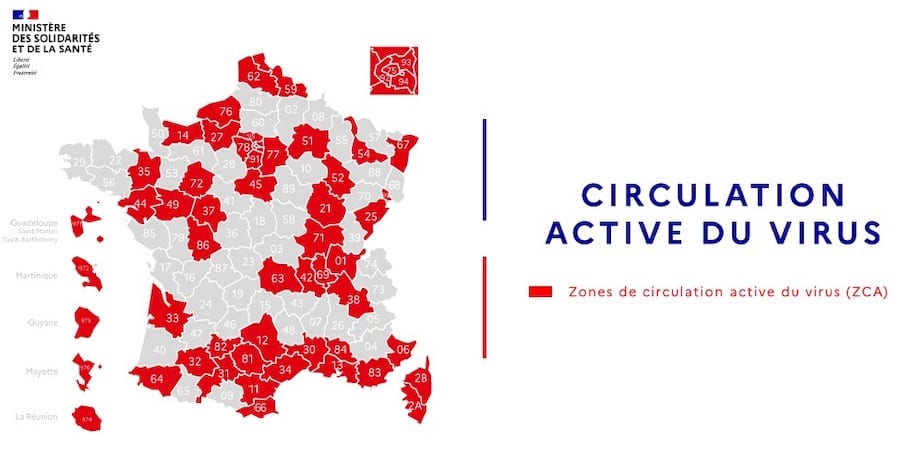 French Health Minister Olivier Véran has announced plans to step up the fight against a second wave of Covid, placing new temporary restrictions on Nice, Marseille and several other French cities.

Neighbouring city Nice is preparing for a new round of restrictions starting Monday, as France’s Health Minister Olivier Véran raises the city’s alert level to “heightened” from “general”. The rest of the Alpes-Maritimes remains on general alert, though they will also be subject to new tighter restrictions.

As of Monday, bars in Nice will need to close by 10pm, while sports centres, gyms and multipurpose or party halls are unable to open to the public.

“These are confined spaces where wearing a mask is impossible or at least complex and which are, unfortunately, places of significant contamination,” said Olivier Véran.

These are in addition to restrictions already put in place by Mayor of Nice Christian Estrosi last week – 12.30am closing time for restaurants, a ban on the sale of “take-away” alcohol and drinking in public from 8pm, and no amplified music outdoors.

Meanwhile, Marseille’s alert status has been elevated to the penultimate “maximum” as the city sees a run on hospitals with 30% of their resuscitation beds currently being filled by Covid patients. Bars and restaurants will have to shut completely from Saturday, Mr Véran said, adding that the measure would apply for a renewable period of two weeks.

For these two departments, the number of new cases diagnosed last week per 100,000 people is well above the acceptable threshold of 50, with 214 for Bouches-du-Rhône and 136 for the Alpes-Maritimes.

In France on 23rd September, 69 departments were classified as “active virus circulation zones” (ZCA) by the government. Among them are Monaco’s neighbours – Alpes-Maritimes, Bouches-du-Rhône and the Var.

France reported a new record for daily coronavirus infections on Thursday, with 16,096 people testing positive for Covid-19 over the last 24 hours. It is classed as a record, even though experts advise that testing during the first coronavirus wave in March-April captured only a fraction of cases.