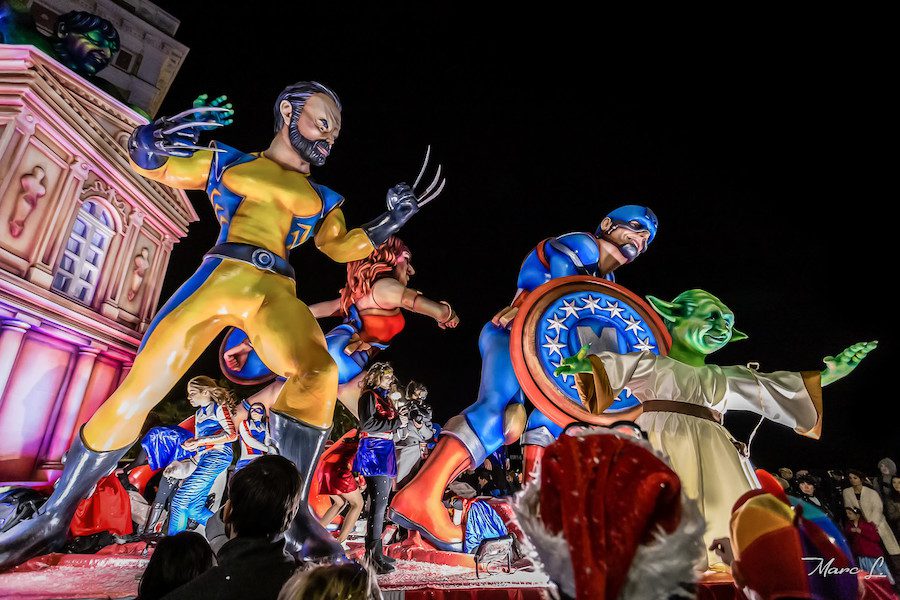 After disappointing cancellations last year, it has been confirmed that both the Nice Carnival and the Menton Lemon Festival will go ahead in February, albeit in abridged forms.

Maybe 2022 really is going to be that year, the year where things gradually begin to shift back toward normal, allowing beloved events to take place and for life to have some semblance of the way it used to be.

Tuesday’s announcements by the mayors of Nice and Menton declaring that both the Nice Carnival and Menton Lemon Festival are going ahead has brought some joy, and relief, to the masses.

Before anyone gets too overexcited, it also has been announced that both events will be held in revised ways to accommodate the health situation, though it is unclear what exactly that means at present.

Nice Mayor Christian Estrosi said on Tuesday afternoon that Carnival will take place on the scheduled dates of 11th to 27th February, but conceded that “given the health situation at the beginning of January, we will not necessarily have an edition such as in the past. We will have to show adaptation and agility, depending on the sanitary conditions of the period.”

“There will be an event-driven, reasonable, reasoned and organised policy. There will not be Carnival as you have known it before but there will be Carnival according to the constraints which will be decreed by the government. It may be that there is no parade at all,” admitted Estrosi, who optimistically followed up by saying, “But in any case, nothing would justify depriving the local economy, the people of Nice, and the people of Nice of this event.”

Mayor Estrosi now has 15 days to clarify what these adaptations will be specifically. Amongst the possibilities are limiting grandstand occupation to 5,000, holding several performances each day, holding some events at the Opera de Nice, and spreading the exhibitions out to different parts of the city to allow visitors to partake in an appropriately socially distanced way.

Jacques Joussin, who runs the Hotel Massena, told France 3 that he has 60% to 70% occupancy levels for the second half of February, including groups and tour operators from all over Europe.

“We are ready,” he told the French media station. “We want to welcome our customers in good conditions, even at a reduced level, and with the protocol we have put in place. All the hotels are playing the game on the Côte d’Azur.”

Meanwhile in Menton, Mayer Yves Juhel has said that whilst the show will still go on, it will definitely not be business as usual.

“The corsos and the gardens of lights, which are very high in attendance, are cancelled in order to avoid an excessive concentration of spectators strongly discouraged during this period of pandemic,” he said in a City of Menton press release.

The citrus exhibitions in the Bioves Garden will be on display, though, and will be accessible to all. Merchants and restaurant workers are encouraged to wear lemon yellow to show their festive spirit and solidarity.

UPDATE: It was announced late Wednesday that the other pending event, the Prom Classic, has been cancelled. The first major sporting event of the year in Nice was due to take place on 9th January. The 10km race usually sees 10,000 participants running along the Promenade des Anglais and is a highlight of the new year.

Meanwhile, the other running race which was to take place between Nice and Cap d’Ail on 30th January, the Course du Soleil, is also cancelled, it was announced on Tuesday by the organisers. Runners who are already registered will be reimbursed.

Photo of the 2019 Nice Carnival by Marc Luczak on Flickr