Nice Carnival roaring back to life in 2022

Nice Carnival roaring back to life in 2022 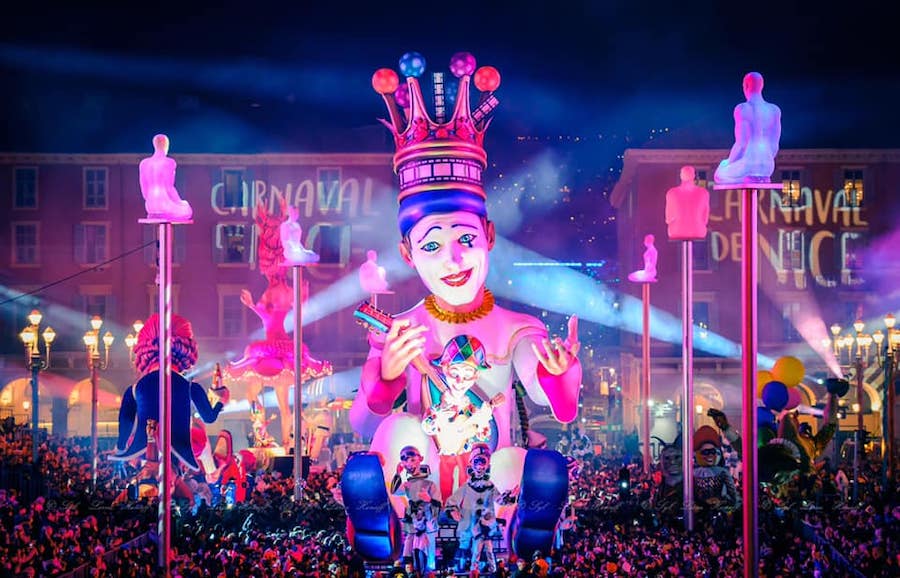 After a year-long postponement due to the global pandemic, the Nice Carnival will be back in 2022 under the theme ‘King of the Animals’, with the promise of more of just about everything.

Covid may have wrecked last year’s party, but this coming year the fun is returning. The Nice Carnival has announced its February line up which will include some fun new features and all of the old favourites.

Under the theme ‘King of the Animals’, the event will take place from 11th to 27th February, just in time to kick away any late winter blues.

Preparations are already well underway, the extra year giving organisers plenty of time to pull out all the stops. There is even a chance for a sneak peek at the carnival’s workshops where the festival plans are well underway.

New for this year there will be an election of counts and countesses to complement the king and queen, a series of masterclasses that give the public a chance to learn about the behind-the-scenes machinations as well as the history of the carnival, and guests in the form of the Belgian Carnival for added entertainment.

Traditionalists need not worry as all the classic aspects will be returning as well, such as the flower battles, the crowning of the king and queen and the lighted parades. Additionally, for those who want to take home a bit of Nice Carnival history, a website is under construction to sell old carnival heads.

The designers have been working on the floats for months already and a few of the treats in store have been revealed. There will be penguins lounging on a Venetian gondola, cute for sure, but also a nod to climate change. They are currently working on the moving parts which will transform them into moveable creatures, and the workers say they are on track for February.

The schedule of events will include an hour-long opening ceremony, free to all, starting at 6:30pm in Place Massena. This kick-off to the 149th edition will feature the king and queen, flower strewn floats, the carnival’s herald, standard bearers, musical entertainment, dance troupes, special guests and a sound and light show.

There will be a carnival village set up for the duration of the event in the Jardin Albert I which will host entertainment, gourmet stands, conferences and shows as well as the ticket office. The Théâtre de Verdure will also host shows throughout the festival for added amusements.

Before each parade, the public will be able to get a closer look at the floats near Place Massena, where they will be exhibited and additional grandstands will be set up along the Avenue de Verdun.

The illuminated promenades will start at a more kid-friendly 8pm rather than 9pm, and will run for roughly 90 minutes.

Flower battles, always a big draw at the carnival, will be set up in the middle of Place Massena and, for the first time ever, all the flowered floats will participate in the Grand Corso on the evening of 12th February.

The spectacle ends on the 27th where the public are invited to come see the king’s cremation. This is always a popular event and will be in conjunction with a party in the streets open to all.

Nice Carnival attracts more than 200,000 visitors and is one of the biggest events the city puts on each year.