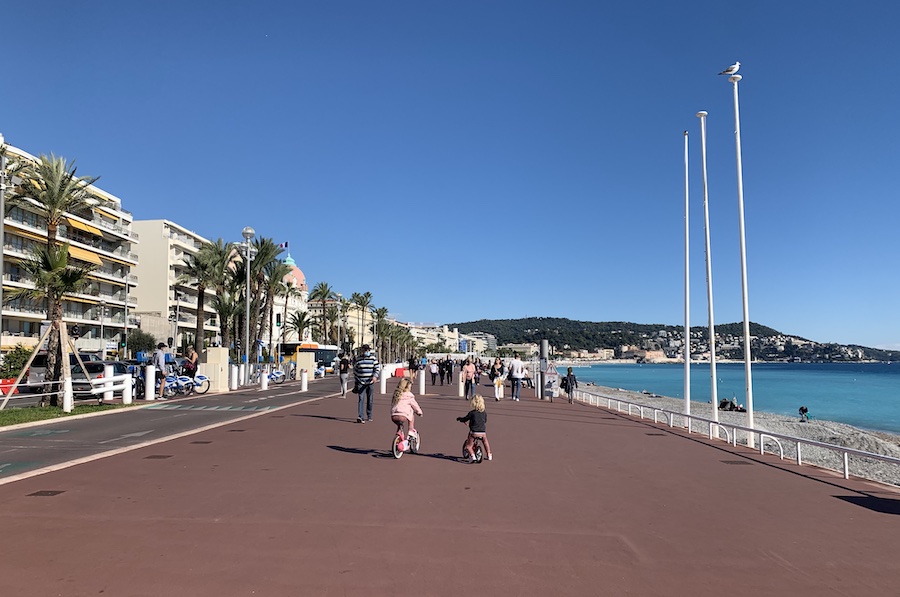 The Mayor of Nice Christian Estrosi declared his city to be France’s number one tourist destination after a stellar summer season, with visitor numbers well above pre-pandemic figures.

Nice is laying claim to the top tourist spot in France, and the fourth in all of Europe, thanks to a report by a transportation app called Freenow.

Nice Mayor Christian Estrosi took the opportunity to tell a press conference on Monday that Nice indeed had a fantastic summer season, with occupancy rates over 87% in July and August, with around seven million visitors to the seaside city. This is even better than 2019 figures, when the city saw five million people pass through.

According to the mayor, it wasn’t just a case of more people coming, but a better type of tourist.

“We haven’t always had the clientele we wanted. Today, far from over tourism, we can count on quantity as well as quality,” he said before adding, “it’s our strategy over more than three years that is hailed: today we attract thanks to culture, sustainable development and major events.”

Museums saw record attendance with over 250,000 tourists visiting, and the city’s newly minted status as a UNESCO World Heritage Site has also drawn a new calibre of tourist.

Credit for the uptick is given at least partly to the return of Americans as well as customers from the Middle East, who now are accounting for big numbers. This foreign clientele spent more this summer than in 2019.

Improvements in infrastructure and other major works such as a new convention centre and the tram system has turned Nice from a beach and party place to a family destination with investors getting in on the action, making Nice even more desirable.

It’s not only the tourists who see the charms of Nice. Big events are being scheduled, such as Biennale des Arts, the Ultra Trail and the Transition Forum, a summit on sustainable development returning at the end of the month, followed by the Nice-Cannes marathon in October. The rise in bookings for events in another indicator of just how much interest in the city there is.

According to the Paris Office of Tourism and Conventions, the capital welcomed 9.9 million visitors from June to August, including 7.4 million foreign tourists.