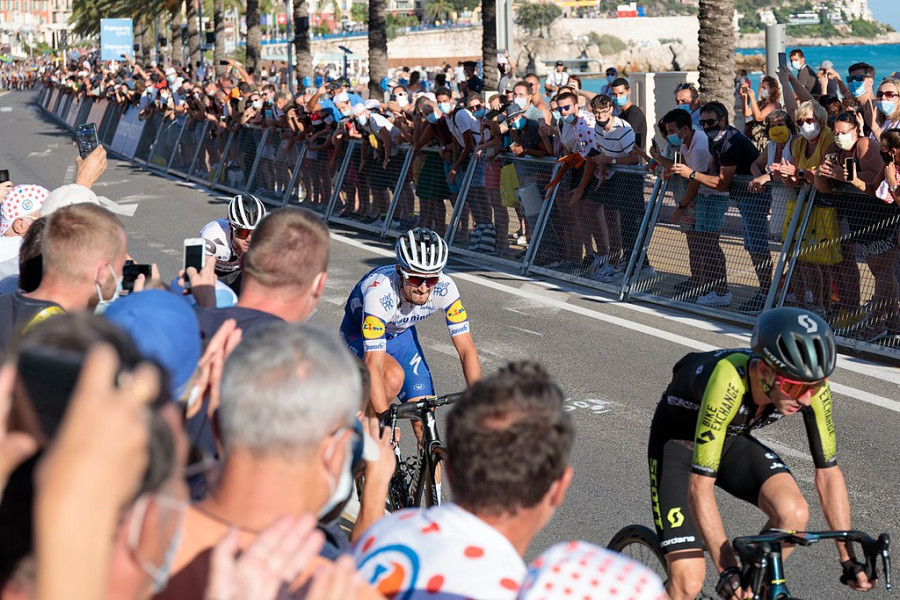 One of sport’s worst-kept secrets is finally confirmed: Nice will host the Arrivée of the Tour de France in 2024, with the Champs-Élysées unavailable due to Paris’ hosting of the Olympics.

The world’s biggest cycling tour finishes in a familiar way every year, with the riders lapping the cobbled Champs-Élysées on their way to crowning the next winner of the iconic yellow jersey. However, the final stage will look markedly different in 2024.

The peloton will trade the Champs-Élysées for the Promenade des Anglais. It will be the first time that the Tour de France hasn’t finished on the streets of the French capital since 1905. The displacement of the Arrivée is rendered necessary by the 2024 Olympic Games, which will be hosted in Paris.

Nice is no stranger to hosting the Tour de France. The Riviera city hosted the Grand Départ in 2020 in a Covid-affected edition of the race. The exact format of the final stage has also been defined. The tour usually concludes with a Criterium event, but during Thursday’s press conference, in the presence of Nice Mayor Christian Estrosi, it was revealed that the Tour will finish with a time trial on Sunday 21st July.

Christian Prudhomme, Director of the Tour de France, said “The Côte d’Azur will offer us an exceptional setting from an aesthetic point of view. After Paris, it is the most recognised place in France amongst foreigners. Going from Nice, we will use this completely different terrain for the whole weekend, which will allow us to offer a firework finish, which will be formidable.”