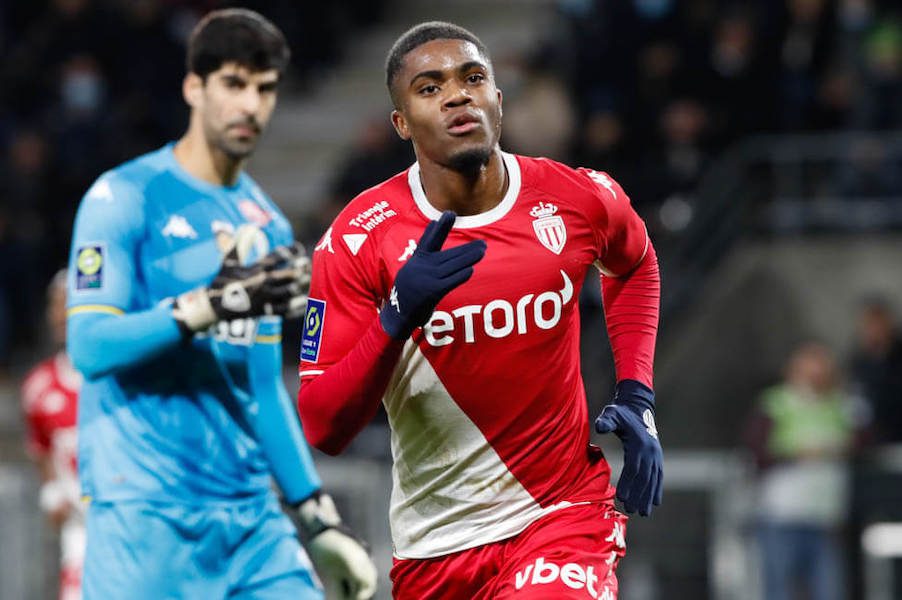 A dominant display from Monaco away to Angers secured a potentially season-defining victory following a four-game winless streak in the division, putting them right back in contention for the European places.
Nico Kovac wrung in the changes on a freezing Wednesday night at the Raymond Kopa stadium. In came Gelson Martins and Aurélien Tchouaméni, whilst Myron Boadu, a player whom Kovac told Monaco Life he has full confidence in pre-match despite a barren run, came in to lead the line.
Monaco, in their recently implemented 4-2-3-1 formation started strongly, their intense pressing game allowing them to control the game and win the ball in dangerous places. Djibril Sidibé and Ismail Jakobs, a marauding set of wing-backs, were equally threatening, providing overloads in wide areas.
ASM created a handful of half-chances that went unconverted, but it didn’t take long for the Principality side to take a lead. Boadu, having failed to score in Ligue 1 since his arrival from the Dutch league, latched onto a delicate flick from Kevin Volland, and smartly slotted past Danijel Petković in the Angers goal. The relief for Boadu was clear to see, and during a half-time interview he admitted, “I’ve been waiting a long time for a goal, I need confidence and I would like more.”
Monaco deservedly doubled their lead before half-time. Sofiane Diop, who was having an exquisite game, latched onto another Volland pass, and slotted in from only a couple of yards out.
Angers, having looked passive and uninterested in the first-half, came out rejuvenated at the start of the second. Aleksandr Nübel in the ASM goal was forced into a couple of smart saves, before inadvertently putting the ball into his own goal; the ball ricocheted off the post following an Azzedine Ounahi shot, hit Nübel on the back and rolled over the line. 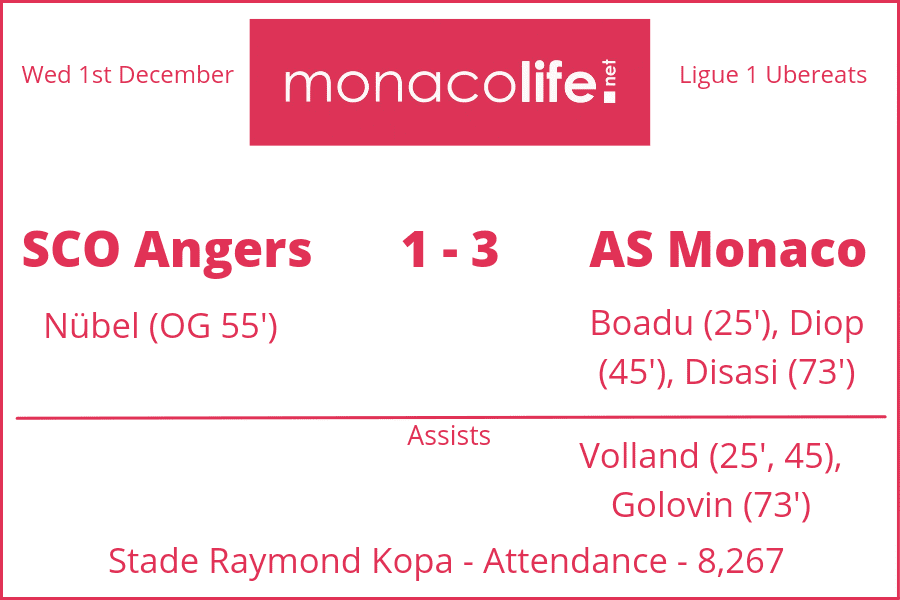 Nübel was once again centre-stage for what turned out to be the pivotal moment of the match. Angelo Fuljini, with the goal at his mercy with a free header just yards out, couldn’t beat Nübel, whose instincts were razor-sharp to stick-out a hand and deny Angers an equaliser.
Angers would be made to rue that missed chance, as ASM went on to dominate the rest of the match, restoring their two-goal cushion thanks to an Axel Disasi finish not long after. Had Wissam Ben Yedder been more efficient in-front of the goal and converted one of his chances, the scoreline could have been even more emphatic, but Kovac was nevertheless delighted with the comfortable 3-1 win.
“I want to congratulate my players because we dominated almost the entire match,” said Kovac, adding, “I would say that it was our best Ligue 1 performance this season. We need to maintain this level and already concentrate on the Metz match, but today I’m very happy.”
Kovac will be hoping to build on this result and forge a run towards the European places, which are once again within sight. He will have the opportunity to do so as Monaco face Metz at the Stade Louis II on Sunday.