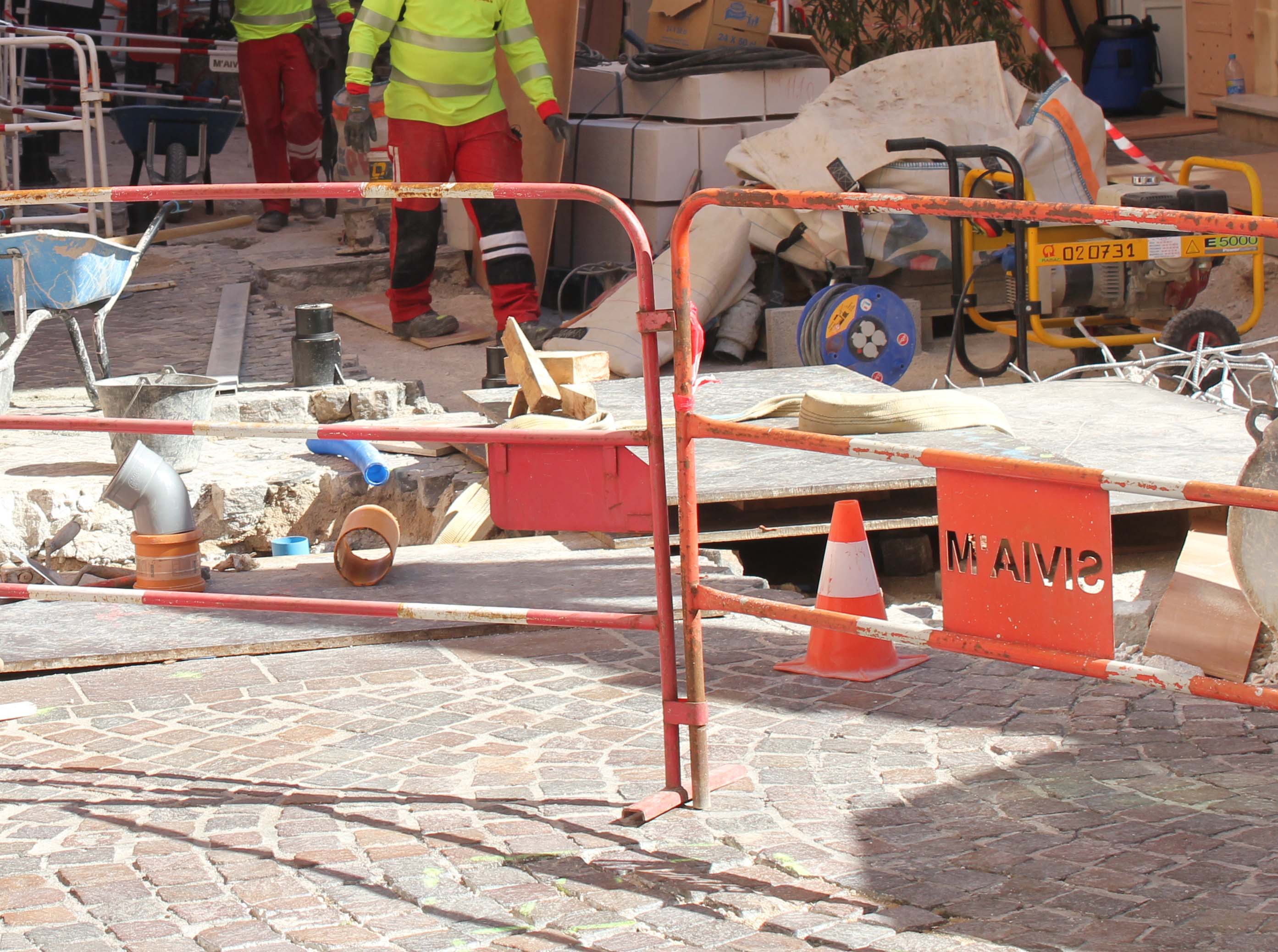 A few weeks before the second Monaco Formula E, to be held on Saturday, May 13, and the 75th F1 Grand Prix, from May 25 to 28, a number of roadway improvements will be made that will involve the temporary closure of certain streets.

The work is needed primarily so that the asphalt used on the F1 circuit meets the specific resistance requirements of the International Automobile Federation (IAF). Specifically, the.

This year, this involves three streets: avenue des Spélugues, boulevard Albert 1er and boulevard Louis II. To minimise the impact on traffic, work will be carried out at night, mostly from 8 pm to 6 am.

Boulevard Louis II
Removal of top layer from Wednesday April 5 to Thursday April 6, from 8 pm to 6 am. The laying of new asphalt will take place from Thursday April 6 to Friday April 7, from 8 pm to 6 am. Asphalting operations will require the closing of the Boulevard Louis II, starting at 8 pm, between the Portier roundabout and avenue JF Kennedy. From the road to the pool, traffic will be prohibited from the central “T”.

Roadwork and newborns in Monaco

ML: You have competed 163 World Championship Grand Prix races winning three, achieving 15 podiums and scoring 132 career points. How did your childhood in Belgium lead you to this path? TB: I don’t really know where this idea came from, but I told my parents that I wanted to become a racecar driver when I was 3 years old. Nobody in the family had any kind of link to the racing world at that time. ML: 24 Hours of Le Mans, which you have also raced in, turns 80 years this month. As a driver, how does strategy differ between the Formula One Grand Prix, and Le Mans – aka the Grand Prix of Endurance and Efficiency? TB: Le Mans is an endurance race, you need to make the car last 24 hours and, in 24 hours, a lot of things can go wrong. You need a perfect team of engineers and mechanics who will take the best strategic decisions and provide maintenance to the car in the shortest time. Your two teammates must have the same driving style, the same speed and must be as careful as possible to avoid any kind of contact which, as the race goes on and drivers get tired, is a challenge. 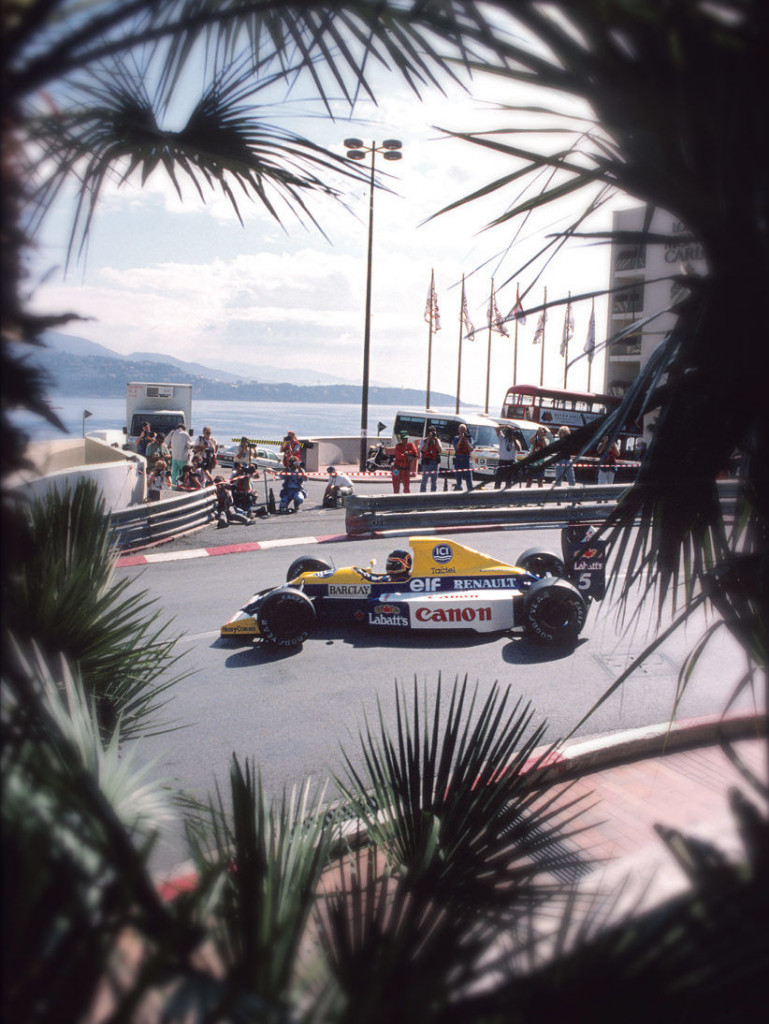 ML: As the Monaco Grand Prix celebrated 75th anniversary, would you say that the event has changed for the good or the bad? TB: I raced F1 in Monaco for the first time in 1984 and participated in ten Grand Prix here. The organisation of the event was “the best in the business” in 1984 already; it is still the same today, thanks to the efforts made by Michel Boeri [president of the Automobile Club de Monaco] and his team to keep it this way. The track safety has improved every year and the Monaco track marshals were, and are still, recognised as the best in the world by the community, thanks to their preparation, training and motivation. No other track comes near to that. ML: If you could magically trade the years you were in the Formula One circuit to be a driver in today Formula One, would you TB: F1 has changed a lot since “my days”. When I started in 1983 laptops did not even exist, we were still using fax machines. But this does not matter to me. I studied mechanical engineering and have always been extremely interested in the technical part of the racing as much as in the driving. I guess it would be exactly the same today. 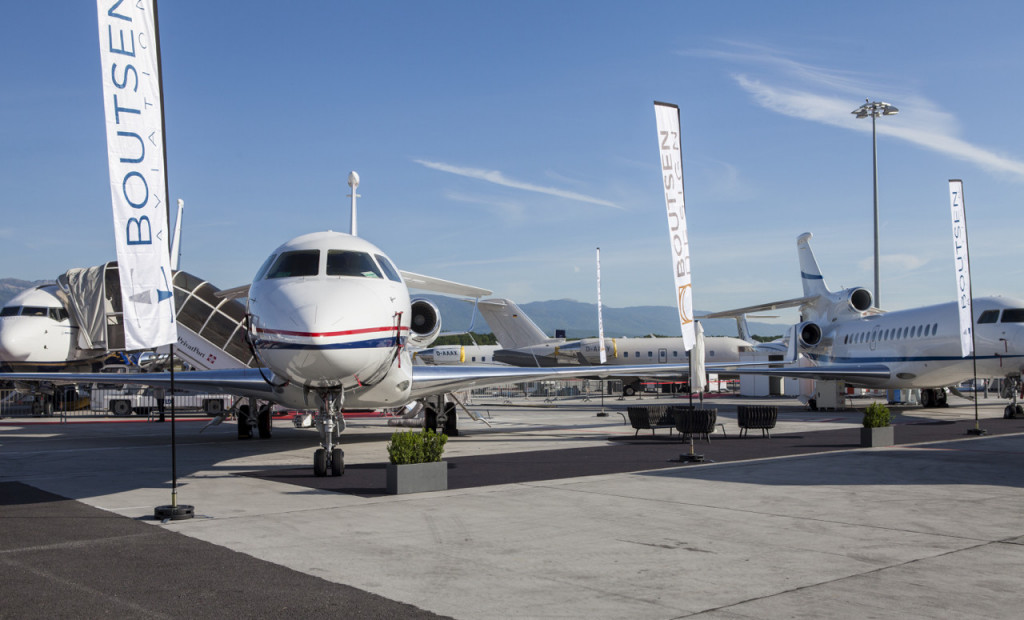 ML: You launched your business — Boutsen Aviation – 20 years ago in Monaco. How did you transition a F1 career into managing aircraft sales transactions? TB: My initial interest in the aviation sparked during my engineering studies and became real during my career in Formula One: I bought my first small plane in 1987, and consequently sold and upgraded it several times throughout my driving career. What began as a casual hobby soon gained the respect of my fellow F1 drivers, after which started to advise and assist in the aircraft purchases of my colleagues. That is when I realised that my passion for business and aviation could potentially blossom into an entirely new career. I founded Boutsen Aviation together with my wife Daniela in 1997. ML: Can you share some facts and figures about Boutsen Aviation, and how it’s evolved over the past twenty years, including Boutsen Design, both of which are based in Monaco? TB: I did my first ten transactions in the racing world, selling jets from Michael Schumacher, Keke Rosberg, Mika Hakkinen, Guy Ligier, etc. then decided to jump the barrier to go and look a bit further. Twenty years later, Boutsen Aviation is certainly one of the most experienced and passionate brokerage firms on the Business Jets market. Over the years we have acquired a vast and unquestionable knowledge. We have sold 336 aircraft ranging from Airbus Corporate Jets to Cessna Citation, to 51 countries, 5 continents. Approximately ten percent of our sales are turbine helicopters. With her background in Arts and a 3-year working experience for one of the finest porcelain manufacturer, Berlin-born Daniela Boutsen went on to create Boutsen Design in 2011. At that time, Boutsen Aviation was overseeing the completion of two Airbus Corporate Jets for a private customer and Daniela was asked, “Where can we get the right cutlery, chinaware, glasses and ancillaries for the bedroom and the bathroom?” It was then she realised the potential in providing a centralised service covering all tastes and personalisation for a niche market of discerning clients who required “turnkey” solutions. She added the "Boutsen Final Touch” utilising her vast knowledge and extensive industry experience, and now offers her expertise to a growing global clientele made up of Aviation, Yachting and Residences. Boutsen Design HQ and showrooms are located 40 rue Grimaldi – just opposite to Boutsen Aviation. 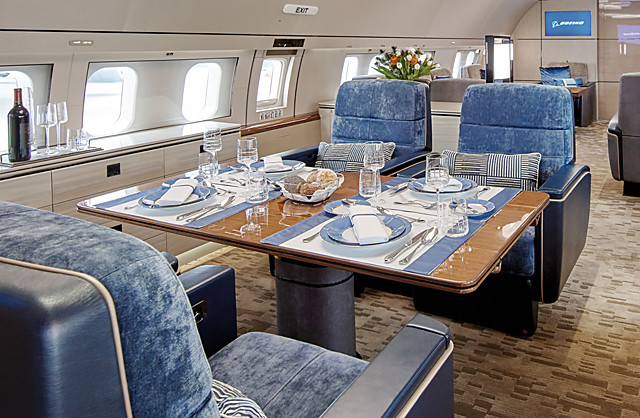 ML: What’s something the average person wouldn’t know about buying an aircraft? What’s the most commonly requested accessory in a plane? TB: Pre-owned aircraft trading is a complex multitask business encompassing: sourcing, market research and analysis, benchmarking, assessing market value, global promotion through multiple channels, preparing multimedia marketing materials, evaluating and negotiating offers, letter of intent and sale-purchase agreement, on-site aircraft visual inspection, pre-purchase inspection and the follow-up of corrective actions, legal and tax structuring matters, financing, escrow agency co-ordination, title search issues, registrations, closing/delivery assistance, client reporting  etc. The most commonly requested accessory in a plane … people like their plane to be an extension of their office and their home, to travel quietly and efficiently. That is all they want. ML: In 2015, you were appointed the title “By Appointment of HSH Prince Albert II, Sovereign Prince of Monaco”. What does this honour mean exactly? TB: This honour means a lot to me, my wife and to my team, it is a recognition from HSH Prince Albert II for the work we have done not only in selling his airplanes but, by selling all of our airplanes in 51 countries, 5 continents we have each time, directly or indirectly, helped to promote Monaco. I am also very proud to have received the honorary distinction as Médaille de l’Ordre de Saint Charles. ML: Boutsen Aviation is involved in the Monaco community. Can you share some of your partnerships and sponsorships? TB: We are members of the Automobile Club de Monaco, the Yacht Club, Monaco Air League that helps promote young students to become pilots, Monaco Private Label and Monaco Welcome. In addition, Boutsen Aviation is one of the main sponsors for the COCC ride St Tropez-Monaco, helping the Princess Charlene of Monaco Foundation. ML: What do you traditionally watch the Grand Prix in Monaco? Do you get involved to any capacity, or is it purely as a spectator? TB: I have been a racing driver for 23 years of my life, today I enjoy watching the others "play" with their cars. I like to watch the GP from the Belvedere Tribune, thanks to the invitation of the ACM. ML: When you want to go for a drive locally, where do you go to relax? TB: To be honest, when I want to relax I stay at home. I have travelled so much in my live, and still do, when it is time for a rest I stay with my family. ML: Best place in Monaco for a business meeting? TB: The Boutsen Aviation offices, 41 rue Grimaldi, where you can look at the Williams F1 car that gave me my first GP victory, Canada 1989, hanging on the wall. Article first published June 4, 2017.