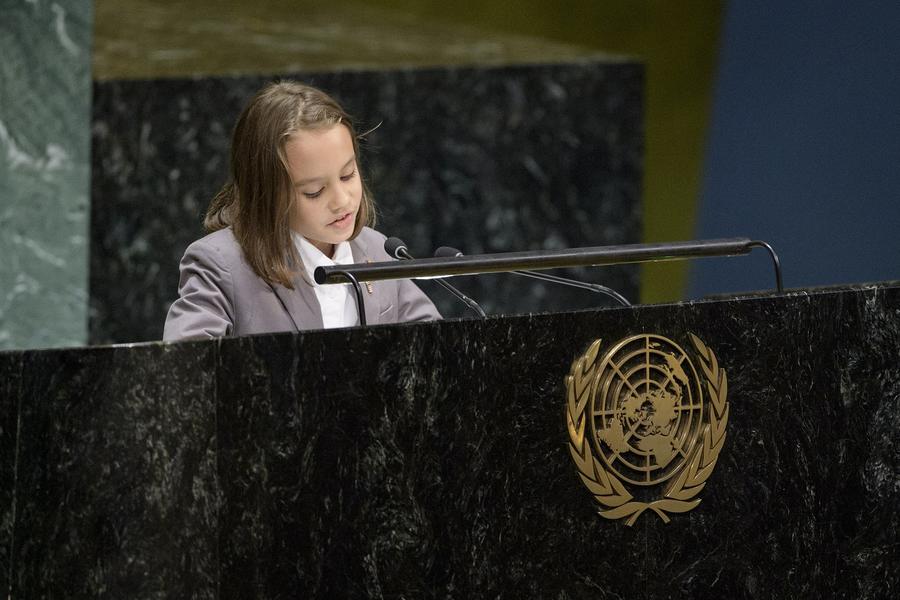 Nine-year old Mayleen from Monaco has addressed the United Nations General Assembly, detailing everything that she is grateful for in the Principality and what she wishes other children in the world had access to.

As part of the 30th anniversary of the Convention on the Rights of the Child (CRC), the United Nations General Assembly invited children from around the world to say what was on their minds. Monaco sent Mayleen, who reminded those present of Monaco’s commitment to the rights of children at home and abroad.

Mayleen Braquetti is pretty tuned in for a kid. The nine-year old from the Principality was selected to represent Monaco at the United Nations General Assembly on 20th November, where she spoke with clarity on topics such as the availability of health care and education in her home nation, two things that she is able to take for granted yet are not the birth right of all children.

She spoke of how lucky she was that she can attend coding classes in primary school, can feel safe in her surroundings, see a doctor whenever she needs to and be part of a system simply because she has a birth certificate which makes her part of a society that protects her.

“In general, I don’t have much to worry about and I can focus all my attention on being a child,” she said.  As such, she expressed her wish that this could be true for all children of the world, because it is a child’s right to be free from worry.

The Monegasque delegation reaffirmed its commitment to the CRC by joining the Declaration of the European Union, along with fellow member states the Republic of San Marino and the Principality of Andorra.

The Convention of the Rights of the Child was adopted in 1989 and today is the most ratified international treaty in the world. On this 30th anniversary year, the CRC is calling upon the world to recommit to children’s rights by resolving the most urgent issues facing them, namely the right to education, to participation, to be free of discrimination and to be protected against all forms of violence or exploitation.