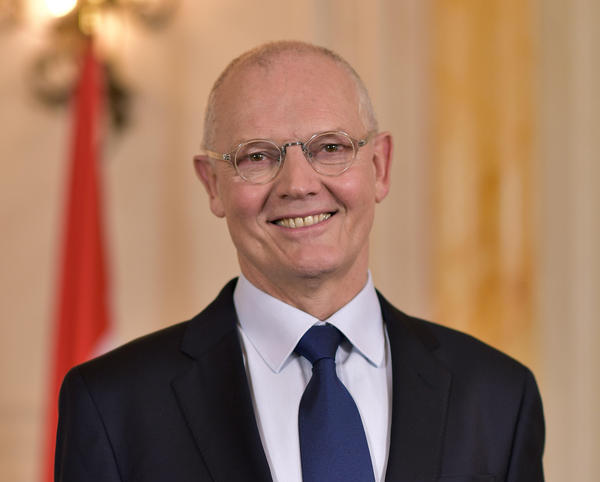 The Minister of State, Serge Telle, has confirmed the CHPG is capable of handling the spike in coronavirus cases in Monaco, indicating there is no need to establish a makeshift hospital, as called for by the National Council.
The Minister gave an interview to Monaco Matin in which he addressed the preparedness of the hospital, saying that whilst the worst is still yet to come, the current 40 beds in the intensive care unit should be more than enough to get through.
“Statistics have shown that somewhere between 4% and 5% of infected people need respiratory aid, and only 2% to 3% need resuscitation. If these numbers hold, then the spike in Monaco’s patient load would need to be well over a thousand before any the health facilities would be overwhelmed,” said the minister.
He also applauded the administration and hospital staff for carrying on despite the dangers and commented on how they “have been remarkable in their effectiveness.”
The minister, who is currently in throes of Covid-19, has been confined to his home without his wife or children, yet has been able to carry on working via phone and computer. Tele-conferencing and emails have been his lifeline and he conceded that “telework works well.”
The illness for him has been less severe and has not affected his ability to lead the government, he says, and make the necessary difficult decisions required during a crisis situation. If all goes well, he will be back at his desk by the 1st of April.