No Finish Line: How the virtual race will work

No Finish Line: How the virtual race will work 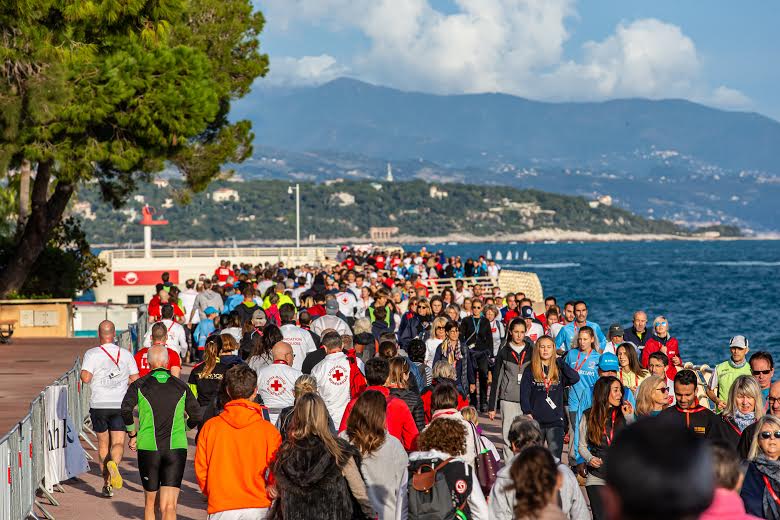 For the first time in its 21-year-history, No Finish Line will be held virtually this year. Here is everything you need to know about how to participate and rack up those kilometres for charity.

No Finish Line returns to the Principality for its 21st edition starting Saturday 14th November at 3pm for eight non-stop days until Sunday 22nd November at 3pm. The race has become a much-anticipated event for businesses and individuals in the community who don their sport shoes to walk or run for a good cause. This year’s ambitious goal is to collectively cover 400,000 kilometres.

As Covid casts its long shadow, the organisers of the event have met the challenge by creating a way for participants to race without breaking health and safety rules. Rather than following a set course, contestants can choose their own paths and commit to covering as many kilometres as many times as they wish, using the Zapsports app to track their progress.

The same rules apply with regards to donations. For each kilometre run, Children and Future donates one euro to support projects for disadvantaged and sick children.

All racers need to do is download the app and select the No Finish Line race. When they are ready to go, they start the stopwatch and the distances are clocked by the app, where they will be continuously updated. The updates can be tracked on the Children and Future website (childrenandfuture.com) any time and the final scores will also be available there, as well as on social media. An awards ceremony will be held in the first quarter of 2021.

AS Monaco Basketball star Will Yeguete has signed on as a sponsor for the race, adding some star power to the event. Additionally, No Finish Line’s organisers will be holding a toy drive from Saturday 14th November to Saturday, 21st November at the Fontvieille Big Top to collect as-new condition toys for the region’s children affected by Storm Alex. They have also decided to dedicate a portion of the funds raised for projects to help the kids in the valleys most affected.

Inscriptions for teams can be made on the Children and Future website up until 11th November at 6pm and for individuals until 22nd November at 12pm. The cost per participant is €12.