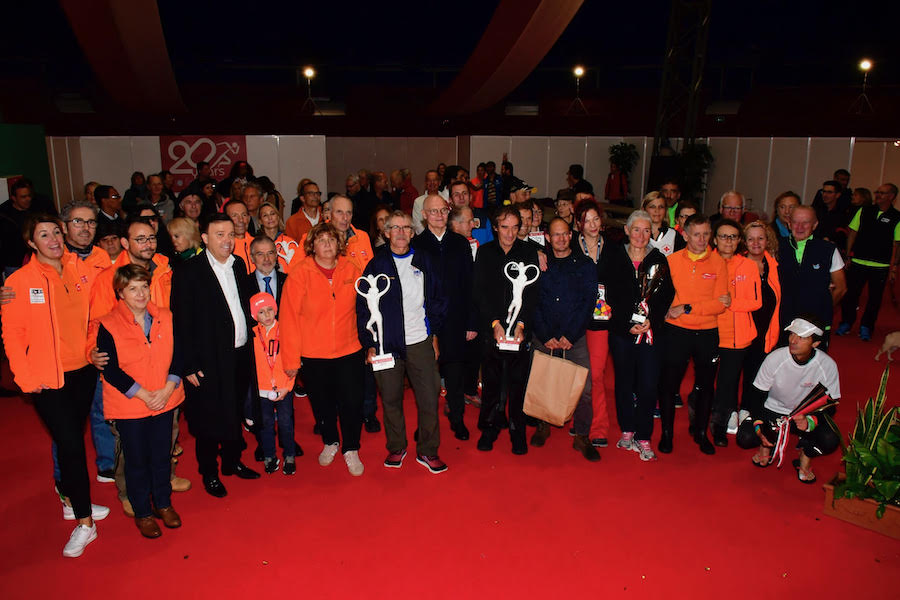 This year’s No Finish Line was forced to stop one day earlier due to the weekend storms, which left one competitor hospitalised with a fractured pelvis after being swept away by a wave.

Officials in charge of the annual charity race made the decision to cease the race on Saturday 23rd November at 5pm after only 171 hours of total race time, lessening the event by nearly a full day.

The dangerous weather conditions prevented nearly 2,600 participants from joining in, and it contributed greatly to this year’s goal of achieving 450,000 kilometres via walking or running.

Despite the weather, the total number of entrants was still an impressive 11,624, comprising 347 teams and nearly 300,000 kilometres racked up. As compensation for losing a full day of the race, Children & Future opted to pay €1.20 per kilometre, rather than the €1 originally agreed upon, thus ending up with a grand total of €351,151 destined to finance 20 projects and programmes aimed at helping sick or underprivileged children.

Three-time winner Mimi Chevillon was first for the women and fourth overall with 628 kilometres. After her was Paola Coccato Zurcher with 599 kilometres and Annick Fouchard Djebli with 554 kilometres.

The best performing team was Collaboration United We Stand, who came in with a grand total of 18,900 kilometres, followed by the Cardio-Thoracic Centre of Monaco with 9,796 and third was the CMB with 9,601 kilometreese under their belts.

Cathy Muller won the No Finish Line Trophy for the ladies by participating in more than one NFL this year, Paris and Nice. Patrice Latch was the men’s winner, having participated in all six No Finish Line’s this year. He was also presented with a special award for this accomplishment.

Meanwhile, the Monaco Government has been forced to defend its decision to keep the race going, despite an orange weather alert at the time. “We will analyse this 20th edition with the organisers to draw maximum lessons for next year’s race,” said the government, according to Monaco Matin. “We will consider several options, for example, professional safety coaching or the relocation of the race to another area of ​​the Principality, better protected, which would make it easier to accommodate the many participants in bad weather. ”