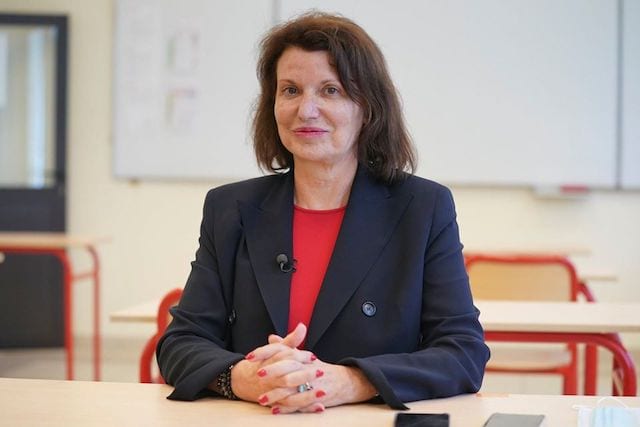 The oral exam for the baccalaureate in Monaco is cancelled this academic year and third trimester will not count towards final results, in line with a decision by France’s education department.
As part of its new phase of deconfinement, the French government announced on Thursday that the French baccalaureate oral test will not be applied for the 2020 academic year.
In a press conference on Friday, Isabelle Bonnal, Director of National Education, Youth and Sports confirmed that the same will apply in Monaco, because “the Principality of Monaco applies French educational programs for public and private establishments under contract.”
Only results obtained during the first two months of the academic year will be assessed for the baccalaureate. However, students are still encouraged to go to classes for the remainder of the final term.
“The student’s progress observed after the reopening of high schools will be indicated in comments in the school booklet. Likewise, assessments will be made of the school book concerning the pupil’s attendance and their commitment to school work during confinement and until the end of the year,” said Ms Bonnal.
Monaco first announced on 3rd April that final exams of the baccalaureate would be cancelled in favour of continuous assessment. Friday’s announcement confirmed Monaco’s position.
Only the grades of the first two terms will be taken into account as part of continuous assessment to obtain the baccalaureate.
As every year, the baccalaureate diploma will be decided by a committee of the Academy of Nice chaired by an academic and composed of inspectors and teachers. The jury will analyze the candidates’ school work, study the academic results obtained by each candidate during the final year of the first two terms (as well as the first year) and take note of the assessments made by the teachers.
With regards to a return to a larger number of classes, like France, Isabelle Bonnal said the department would “carry out an inventory in order to judge all the opportunities for additional openings, perhaps two to three days a week, and always respecting the health security of students and staff.”
The only oral tests maintained are those of pupils who fail to obtain the baccalaureate in continuous examination.