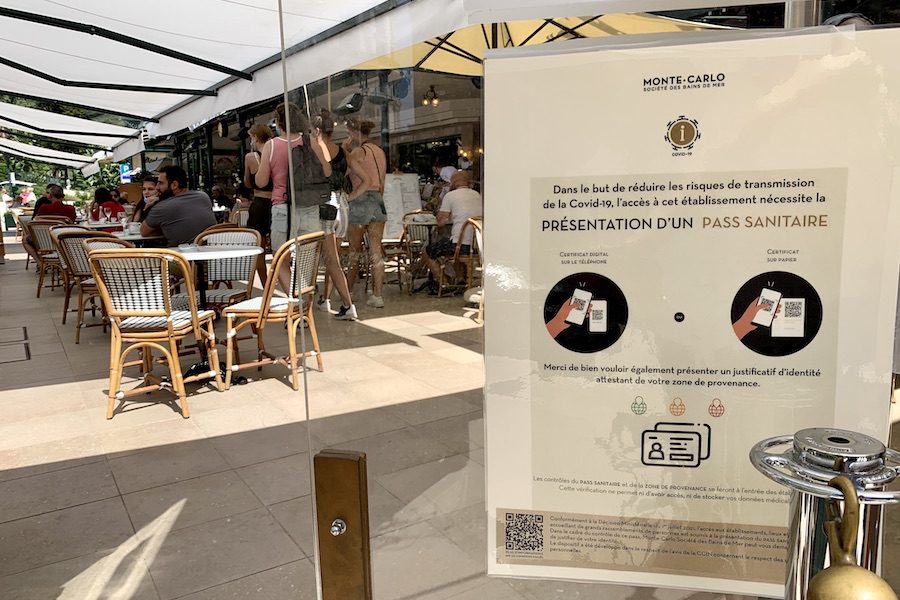 The Monaco Government has confirmed that it will not introduce a vaccine pass, which has been deemed constitutional in France and will take effect from Monday 24th January. However, the pass will still be required for residents crossing the border.

France’s Constitutional Council on Friday approved the country’s new Covid-19 vaccine pass. The controversial vaccine pass will replace the health pass in France for people aged 16 and over, and will be required for entry into public spaces such as restaurants, cinemas and concerts. The only place a vaccine pass will not be requested is in health establishments.

The new pass is part of President Emmanuel Macron’s plan to make life difficult for the country’s unvaccinated population to compel them to get Covid shots.

The Monaco Government, however, is not following suite, announcing late Friday that it will not impose a vaccine pass on its population and will maintain the current health pass.

But Monegasque citizens and residents will have to comply with French regulations when crossing the border.

The vaccine pass certifies that its holder has completed a full vaccination schedule or has fully recovered from Covid-19 within a six-month period.

France’s Constitutional Council approved legislation allowing for bar and restaurant managers to check a person’s identification alongside the pass to curb the use of fakes or certificates belonging to a third party.

As of 20th January, 78.1% of France’s eligible population was fully vaccinated. From 9th January, vaccination was open to people aged five and over, reducing the country’s overall vaccination figure.

In Monaco, only people aged 12 or more are eligible to receive a Covid shot and, according to the latest statistics by IMSEE, 70% of the resident population have completed a full vaccination scheme.

Lifestyle & Wellbeing Cassandra Tanti - March 30, 2021
IMSEE has provided a clear snapshot of the health and mortality impact of Covid-19 in 2020 on the Principality in a comprehensive new report.

Lifestyle & Wellbeing Cassandra Tanti - June 9, 2021
The National Council has called on the government to lift a number of Covid-related restrictions in Monaco, including the curfew and mandatory mask wearing outdoors.