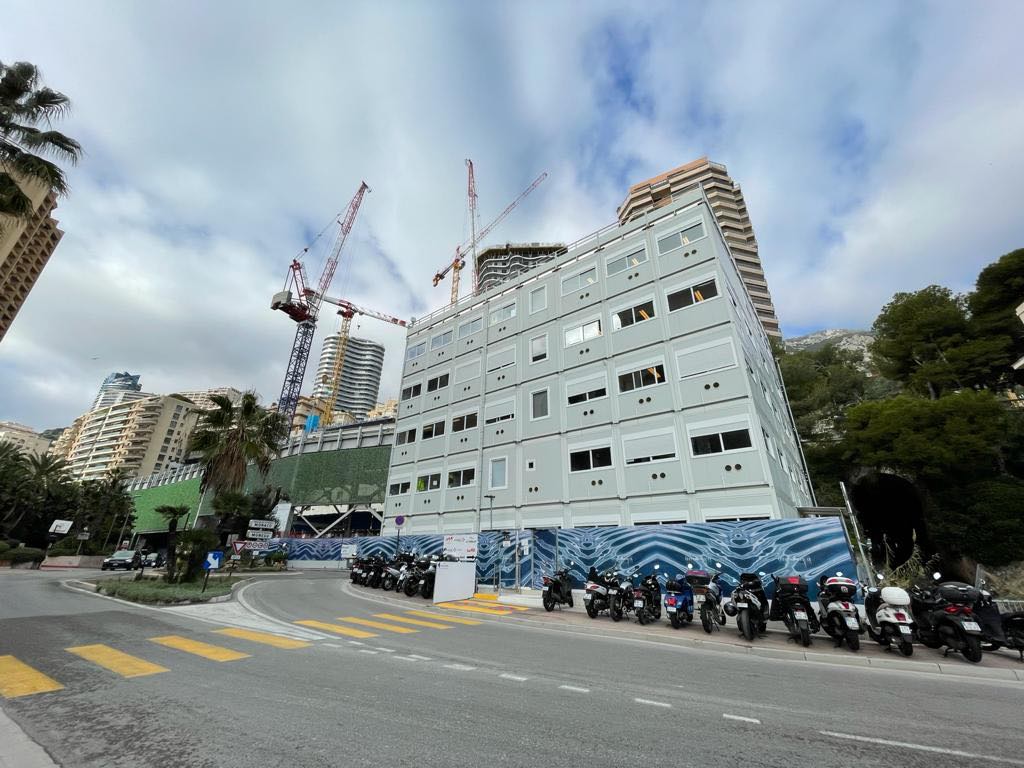 The government has warned of sound disturbances at night for the next fortnight as new worksite containers are transported to the Testimonio II construction site.
Testimonio II is an enormous project that is currently being erected on the last remaining large-scale building plot in the Principality, stretching from Boulevard d’Italie to Avenue Princesse-Grace – just a stone’s throw from the Monte-Carlo Bay Hotel and Resort.
By the time it is finished in 2024, Testimonio II will offer 339 housing units in two residential towers, a 50-place nursery, and a new site for the 700-student International School of Monaco. Meanwhile, 54 grand Bay House apartments will be provided for luxury living, as well as five magnificent villas each with their own private roof gardens and pools.


Work began on the site in the second quarter of 2017 and is now picking up pace, requiring a number of worksite containers to be erected on site for labourers.
In a statement on Thursday, the government said the public can expect sound disturbances between 7pm and 1am until the end of the month as the containers are transported at night, so as not to disrupt traffic during the day.

Photo by the Government Communication Department