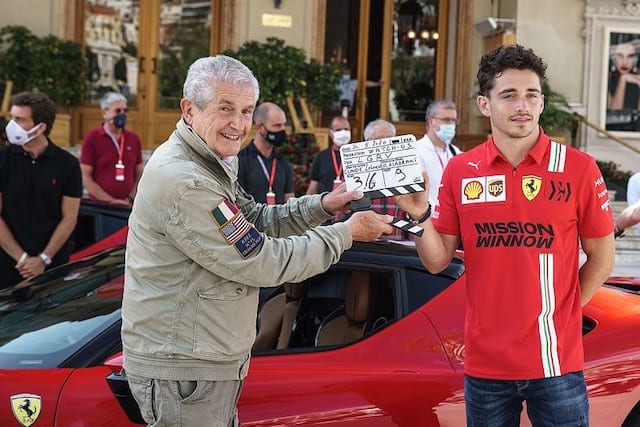 It was a Monaco Grand Prix weekend like no other, with not a single car racing around the Principality, save for a Ferrari being driven by Monegasque pilot Charles Leclerc with Prince Albert in the passenger seat.

The new Casino Square was closed off for the filming of short film Le Grand Rendezvous by French director and cinematographer Claude Lelouch on Sunday 24th May.

Ahead of the final take in his cameo role, Leclerc was joined by Prince Albert in front of the Hôtel de Paris, where the two ‘masked’ men bumped elbows before setting off in a Ferrari SF 90 Stradale, the roar of its hybrid V8 sending out a message of optimism and signalling a first step towards the return of motorsport, film and social life in the Principality.

Ferrari Chairman John Elkann, Prince Andrea Casiraghi and Prince Pierre Casiraghi with his wife, Princess Beatrice Borromeo, also visited the set. Thanks to a progressive lifting of the lockdown in France and Monaco, the shoot was also watched by a group of excited onlookers from the balconies and the streets carefully supervised by the local authorities.

Le Grand Rendezvous is a sequel to the 1976 cult classic C’etait un Rendezvous, in which the director himself illegally raced around the streets of Paris at the crack of dawn clocking speeds in excess of 230km/h. The film languished underground for 26 years, as the city was none too thrilled at the driver’s dangerous antics, though without the proof, they were not able to convict Lelouch of anything more serious than a traffic infraction.

This time, the filming was completely legal, and the Prince’s complicity proved that beyond doubt. As Leclerc took to the Grand Prix circuit, he hit speeds of over 240km/h and completed a lap in one minute 51 seconds.

The short will be aired on 13th June on Canal Plus. 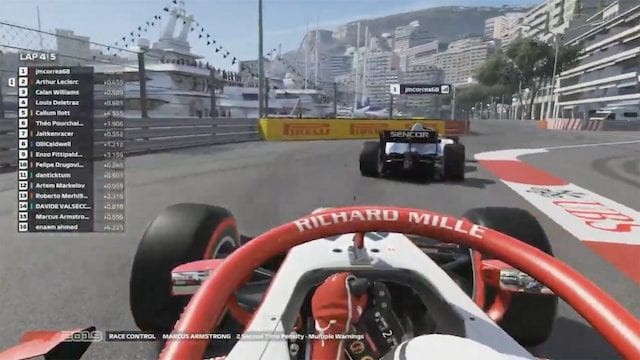 But wait! There’s more. Later in the day, the Virtual Monaco Grand Prix took place and saw 22-year-old baby-faced British Williams pilot George Russell win the day by over 39 seconds. Leclerc was in a comfortable second place, until with under three laps to go, Mercedes driver Esteban Gutierrez came up from behind and the two collided at the exit of a tunnel. Leclerc was pushed into third, giving Gutierrez his best finish of the series. This third place finish marks Leclerc’s fifth consecutive podium finish.

Arthur Leclerc made news as well, winning the virtual F2 race on his home turf, albeit on a technicality. He was sitting pretty behind Juan Manuel Correa, and would have surely been in the number two spot, except Correa was hit with two time penalties, raising Leclerc to the top spot. It should be noted the younger Leclerc brother also came in 5th place in the Formula 1 race.

Exciting day all around!

Local News Luke Entwistle - January 17, 2022
Pigeons occupied the pitch for much of the match, even changing halves with the players at half-time, confident that their feeding wouldn’t be threatened by a Clermont offensive.