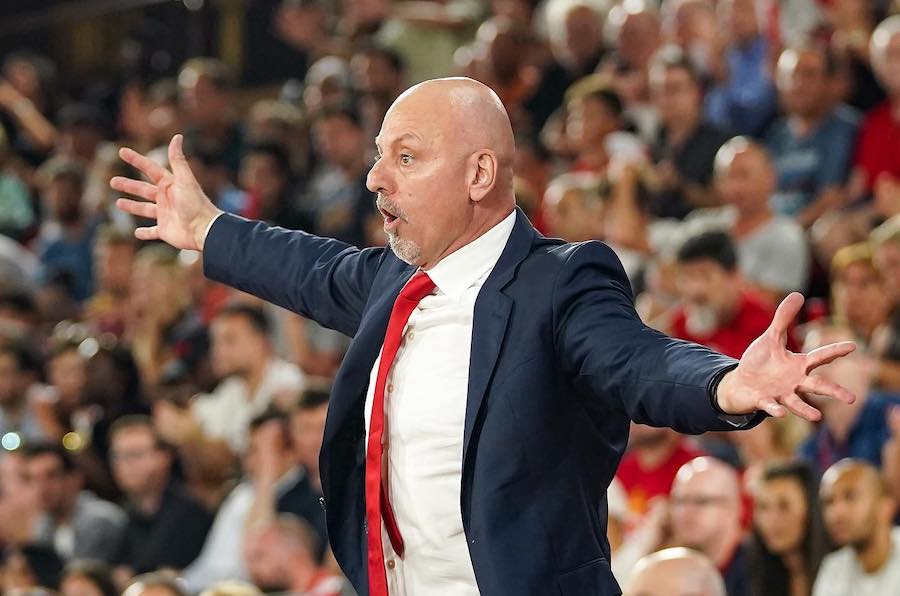 AS Monaco Basketball manager Sasa Obradovic has signed a three-year contract, keeping him at the club until 2025. The Serbian coach’s mid-season appointment provided the club’s impetus towards the Euroleague play-offs.

The announcement comes a fortnight after the final game of the season when Monaco narrowly lost their Betclic Elite final series against Lyon-Villeurbanne (3-2). He also took the club to the Euroleague play-offs in their debut season, becoming the first club to do so.

Speaking in a press release, Obradovic reflected on last season, saying: “We lacked the title at the end. When I arrived, the situation wasn’t good. Lots of things had to change within the group in order to find chemistry between the players. When we look at the final report, we can say that we carried out some very good work considering the path that we took… We represented Monaco well on a domestic, as well as a European level.”

It is Obradovic’s second spell as manager of the Roca Team, and the second time he has arrived mid-season, this time taking over from Zvezdan Mitrovic, who himself has also had two spells at the club.

There are more parallels to be drawn. In that season, Obradovic took Monaco to the Betclic Elite final, and also lost 3-2 against Lyon-Villeurbanne. Now Obradovic is hoping to diverge from those historical parallels and write a new story.

Whereas in 2020 he parted ways to compete in the Euroleague with Red Star, he is now hoping to consolidate and build on his first season success at Monaco. “The expectations will be higher than last season, and we mustn’t hide from that, quite the opposite. Winning the French championship is important for the club, for Monaco, and for the fans. We should establish ourselves even higher in the European landscape, in the Euroleague, not only next year but in the following seasons as well.”

The latest contract is a sign of faith from the club’s hierarchy that he is the man to bring home that elusive title, and turn Monaco into a European force, whilst it also underlines Obradovic’s commitment to the project. With the ambition within the club, there is no reason why this ongoing partnership won’t reap silverware in the coming months and years.