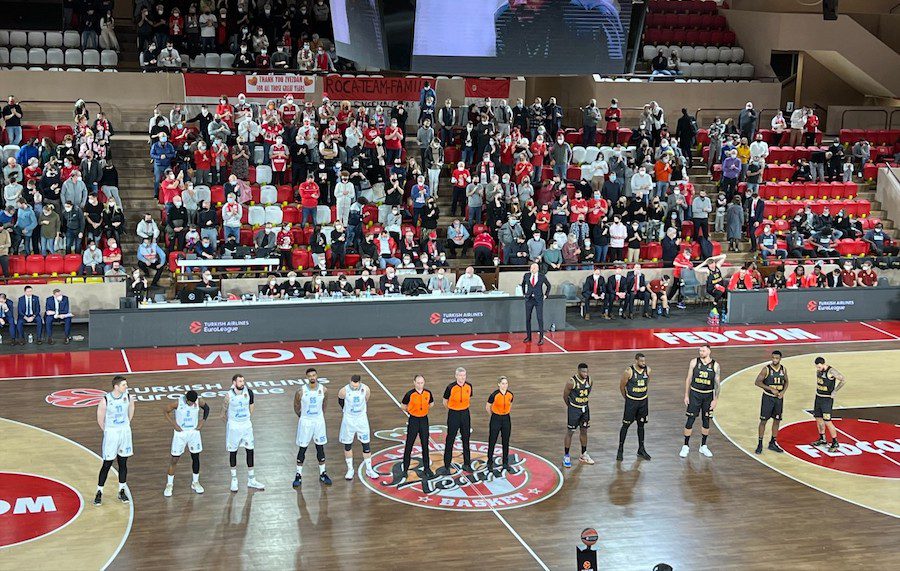 A dominant fourth quarter performance from Zenit Saint Petersburg condemned the Roca team to another home defeat in the Euroleague on Friday, the first of Sasa Obradovic’s second reign as coach.
For the fixture, Monaco were missing some key stars, Rob Gray and Paris Lee – the major absentees, leaving Mike James as the only point guard in their roster.
Coming into the game on a high following their overtime victory in Lithuania midweek, Monaco began the game slowly. This despite the support of the buoyant home fans, who packed the hall to welcome Obradovic back to the Principality.
The Roca team’s inferior accuracy was immediately apparent. Donatas Motiejūnas, who has been prolific in recent games, looked way off the pace, registering a meagre 33% of his two-point attempts in the first-quarter.
Jordan Loyd and Billy Baron were a thorn in Monaco’s side throughout the night, and their accuracy, outside the key in the first quarter in particular, gave the Principality side a mountain to climb.
The Roca team, however, were formidable at manufacturing space within the key all night, and by half-time that seemingly insurmountable mountain had been climbed. Dwayne Bacon was instrumental in the side’s comeback, scoring 15 points before the break.
The comeback was completed early in the third-quarter, Danilo Andjusic coming to the fore this time, chipping in with a smattering of field goals and free throws. Monaco therefore went into the final quarter with a slender 57-56 lead.
But the Roca team couldn’t hold on. St. Petersburg blew Monaco away in the final quarter, with some incredible three-point finishing that the Principality side simply couldn’t match. Loyd finished as St. Petersburg’s top scorer with 20 points, and a 100% accuracy rate outside the key.
Bacon’s individual efforts (21 points) weren’t enough to seal victory, and the game was wrapped up with time to spare, with the mass exodus of home fans from the Salle Gaston Médecin taking place before the final buzzer.
Post-match, Obradovic was full of praise for his star performer on the night. “He is a great prospect. He hasn’t even reached his maximum. I believe he is one of the best wingers in the Euroleague.”
The Serbian match also bemoaned the lack of preparation time, saying, “It isn’t easy without practice to prepare for the game. The guys fight, which is important, but you have to fight with a plan.”
Once more, Obradovic will have little to no time to prepare for their next fixture, as his side come up against Limoges at the Salle Gaston Médecin on Sunday.
https://www.instagram.com/p/CXqU31dMHMq/?utm_source=ig_web_copy_link 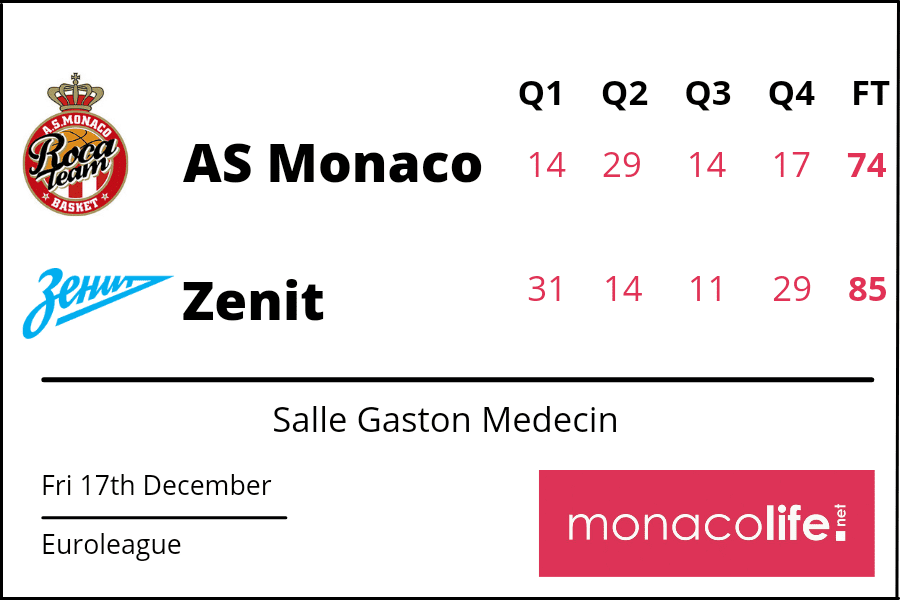