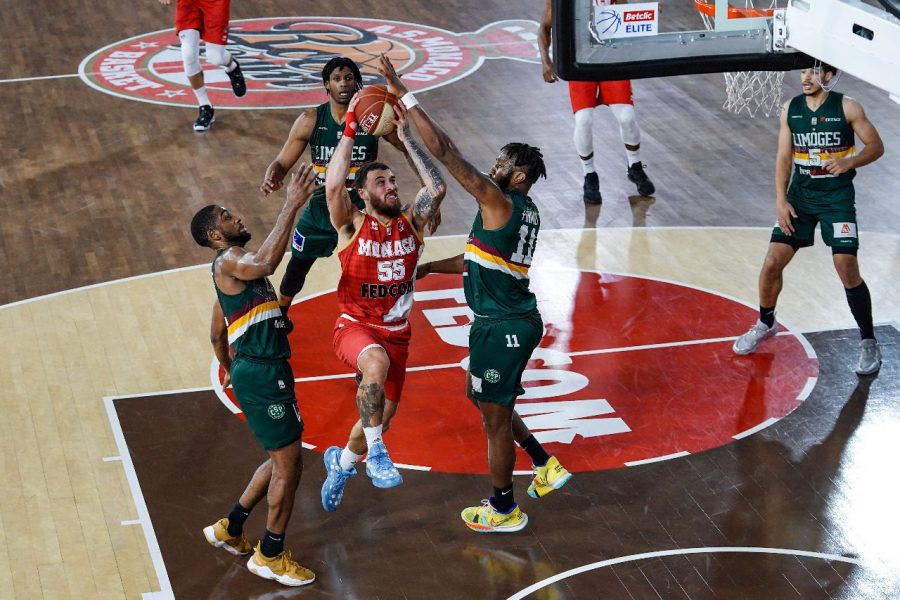 Another poor first-quarter from Sasa Obradovic’s men left AS Monaco Basketball with an insurmountable mountain to climb as Limoges condemned the side to a second defeat in 48 hours on Sunday.
Despite ultimately losing to a quality Zenit side on Friday, Monaco did mount a spirited comeback, at one point taking the lead, but this wasn’t to be replicated at the Salle Gaston Médecin. Limoges, having hit the front early, consolidated the game with some excellent game management, only narrowly losing one quarter.
Monaco started strongly under their new manager, but their recent dip in form has arrested any momentum that the new appointment gave them. What has been witnessed under Obradovic’s reign thus far is a continuation of the levels of inconsistency that ultimately saw Zvezdan Mitrovic and Monaco part ways.
Obradovic, however, has the excuse of a lack of preparation, a source of great bemusement to the new coach, who expressed his frustration after Friday’s match against Zenit. “It isn’t easy without practice to prepare for the game. The guys fight, which is important, but you have to fight with a plan,” said the Serbian.
Coming into the game with little to no preparation, Monaco couldn’t match Limoges’ intensity. The away side’s aggression in defence deprived Monaco of chances whilst also preventing ample opportunity to counter. By the end of the first-quarter, the away side had built a comfortable 10-point advantage.
Prince Albert II watched on from the stands as Limoges continued to eke out their lead in the second-quarter. The Roca team had Danilo Andjusic to thank for not being completely out of sight at half-time, his 27 point-haul on the night a season best for the Serbian player.
Andjusic was once again instrumental in the third-quarter as Monaco set about reducing the deficit. As the scorer of over a third of Monaco’s points on the night however, the Serbs’s efforts weren’t backed up by his teammates, and were therefore ultimately in vain. The Principality side slumping to a 73-83 loss.
Point guard was the first to admit this in a starkly honest post-match tweet: “I’m awful right now, but I’m also going to get better.”
Obradovic was equally as frank in his post-match assessments, but once again saw the lack of preparation time and his depleted roster as a key factor. “With all the players that we are missing, and the frequency of the Euroleague matches, I think there was a bit of fatigue in my team. But despite all of that, we can’t complain. We should have done better, a lot better.”
Obradovic will have the opportunity to get the Roca team’s season back on track as his side travel to face ALBA Berlin on Wednesday. 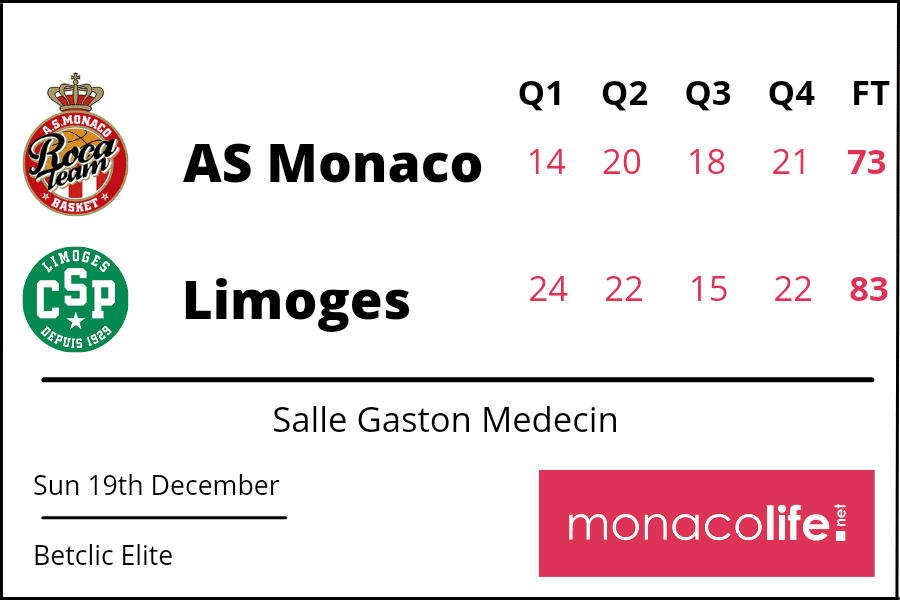