Home News Local News Obsession of the Week: Romain Antonini the Artistic Director and Stylist to...

Obsession of the Week: Romain Antonini the Artistic Director and Stylist to your favourite music stars 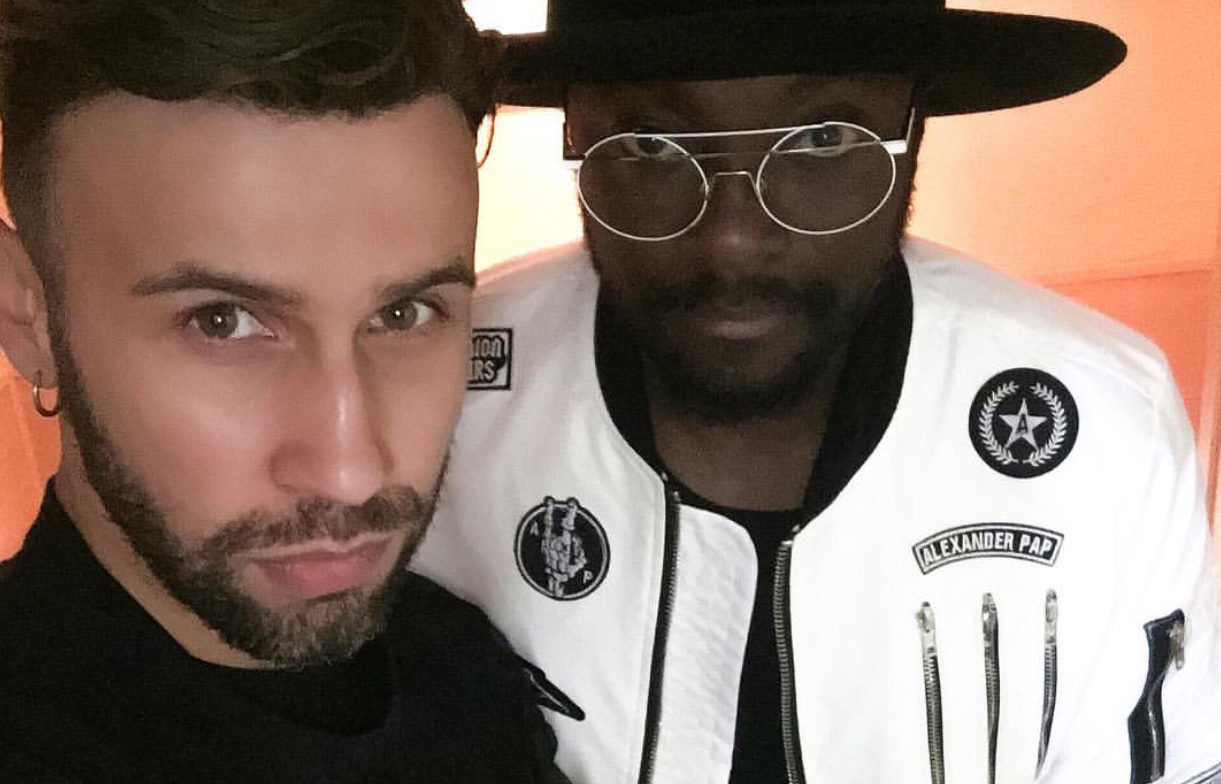 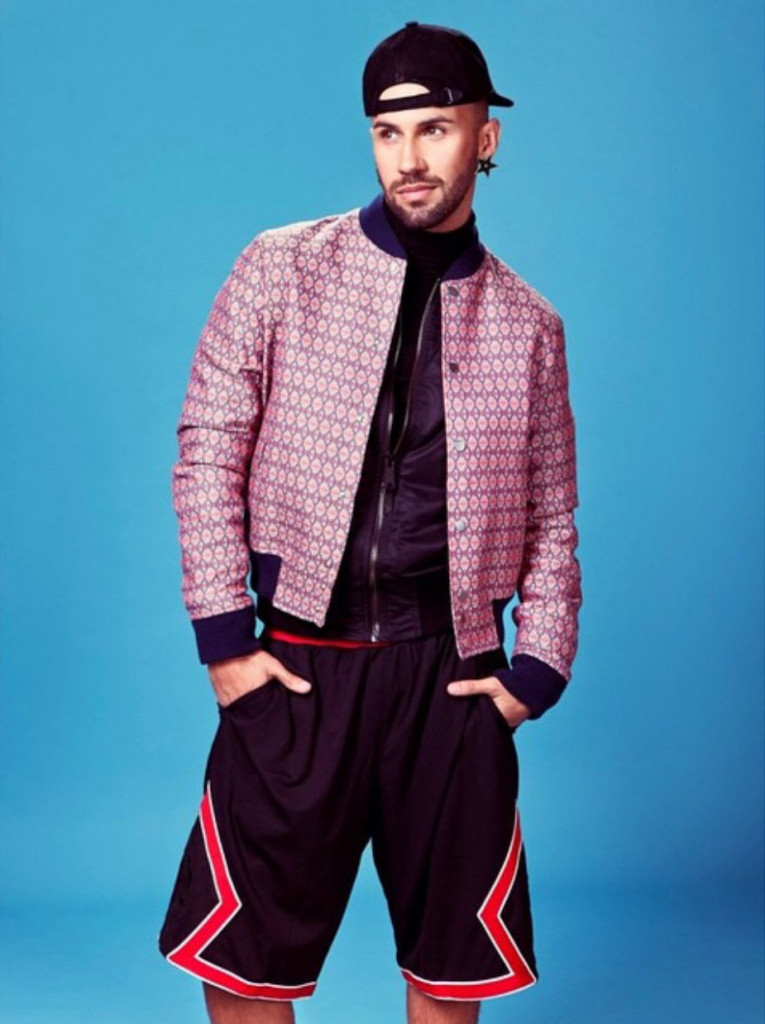 Ah, the magic of social media bringing people together. In 2017 you can’t deny the influence it plays in our daily lives interacting with the world around us. Just by casually scrolling your Instagram feed and liking a picture of someone with the same pair of shoes as you can give you a connection, a sense of belonging like you’re both part of the same fashion tribe.

So while in the midst of an Instagram hole (basically when you get lost bouncing from profile to profile clicking on people you see on the previous person’s page), I came across Romain Antonini – aka @rudeboyroro – who I saw was geotagging CANNES at that moment.

A quick scroll down and I was obsessed with his style. Totally my mood. More is more. I knew I had to get in touch, so I did and we began bonding over our respective works in the fashion industry and Balenciaga Triple S sneakers vs the Speed Trainers. When he agreed to meet me in between his hectic rehearsal schedule in Cannes, I was like HELL YES. Rehearsal for what you ask? Well you’re about to find out. 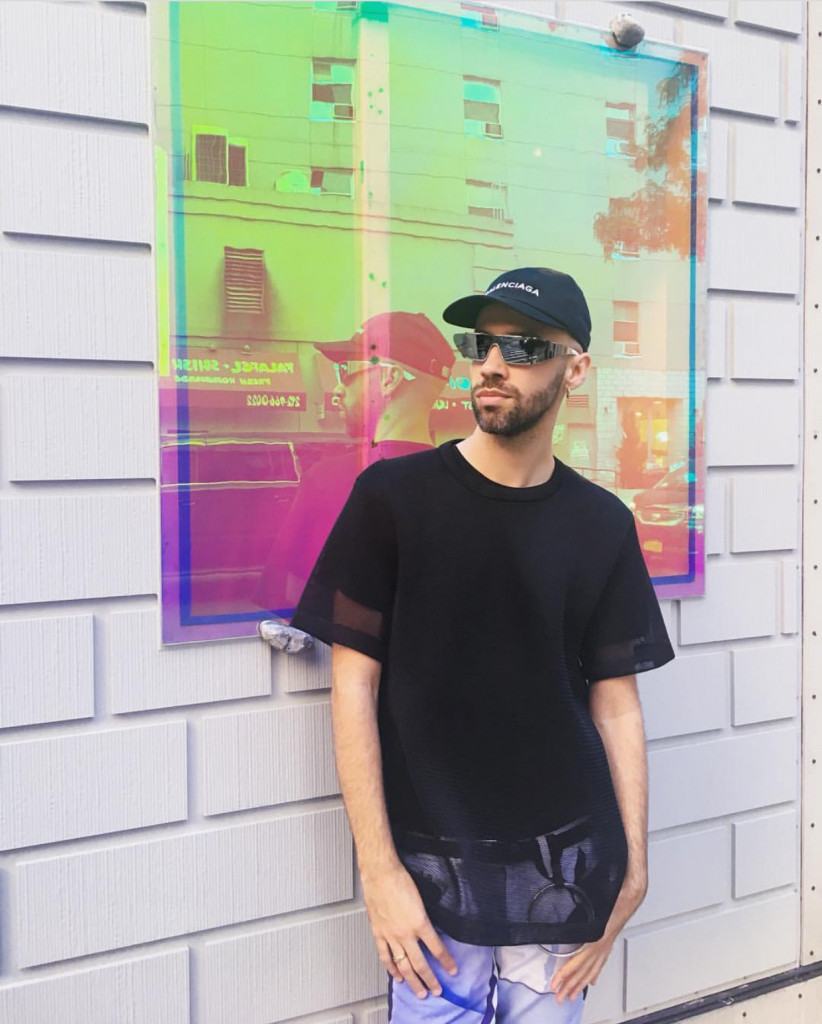 LP: What would you say it is exactly that you do?
RA: Well I’m a dancer/choreographer, I danced on X Factor for a while and was a Stage and Artistic Director for TV shows like The Voice and The Voice Kids in France. Also I do artistic direction for music videos and image direction and styling for musical artists. I don’t really do editorial work for magazines because I feel like there’s more personality to be shown in real life.

LP: How did you get into this?
RA: I opened my own dance studio when I was 18 in Paris and after that I moved to Los Angeles for three years. When I came back to Paris, I was dancing for different artists including Matt Pokora and Shy’m who noticed that I had a cool personal style. They began asking me if I would style them for some television promos and then that turned into personal and performance styling. 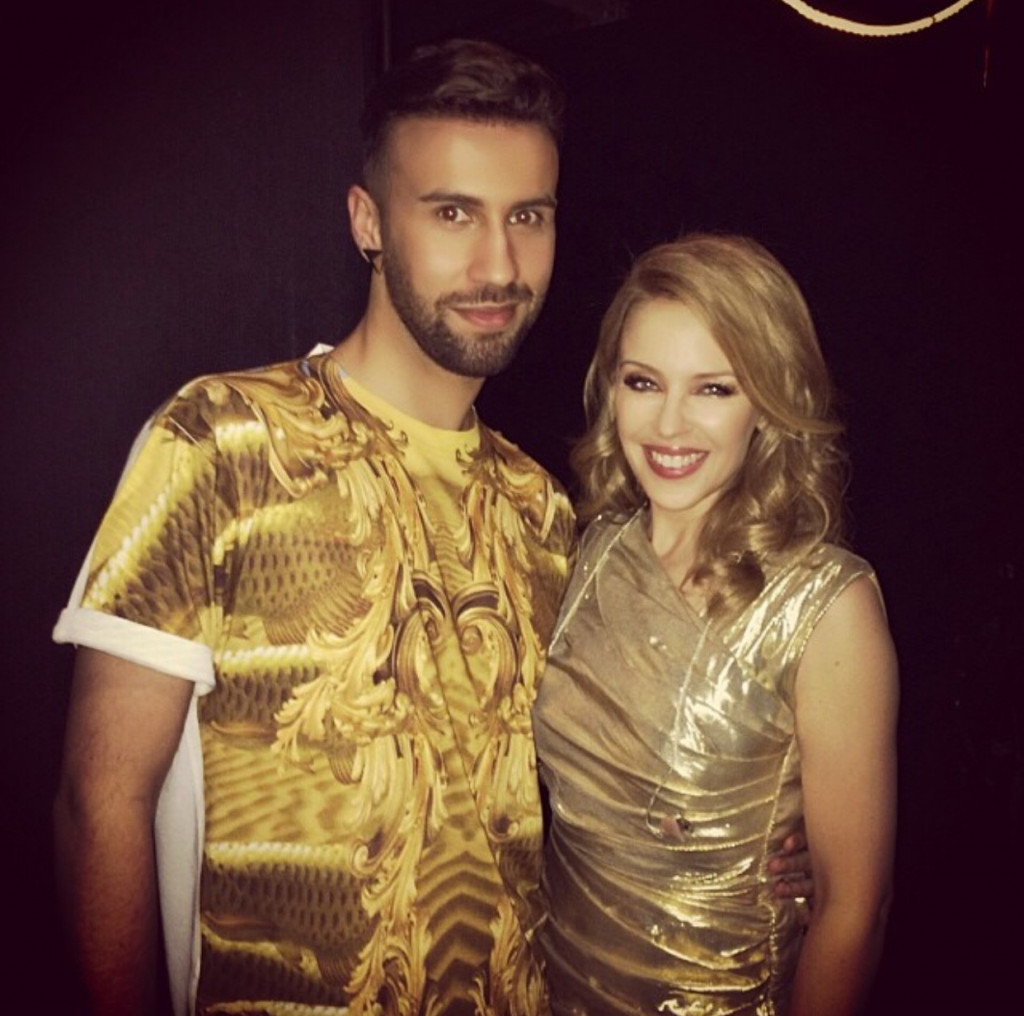 LP: What have been some highlights of your career?
RA: Oh, there have been many! I would start with when I was in Los Angeles I starred in a indie film called “Leave it on the Floor” about the gay black ballroom scene (voguing and such). It was directed Frank Gatson who is Beyoncé’s Creative Director which was pretty amazing.

During the Fête de la Musique in Paris I danced for David Guerra and afterwards Kelly Rowland from Destiny’s Child and now a solo artist came up to me and said she loved my dancing and asked if I would dance for her the next day. Last year I worked with Kylie Minogue, I staged and choreographed the dancers’ parts, and with Will I AM from The Voice, I staged as well. Afterwards Will I AM told me he loved my style and asked if I would style him when he was in town – which I’ve done twice. I guess people really dig my vibe!

LP: So you’re in Cannes for the NRJ Music Awards on November 4, tell me a bit about that.
RA: Well the NRJ Music Awards has 22 artists from France and the world – The Weeknd, Sam Smith, Ed Sheeran, U2, Matt Pokora – performing their greatest hits, and I am the Artistic Director of the show, as well as creating looks and styling Matt and his dancers, alongside my sister Alicia who has a degree in fashion design. It’s great because when we have an idea for a look she can create it or tell me how it will work on stage for dancing in. Actually we’ve been working on our collection together so stay tuned for that! 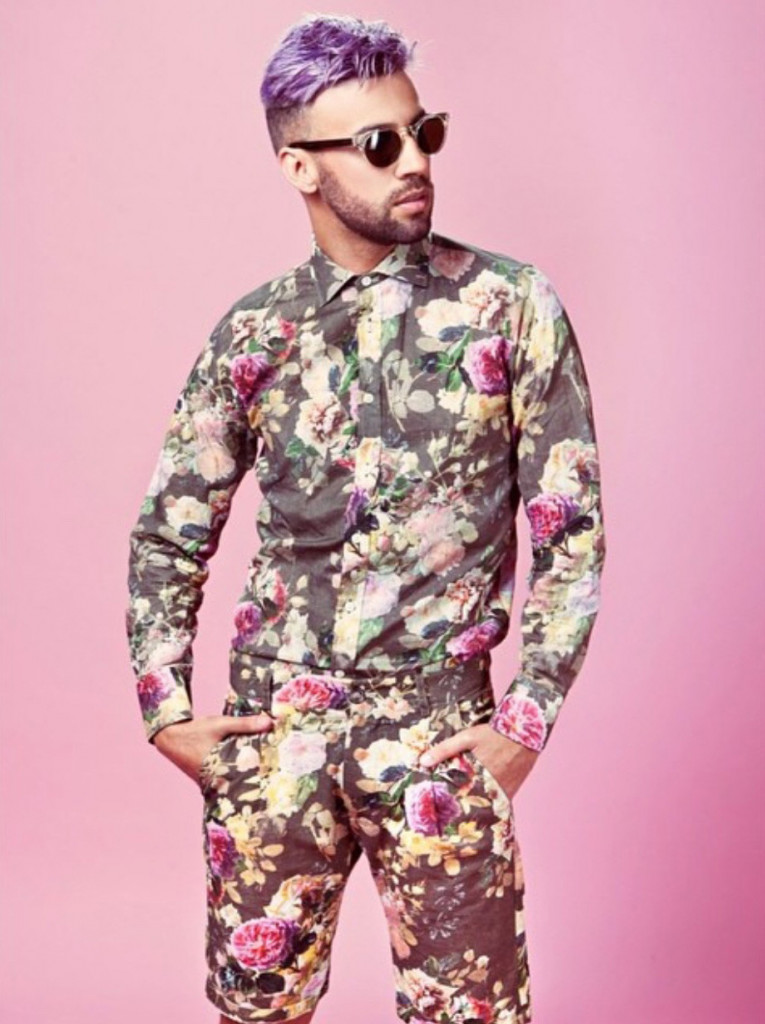 LP: That’s amazing! So working with such creative people that allow you to really express yourself and then turning your eye to the mainstream. What is a common mistake you see people making when they get dressed?
RA: Definitely people that are not dressing for themselves but rather what they see on someone else and want to copy the look, even if it doesn’t flatter their own body. Just know what looks good on you and you’ll be fine. 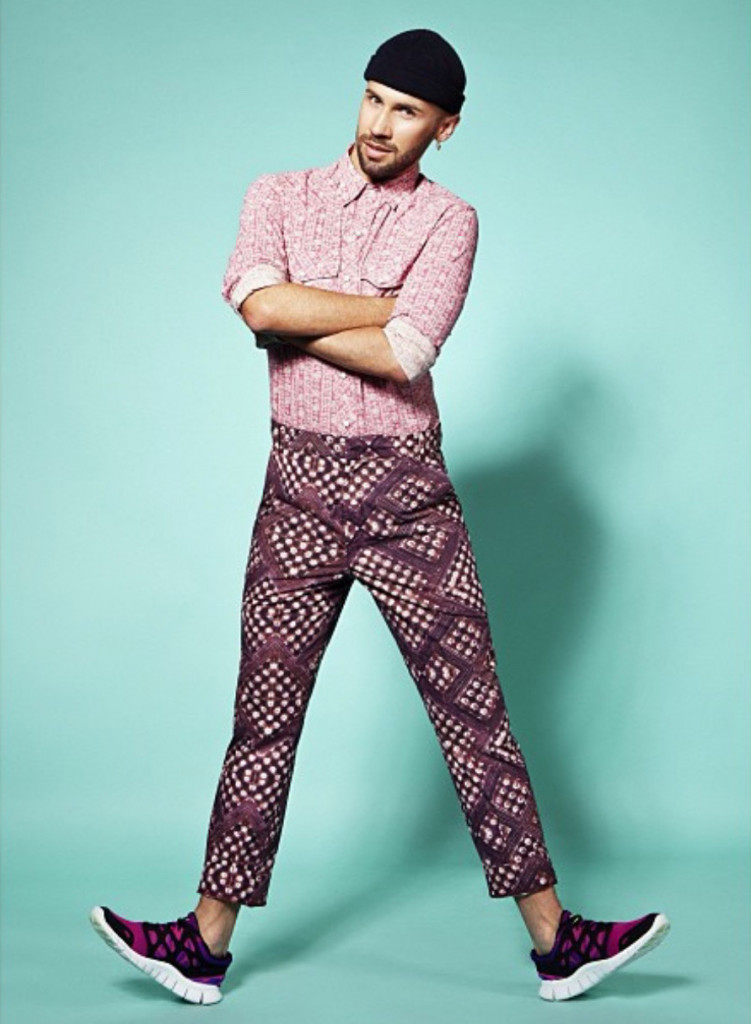 LP: What would you say is a signature Romain Antonini style?
RA: American flavour … with a French touch! I love things that are trendy, I like box volumes mixing the sport with the chic. Maybe throw in some S&M vibes with a harness or choker, currently though I’m wearing a lot of COS … you can’t be extra ALL the time!

A new way to FLOAT in style...

Local News Staff Writer - June 21, 2017
https://www.youtube.com/watch?v=fMGJfgIpunM A startup that aims to introduce the world of yachting to a new and wider market has just launched. FLOAT enables users to book luxury yacht charters individually, with prices starting from as low as €99 per person. FLOAT operates its yachts on a number of scheduled routes as shuttles. Each cruise is designed to include time to swim from the yacht, lunch at some of the world's top beach restaurants and, of course, champagne on board. Founded by Gualtiero Giori, CEO of 21st Luxury and former owner of Camper & Nicholsons, and Dimitri Semenikhin, CEO of Yacht Harbour, FLOAT will start the season by operating a series of routes around Monaco and St Tropez ahead of a planned expansion to Miami and the Bahamas by the winter. The pair say they want to bring users a true yachting experience at a price more than 20 times lower than renting out a boat for a day charter. FLOAT achieves these lower costs by letting users purchase individual tickets through its app or website as opposed to chartering the whole boat. “After working with billionaires and celebrities, amongst others, for their superyacht needs as owner of Camper & Nicholsons, I wanted everyone to be able to enjoy yachting, which meant making it more accessible and simpler to enjoy, hence the creation of FLOAT,” said Mr Giori. Mr Semenikhin added, “FLOAT brings a level of efficiency and innovation to yachting that the sector was previously lacking. In addition to exposing a whole new demographic to yachts, FLOAT's tech platform drastically reduces the complexity of chartering a yacht with its instant booking function and removes price as a barrier of entry,” Jean-Jacques Boude, a former executive at Camper & Nicholsons International, has been appointed to run FLOAT’s operations as CEO. The first shuttles will start immediately, and the company plans to expand its number of routes and fleet in the near future. The startup is also planning a membership programme enabling members to gain unlimited access for a yearly fee. Download the app from iTunes.