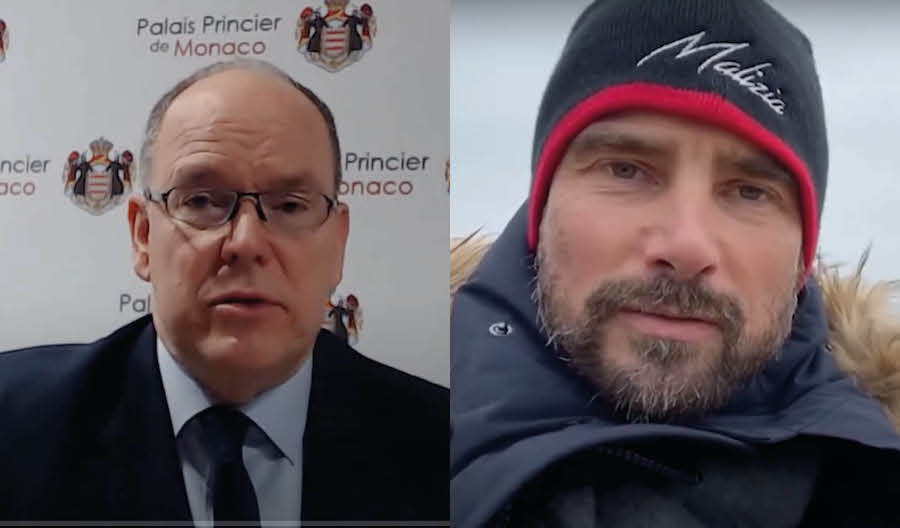 “It’s such an incredibly important but fragile relationship that we have with nature,” Prince Albert II declared during the first online event to kick off the UN’s Decade of Ocean Science for Sustainable Development on Wednesday.

They are simple yet powerful words from a man who has dedicated much of his adult life to the preservation of the environment, with a special emphasis on oceans. This is not surprising given Monaco’s maritime locale and traditional close ties to the sea, but the Prince’s interest runs deeper than that.

“Half the air we breathe comes from the ocean. We harbour so many different species, the vast majority of the species in the biosphere are in the ocean. For all these reasons, and we know this for a fact, to keep the ocean’s ecosystems in a healthy way, life on Earth will be healthier. Planetary health is essential to human health,” he told a global audience.

A Brave New Ocean brought together world leaders, scientists, UN agency heads and personalities who are engaged in ocean action.

Amongst them was skipper of the Seaexplorer-Yacht Club de Monaco Boris Herrmann, who just completed the around the world solo race the Vendée Globe. He spoke from the seaside, with his infant child strapped to his chest, stressing the importance of research and preservation.

“We collected ocean data on the boat for the fully-automated laboratory that pumps water from the keel 24/7 through a system that measures all sorts of things – salinity, the Ph, water temperature – and I believe it is … the first time that an entire trek around the world has been tracked in this nature, especially around Antarctica. There’s no shipping so there’s no data.”

He added on a more personal note: “Something for the Ocean Decade to go forward is to show the public how important the ocean is for us. We don’t want to tell our kids at the end of the decade that there won’t be any coral for them to see.”

The UN has an ambitious agenda for protecting and preserving the seas for their Ocean Decade. They are asking nations to help them meet the lofty goals of reducing or removing pollutants to create healthy and resilient oceans as well as supporting sustainability in fishing whilst protecting livelihoods.

“To reestablish the link between man and nature is vital for our survival,” Prince Albert, who was one of the first to back the concept of Ocean Decade, concluded in his message. “If we leave all the different ecosystems alone, they will rebound at a rapid rate.”
To watch the virtual A Brave New Ocean event, click here.