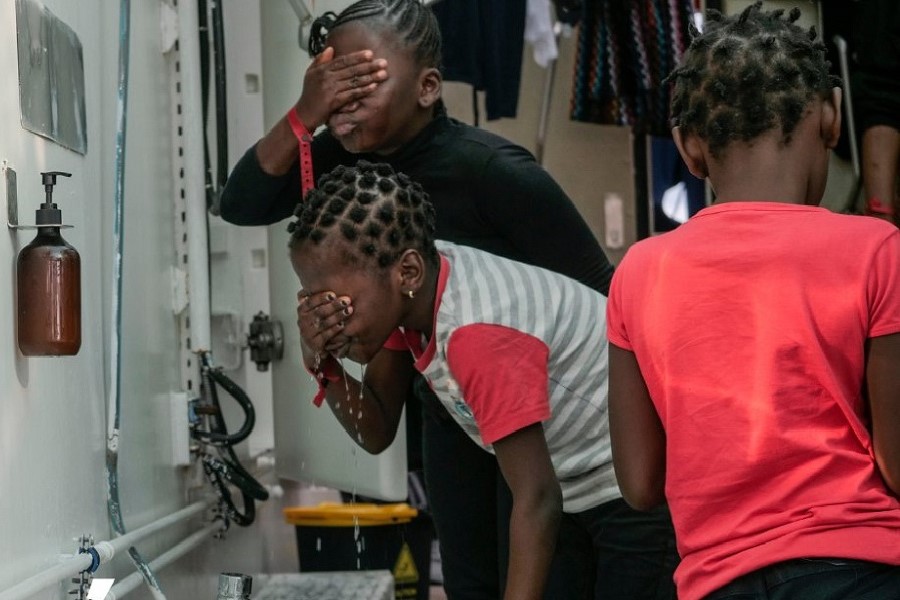 A diplomatic dispute is brewing between France and Italy over which country should take in the Ocean Viking, a ship carrying more than 200 migrants that has been stranded at sea since late October.

The Ocean Viking, a humanitarian boat run by charity organisation SOS Méditerranée, has been, quite literally, left adrift.

The ship has 234 migrants aboard – including a number of women and children, among them 40 unaccompanied minors and four infants under the age of four – who were rescued from “serious and imminent danger” by Libyan and Maltese teams in October.

Until recently, Ocean Viking had been sitting off the coast of Sicily awaiting approval from the Italian authorities for it to land. The request was ignored, forcing the boat to look for a safe harbour elsewhere, which has prompted a move toward France. It is currently heading for international waters off the coast of Corsica.

“In the face of silence from Italy and the exceptionality of the situation, the Ocean Viking has now escalated her request for a place of safety in France,” SOS Méditerranée explained in a communiqué dated 8th November.

The Italian’s newly elected right-wing and anti-immigration prime minister, Giorgia Meloni, has tried to hand off responsibility for the migrants to France, thanking them for opening a port to them, something the French have yet to do.

The French government has called foul on Italy’s refusal, with spokesman Olivier Véran saying on 9th November, “The ship is currently in Italian territorial waters, there are extremely clear European rules that were accepted by the Italians. The current attitude of the Italian government, notably its declarations and refusal to accept the ship [are] unacceptable.”

Even the European Commission (EC) has stepped in, issuing a statement making their views clear and calling for “the immediate disembarkation, at the nearest place of safety, of all persons rescued and who are on board the Ocean Viking”.

“The situation on the vessel has reached a critical level and needs to be urgently addressed to avoid a humanitarian tragedy,” said the EC. “The legal obligation to rescue and to ensure the safety of life at sea is clear and unequivocal, irrespective of the circumstances that lead people to be in a situation of distress.”

Whilst the discussions continue, there is talk of Toulon being a possible place for the ship to moor. According to Europe 1, a system is gradually being put in place in case of this eventuality and in the event of failure of negotiations between France and Italy.

Local border police are converging on the area, with the boat possibly docking as soon as Friday morning, but as yet, the fates of those on board still remains precarious.