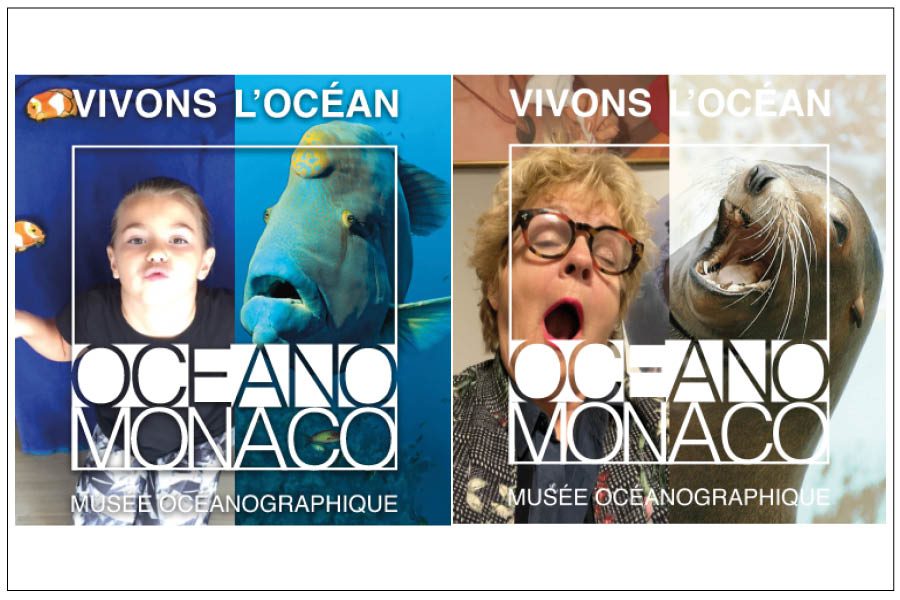 The Oceanographic Museum is organising a competition during the upcoming school holidays inviting people to imitate their favourite marine species for a chance to be the face of their next media campaign.

This half term break, the Oceanographic Museum is putting out a call for people who have a knack for impersonating to be part of a special event called #TousOceano (All Ocean). Participants will be asked to select their favourite marine species from a selection and take a photo of themselves mimicking that animal.

The objective is to create awareness of the bond that exists between humans and animal life in order to mobilise people to live more sustainably for the future of our shared planet.

Awards will be handed out, including a grand prize for the best imitation, which is to become the face of the museum’s next media campaign that launches during the Christmas holidays.

In order to take part, contestants must go online to www.tous.oceano.org or visit the photo booth located on the ground floor of the museum. A list of marine animals will pop up and players can choose between many species including the ribbon moray, the napoleon fish, the cowfish and the rayed jellyfish. Participants can photograph themselves doing their best imitation of their chosen animal, then share it on social media with the hashtag #TousOceano.

Other prizes up for grabs are Waterlover solar products from the Biotherm brand, a brunch at Stars’N’Bars, a leisure day at the Monte-Carlo Bay Hotel & Resort, a gourmet break at the Hôtel Métropole, Beuchat snorkelling equipment, a free book creation with Fabrique à Histoires de Lunii, eco-responsible items from the Museum Shop such as water bottles, bags, and toothbrushes, free tickets, and ‘Sponsor a fish’ kits offered by the Association of Friends of the Oceanographic Museum.

The Oceanographic Museum is also offering fun distractions during the school holidays including a 30- or 60-minute sea-themed escape game, their Immersion 360º virtual reality experience, the touch basin, which allows visitors to pet crabs, starfish, sea cucumbers and many other marine animals, and Club Oceano where kids aged nine to 12 spend a magical week at the museum being part of the team, participating in games and activities and learning about the sea.