Official inauguration of Honorary Consulate of Monaco in Ancona

The Honorary Consulate of the Principality of Monaco in Ancona, in Italy’s Marche Region on the Adriatic Coast, was inaugurated on March 13.

To mark the event, Professor Giovanni Puoti, the newly appointed Consul, held a reception to which representatives of the civil and military authorities as well as the Consuls of the other countries present in the region were invited.

HE Robert Fillon, Ambassador of Monaco to Italy, spoke on behalf of the Monegasque authorities and conveyed a message from Gilles Tonelli, Minister of Foreign Affairs and Cooperation, in which he recalled the importance the consular network in promoting the Principality abroad and stimulating exchanges in the economic, cultural and tourist fields.

The inauguration continued with the official designation of three new Monaco Business Tourism Ambassadors for the Marche Region, a project led by the Directorate of Tourism and Congresses with the active support of the Embassy in Italy, aimed in particular at developing partnership in events with an economic purpose, was also presented.

The day included a round table – with participation of local representatives of employers, professional bodies and elected officials participated – during which Diego Bonaventura presented, on behalf of the Monaco Economic Board, the opportunities for investments in the Principality, the rules for setting up businesses in Monaco, and the tax regime resulting from agreements between Monaco and Italy.

The Consulate of Monaco in Ancona covers the Italian Regions of Marche, Lazio and Molise. 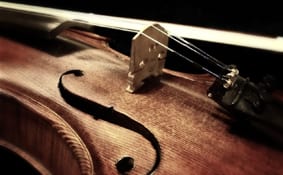 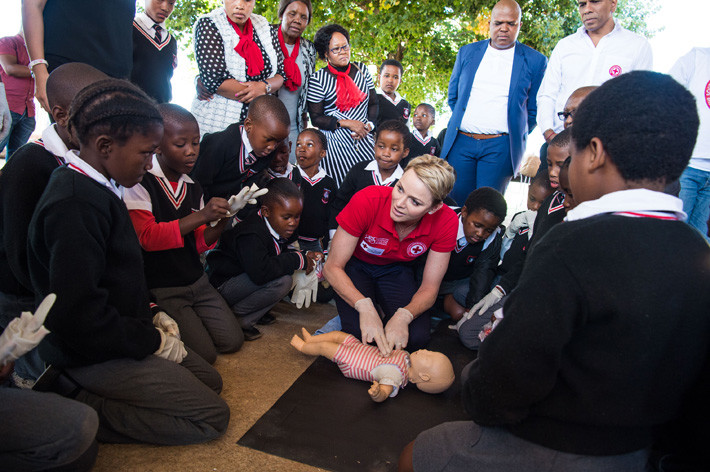 Photo: Eric Mathon[/caption] Princess Charlene returned from an eventful weekend in South Africa, where she continues to promote her foundation, with a mission in aid of water safety and drowning prevention, as well as teaching CPR. On Friday, April 21, Her Serene Highness hosted a private cocktail function in Sandton, Johannesburg, which included many of South Africa’s most prestigious names. The Princess, along with several of South Africa’s most highly-regarded athletes, addressed the group about her Foundation, which was “created to raise public awareness about the dangers of the water, teach children preventive measures, and teach them to swim”. According to the World Health Organisation, drowning the third leading cause of unintentional injury deaths worldwide and in 2012, approximately 372,000 people died from drowning, with “children, particularly in low and middle-income countries” being at the highest risk of drowning. [caption id="attachment_15776" align="alignnone" width="709"] 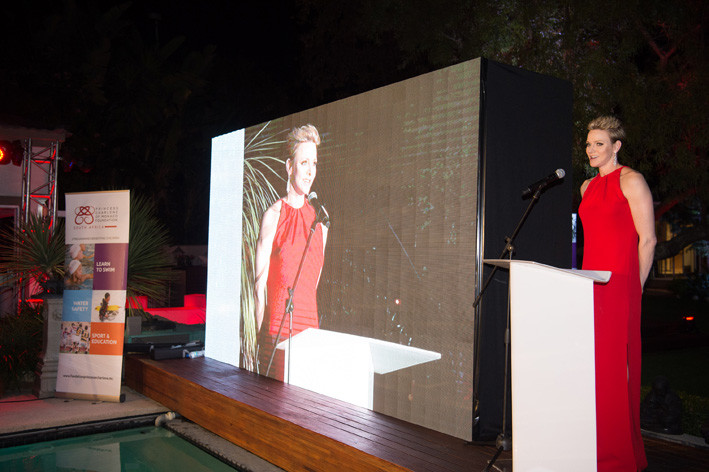 Photo: Eric Mathon[/caption] In a touching speech, Princess Charlene expressed how the Foundation is committed to saving lives. According to Her Serene Highness, “Here in South Africa, drowning is the second leading cause of accidental death after road accidents." She continued, “We can save so many lives, simply by teaching people essential water safety skills and how to swim and by focusing on one person, one family, one community at a time.” While the Princess Charlene Foundation works in 30 countries, in South Africa alone, the Foundation’s three programmes in 2016 helped over 30,000 people – Learn to Swim: 2,507 people; Water Safety: 27,242; and Sport & Education: 467. Gavin Varejes, President of the Princess Charlene of Monaco Foundation South Africa, who was in Monaco last month as part of the Monaco-South Africa Rugby Exchange, commented, “By working with children in underprivileged areas, who are at greater risk, to teach them about water safety, the Foundation is ensuring that fewer senseless deaths from drowning occur. These children can go on to live healthy and fulfilled lives, and that is key to the future of our country.” [caption id="attachment_15773" align="alignnone" width="709"] 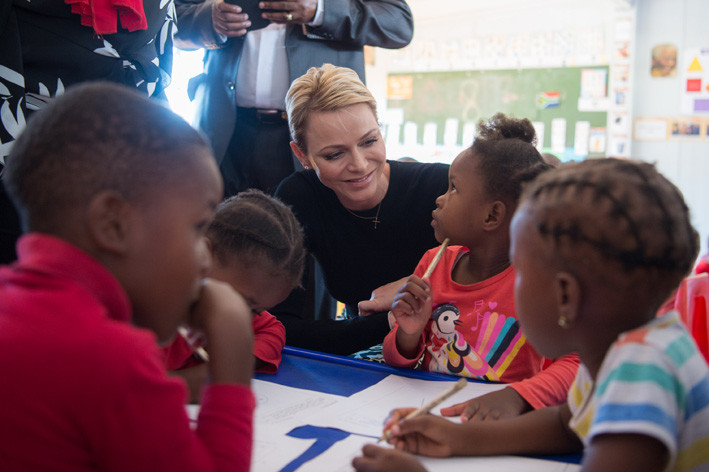 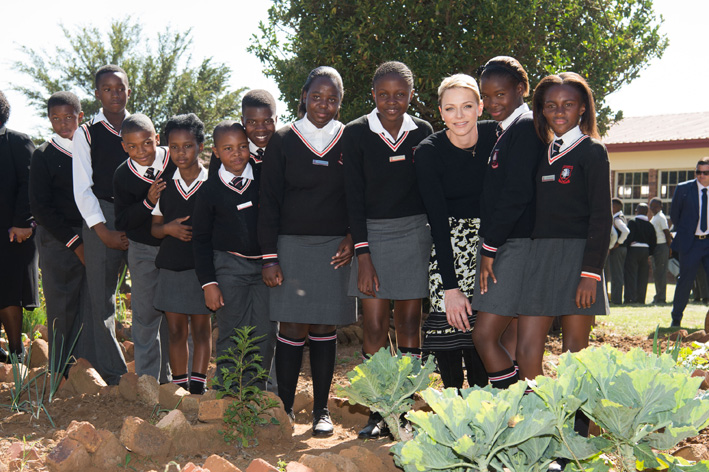 Photo: Eric Mathon[/caption] During her stay in South Africa, the Princess visited Gugulesizwe Primary School, also on Friday, to meet with staff and children, as a follow up to her visit in 2012 when she donated to the school a vegetable garden, now a thriving garden that helps to feed the community. Over the weekend, Princess Charlene, who is a Patron of the Red Cross, worked with the Red Cross SA to give teachers and children who function as the head of their households a lesson in essential first aid and CPR to help them protect their family and friends. Acting Mayor of Ekurhuleni, Cllr Lesiba Mpya, and the Mayoress, Mrs Sinazo Masina attended the event, and generously provided lunch for the 900 school children, as well as the staff and guests. [caption id="attachment_15775" align="alignnone" width="709"] 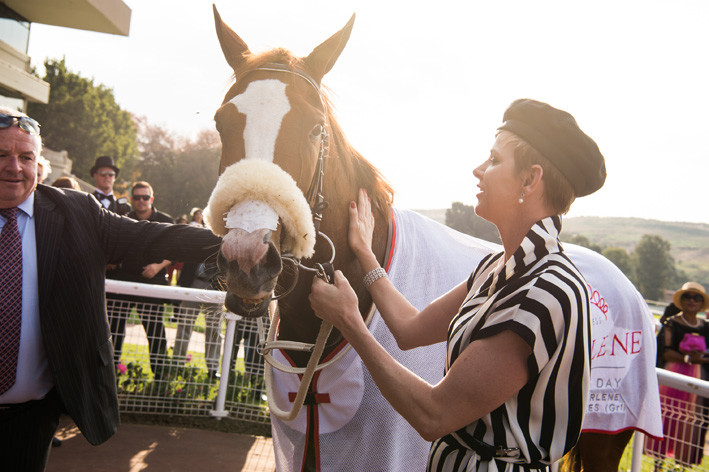 Photo: Eric Mathon[/caption] On Saturday, the inaugural Princess Charlene Ladies Day was held at Turffontein Racecourse in Johannesburg. This charity race day was created to benefit three deserving associations through a first-class sporting event for the public to enjoy and featured a raffle prize of an exquisite diamond pendant sponsored by Petra Diamonds. "It was great to see the Racing Association taking the initiative to host such an exciting charity race day at Turffontein to benefit the Red Cross, Gugulesizwe Primary School and the Highveld Horse Care Unit, three exceptionally worthwhile causes," Princess Charlene told Monaco Life. "The track was buzzing with excitement and it was wonderful to see so many families there." There were two maiden plate races on the day and the Empress Palace Stakes, each of which carried the name of Her Serene Highness Princess Charlene. After the incredible success of the day, it is hoped that this racing event will become one of the most highly anticipated events on the Gauteng social calendar, with an increasing number of needy organisations benefiting from the initiative. Article first published April 26, 2017.