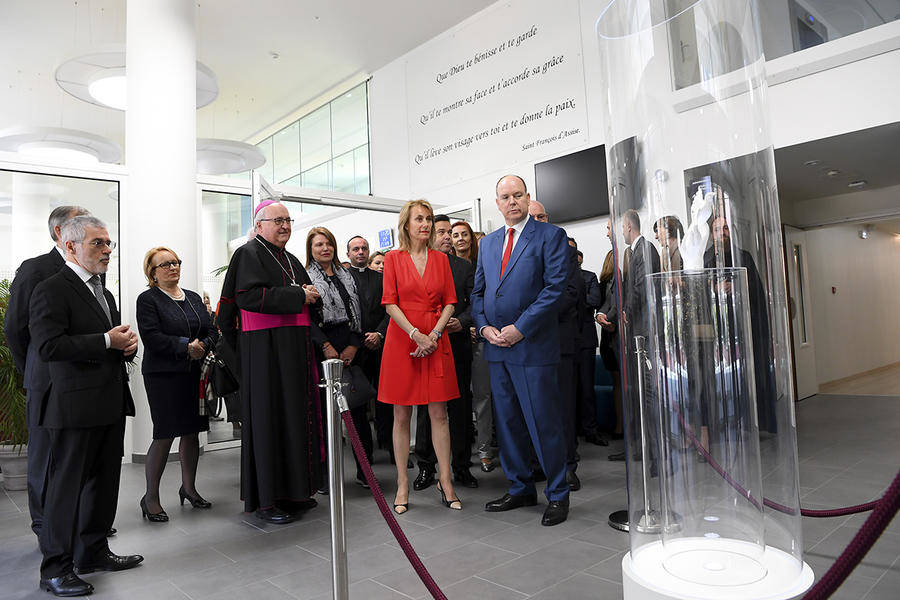 Prince Albert has officially inaugurated the new Institution François d’Assise – Nicolas Barré. While the school continues a tradition that has existed at the site for more than a century, the new establishment is equipped with the latest digital technology.

Under the leadership of Bishop Barsi, a crowd gathered in the chapel, considered the heart of the establishment. “We pray that this establishment will be a light for young people and the educational community in their search for the truth,” said the Archbishop.

“A new period in the history of the institution opens,” added Minister of State Serge Telle, “because FANB is not a building like the others: it symbolises the alliance between soul and spirit.”

Built on the site of the former school that has welcomed students for more than 130 years, the new eight-storey building complies with the highest environmental standards and, according to a government statement, “is a perfect response to the challenges facing today’s education.”

For example, all classrooms are equipped with Interactive Digital Screens (ENI) which replace traditional tables.

“Rebuilding a school is an act of faith in the future,” Barsi told the crowd.