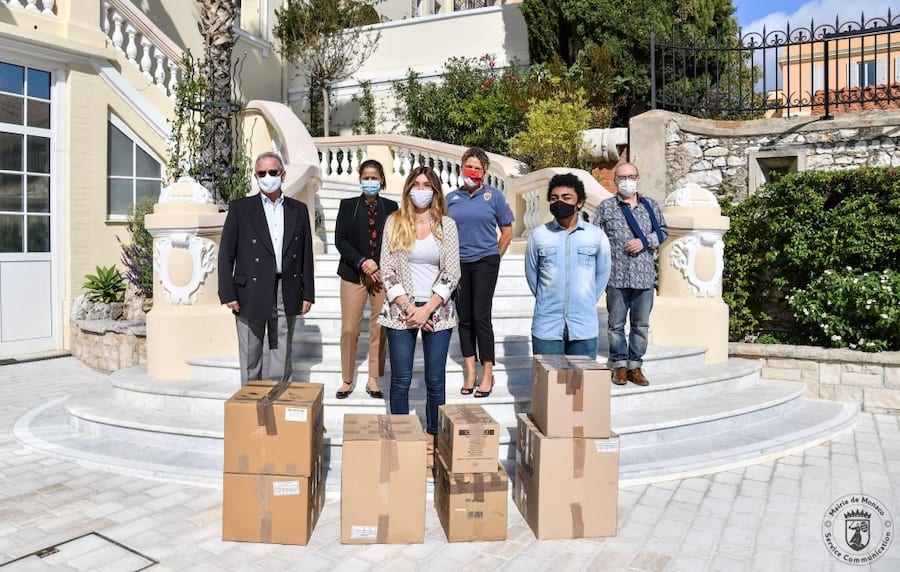 After a successful drive earlier in summer that saw 1,400 unused textbooks sent to schoolchildren in Tunisia, the Town Hall and Monaco Durable Development (MC2D) have once again joined forces for a second book drive of the year.

The two entities were contacted over the summer by other institutions who were interested in making donations, culminating in another book exchange that took place on Wednesday, 30th September.

The AS Monaco Football Club Training Centre is one such benefactor, offering a large variety of middle and high school level textbooks covering various subjects such as French, history, maths, geography, law, English and economics. In all, about 700 books were collected. In addition, the Technical and Hotel High School was able to contribute six boxes of textbooks and dictionaries, to be distributed in the near future.

Two parties were chosen to be recipients of the generosity. The first is Foot pour L’Ecole Monaco, an association that helps educate children in Cameroon notably by organising football tournaments and offering school supplies.

The second is the recipient of the last round of donations, Association Monaco-Tunisia, which was given 1,400 textbooks earlier this year bequeathed by the Lycee Albert Ier.

For Monaco, the donations represent two advantages. The first, clearly, is being able to help less-fortunate children around the world have access to up-to-date textbooks, thus enabling them to have a better shot at a future. The second is that the books, which may have otherwise found themselves on a rubbish heap, have been given a second life. Finding ways of recycling not just books, but other everyday items, rather than throwing them away adds to the efforts of the local operation Monaco Committed Against Waste (MEG).

On Wednesday, the representatives of the two associations, Alain d’Agostin and his son Clément for Foot for the School and Leïla Trabe-Chiha for Monaco-Tunisia, as well as Virginie Gollino, from the AS Monaco Football Club, gathered in the Cour d’Honneur of the Town Hall around Marjorie Crovetto, Deputy Mayor in charge of the Living Environment and Sustainable Development, as well as Raoul Viora, President of MC2D, for an official delivery of the textbooks.