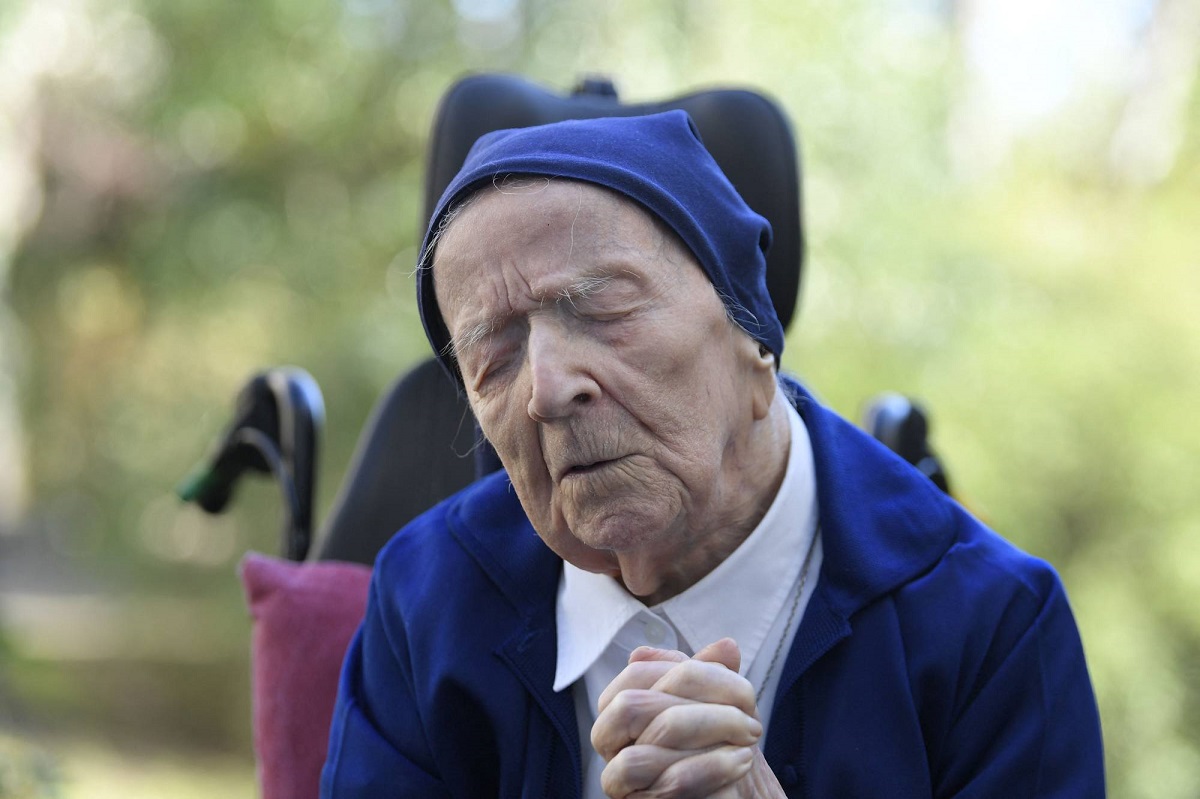 Lucile Randon, a French nun born in 1904 and the world’s oldest living person, has died in her sleep at the care home she resided in in Toulon. She previously cited work as the secret to her long life.

Known for most of her life as Sister André, Lucile Randon led a long and interesting life. Born in Alès, France, on 11th February 1904, she grew up as a protestant. She was sent to live in Marseille at the age of 12 to become a governess before moving onto Versailles four years later, where she became a teacher and governess for a prominent family.

It was during this time that she converted to Roman Catholicism and, in 1944, she joined the Daughters of Charity order, where she was assigned to a hospital in Vichy. She remained there for 31 years before retiring at the age of 75.

She had long been the oldest living person in France, taking the title in 2017 when Honorine Rondello passed away at the age of 114. She took over the world title in April 2022 after the death of Kane Tanaka at 119 in Japan.

Sister André famously survived Covid in 2021, being given the all-clear just days before her 117th birthday. She told reporters last year that her longevity was down to her work and being able to care for others.

“People say that work kills. For me, work kept me alive, I kept working until I was 108,” she said.

Despite being wheelchair-bound and blind, she would look after other care home residents much younger than herself. The people in the home are upset by the loss, but it was her wish to move onto the next chapter.

“There is great sadness but… it was her desire to join her beloved brother. For her, it’s a liberation,” David Tavella of the Sainte-Catherine-Laboure nursing home told news agency AFP.

Now the oldest living person is thought to be 112-year-old Marie-Rose Tessier from the Vendée, also in France. The world record holder for longevity was set by another Frenchwoman, Jeanne Calment, who died in 1997 at the age of 122 in Arles.