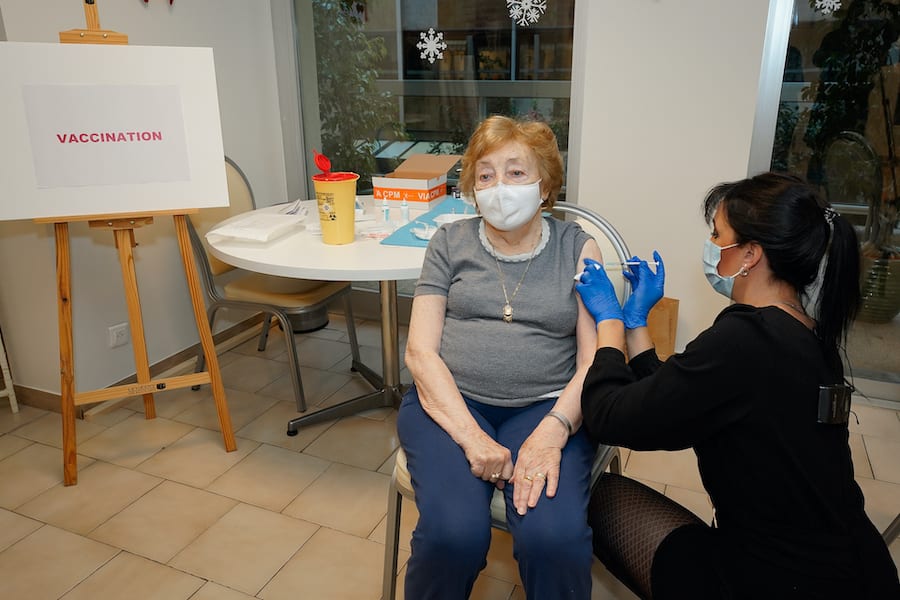 A 94-year-old woman has become the first person to be vaccinated against Covid-19 in the Principality.
Monaco kicked off its vaccination campaign at the aged care facility Fondation Hector Otto, with Yolande – the oldest volunteer – receiving the jab at 5pm on 31st December.
“The priority is the protection of our elders and the most vulnerable,” said Health Minister Didier Gamerdinger in a press statement. “I thank this resident for her motivation. The government expresses its gratitude to the French Republic for its decisive support which made it possible to deliver these first vaccines.”
The vaccine is initially being offered to all senior residents aged over 75 years of age, who have been contacted by the government inviting them to take part in the voluntary campaign.
The inoculations are being administered in nursing homes and at the Espace Léo Ferré by appointment only.
The Pfizer-BioNTech vaccine was the first jab approved in the European Union.