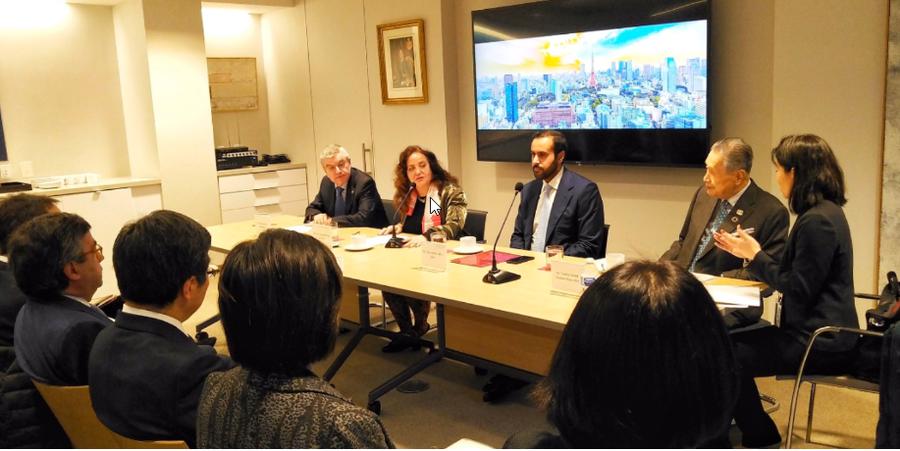 From gender equality to carbon neutrality, the Olympic Committees are taking steps to face the challenges and changes affecting us all globally, and the Permanent Mission of Monaco to the United Nations played a large part by hosting a meeting to debate these hot topic issues.

Despite its vaunted position in the collective worldwide history, the Olympic Games of today are subject to the same scrutiny as any other large international event. To that end, the decision-makers of the 2020 Olympic Games in Tokyo met earlier this week in New York City to discuss and adopt measures pertaining to crucial subjects such as gender balance amongst athletes, the matter of the participation of a team of refugees, the use of recycled marine plastics as the construction material of choice for podium building and how to keep the Games as carbon neutral as possible.

The meeting was put on by the Group of Friends of Sport for Sustainable Development and was held at the Permanent Mission of Monaco to the United Nations. The President of the International Olympic Committee (IOC), Dr. Thomas Bach, and the Chairman of the Organising Committee of the Tokyo 2020 Olympic and Paralympic Games, Mr. Yoshiro Mori, led the meeting and shared with the group these issues in advance of the UN General Assembly meeting to adopt the Olympic Truce. The IOC Permanent Observer to the United Nations, Luis Moreno, IOC member and President of the Inter-American Development Bank, were attending a meeting of the group for the first time.

Later, during the General Assembly meeting to adopt the Olympic Truce, an Ancient Greek tradition dating back to 776BC ensuring safe passage for athletes and spectators as well as guarantees the host city was shielded from attack, Japan expressed gratitude for the worldwide support after the Fukushima disaster of 2011 and went on to tell those present how the medals for both the Olympic and Paralympic Games have been fashioned from 80,000 tonnes of recycled mobile phones and other discarded electronics collected over a two year period.

Isabelle Picco, Ambassador and Permanent Representative of the Principality of Monaco to the United Nations, spoke and gave her full support of the measures being taken by the Olympic Committee, especially those pertaining to gender equality and endorsement of public policies.

Additionally, she reminded those present of the ongoing contributions of the Permanent Mission to promote sustainable sport practices and development. She went on to wish the athletes good luck and expressed her hopes for the success of the Games.

Photo: Co-Chairs of the Group of Friends of Sport, HE Isabelle PICCO and Talal Al-KHALIFA, Chargé d’affaires of Qatar, surrounded by Dr. Thomas BACH and Mr. Yoshiro MORI, as well as Mr. Luis MORENO, during the meeting.