One man dead, four others injured on cruise ship in Marseille

One person has been killed and four others injured – two critically – after a lifeboat fell from the world’s biggest cruise liner, Harmony of the Seas, which was docked in the French port of Marseille on Tuesday morning.
According to La Provence, the local newspaper, five members of the ship’s navigation crew were on board when the lifeboat became detached.

The accident is understood to have taken place during a basic security drill.

“One person has died and four suffered multiple injuries with two in a critical condition and two seriously hurt but stable,” said a spokesman for Marseille’s marine emergency service. “The lifeboat became detached” from the boat owned by Royal Caribbean, an American company, said a police source.

Julien Ruas, of the Marseille marine services, said the lifeboat “fell 10 metres” with the five people inside. “All were members of the crew,” he said. The deceased was a 42- year-old man of Philippine nationality. At 1,188 feet from bow to stern, Harmony of the Seas is 125 feet longer than the height of the Eiffel Tower and one foot longer than the previous record-breaking cruise ships Allure of the Seas and Oasis of the Seas. (Sources: Figaro, Daily Telegraph, La Provence) 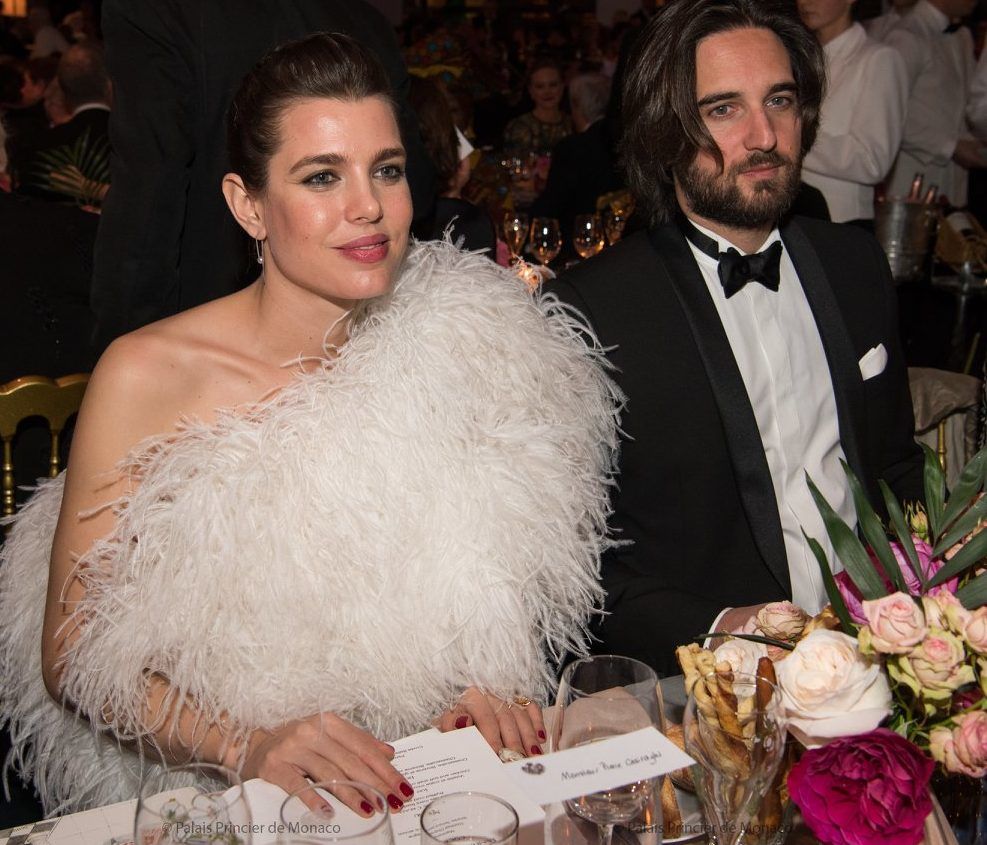 Photo: Facebook Palais Princier de Monaco[/caption] Charlotte Casiraghi appeared at the Monaco Rose Ball on Saturday, March 24, sporting a diamond ring, sending the media into a frenzy about an engagement to Dimitri Rassam, the film producer. The 31-year-old daughter of HRH Princess Caroline has been involved with the 36-year-old for the past year, according to a number of reports. The Princess arrived at the black tie gala– one of the main social events of the year in the Principality – at the Salle des Etoiles with Karl Lagerfeld, a long-time friend and the event's designer. Also attending with Charlotte and Dimitri were her brother, Pierre, and his wife Beatrice, and half-sister Princess Alexandra of Hanover, eighteen. [gallery td_select_gallery_slide="slide" size="large" ids="29705,29704,29703,29706,29707,29700,29701,29702"] Earlier this month, HELLO!'s sister publication, HOLA! reported that Charlotte and Dimitri will soon be walking up the aisle. According to the Spanish weekly, the couple will marry this summer in Sicily, where Dimitri's mother, actress Carole Bouquet, has a stunning villa. Charlotte published her first book last month, Archipel des passions, which she dedicated to her father Stefano Casiraghi, who died in 1990 when she was four years old. The annual spring Bal de la Rose, first held in 1954 by Princess Grace, is the main fundraiser for the Princess Grace Foundation, which is chaired by Princess Caroline. The foundation’s aim is to help people and children in need by developing humanitarian and philanthropic projects. Other guests at Saturday's gala included Minister of State Serge Telle, SBM CEO Jean-Luc Biamonti, model Victoria Silvstedt and producer Lady Monica Bacardi.

Business & Finance Stephanie Horsman - July 16, 2020
Around 20 companies have put their hands up for government support under the new CARE initiative. Businesses have only two weeks left to apply for the aid.