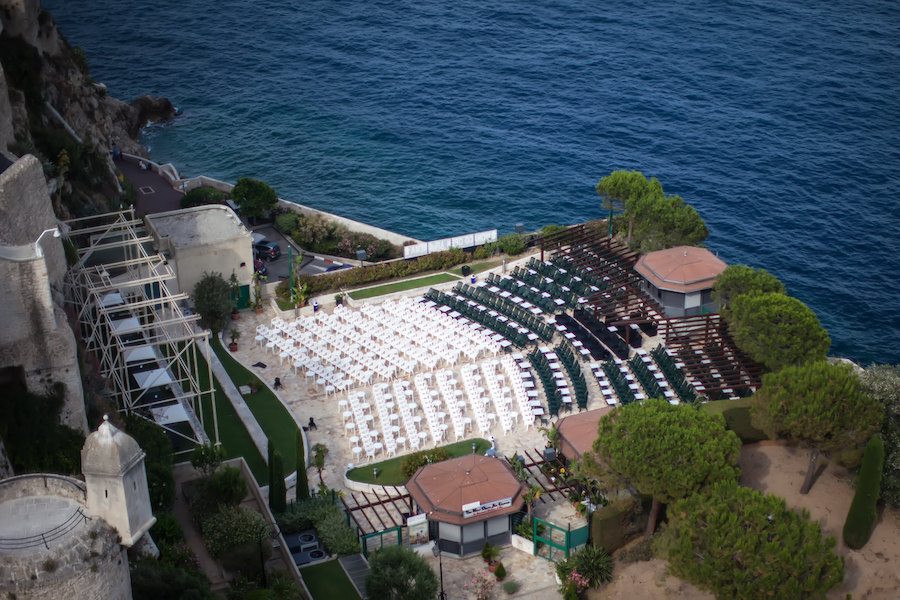 From Elvis and Jurassic World to Top Gun Maverick, the Open Air Cinema in Monaco will be screening all the hit films of this summer in an incomparable setting, offering movie-goers all the comforts of home, but under the stars.

Monaco’s Open Air Cinema, a perennial summer favourite, has reopened with a top drawer line-up of films being screened on a massive 220 metre screen, the largest in Europe.

The season kicks off with the latest in the Jurassic park series, Jurassic World, and only gets better. The new Marvel offering, Doctor Strange, is coming up, along with Elvis, the Baz Luhrmann biopic on the legendary singer, Top Gun Maverick, starring Tom Cruise reprising his role as a hotshot fighter jet pilot, Pixar Studios Buzz Lightyear, and The Batman, the latest about the caped crusader’s quest to find justice. The list goes on with Firestarter, The Minions 2, Thor:  Love Thunder, Uncharted, Bob’s Burgers: The Film and Rifkin’s Festivalto round out the summer.

All films are shown in original version with French subtitles and the cinema features creature comforts such as outdoor sofas, cushions and deck chairs for comfortable seating, as well as a selection of food and beverages. The hot dogs are said to be a highlight!

It’s not possible to book in advance, but with 500 seats available each night, chances are fair a space will be available. Screenings start at 9:30pm, with the main event coming on a half hour later.

For more information, including ticket prices and the full schedule, visit the website on www.cinemas2monaco.com