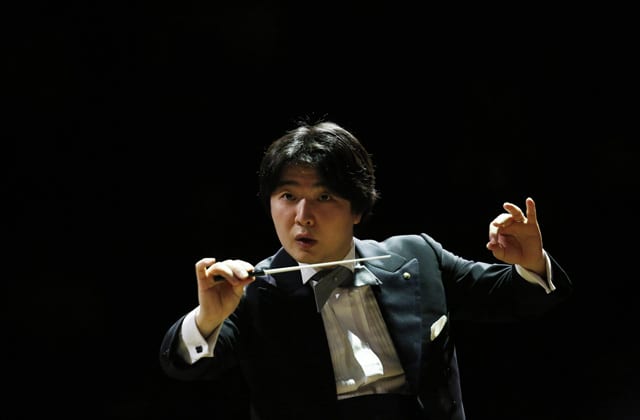 The Philharmonic Orchestra of Monte-Carlo (OPMC) is continuing with its busy spring schedule, although some changes have been announced due to health restrictions.

On 15th April, the popular Musical Happy Hour event, this time featuring chamber music, has been pushed forward to 4pm rather than 8:30pm. The concert features musical interludes by Debussy, Takemitsu, Bax and Mereaux and will be held at Maison de France.

On the 18th April, a free concert featuring works by Bach will be held at the Saint-Charles Church at 4pm. Peter Szüts will conduct the orchestra and violinist Sibylle Duchesne Cornaton will be showcased.

Pianist Arcadi Volodos will be performing on Sunday 2nd May, but instead of the concert starting at 6pm, it will now have a 4pm start. Volodos will be playing a selection from Brahms, Clementi, and Schubert at the Auditorium Rainier III.

Another Musical Happy Hour will be performed on 4th May at 4pm rather than 6:30pm at the Auditorium Rainier III featuring chamber music by Chostakovitch and Mendelsohn and performed by well-known violinists, cellists and violists in the Principality.

An evening of piano with Jorge Gonzalez Buajasan will now be an afternoon on Sunday 3rd May. The concert, conducted by Stanislav Kochanovsky and featuring works by Chopin and Tchaikovsky, will take place at 3pm at the Auditorium Rainier III.

Also at the Auditorium Rainier III, pianist and artist in residence Alexandre Kantorow will perform pieces by Russian composers Glinka, Prokofiev and Tchaikovsky under conductor Jérémie Rhorer on 16th May at 3pm.

On 29th of May, renowned Monte Carlo Philharmonic conductor Kazuki Yamada will lead Elisabeth Leonskaja on piano and contralto Marie-Nicole Lemieux performing a concert featuring Berlioz and Brahms highlighting the dawn and summit of Romanticism. The show starts a 8pm at the Grimaldi Forum.

Rounding out the month of May, on the 30th at 6pm, Kazuki Yamada again conducts soprano Mari Eriksmoen, countertenor Matthias Rexroth, Baritone Adrian Eröd and the City of Birmingham Symphony Choir perform works by Bartok and Orff. This unmissable event will be held at the Grimaldi Forum.

For more information and tickets, visit the Philharmonic’s website at www.opmc.mc