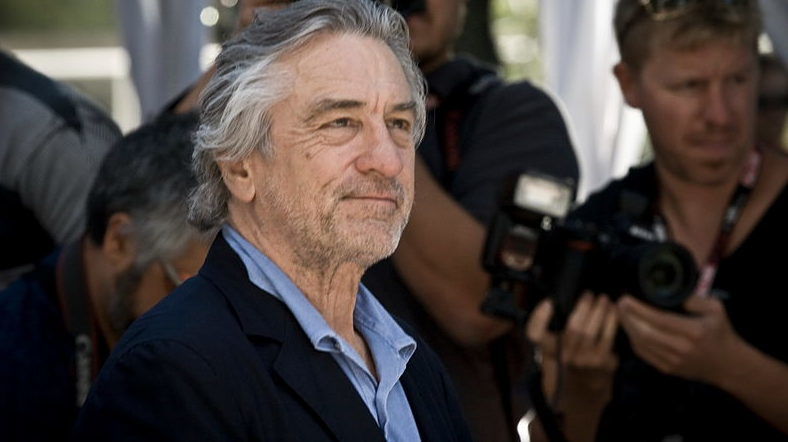 We all have our favourite cafes and restaurants along the Riviera, but no one apparently more so than Hollywood great Robert de Niro.

When he learned that Tetou in Golfe-Juan was threatened by a legislative act to close down beach eateries along the coast, his message to local policy-makers made through the pages of French daily Nice Matin: “Please do not destroy these magical establishments in your area!”

The American star defended beach establishments threatened with demolition on the Côte d’Azur because of a Beach Decree.

De Niro has been absent from Cannes this year due to filming commitments, but that hasn’t diminished his enthusiasm for the local delicacies.

“I have been coming to the Côte d’Azur for many years but last week I learned with amazement that the beach restaurants were going to be demolished in favour of prefabricated cabins without soul. It is difficult for me to understand the desire to destroy such establishments that are culturally, historically and gastronomically, invaluable to the heritage of your region,” the star wrote.

He added, “I cannot imagine coming to this wonderful region without visiting all these mythical establishments, from Menton to Saint-Tropez, via Golfe-Juan where Tetou has been a must for more than a century. Artists and celebrities have come here, as have I, with my family and friends for unforgettable moments. Please do not destroy these magical institutions and make sure to preserve everything that adds to the attractiveness and international influence of your splendid region.”

IEFTA hosts Doc Corner and reception in Cannes on Sunday

Customer thrown out after disputing bill

“Fun, food and a positive spirit for...

Berit Legrande, founder of The Animal Fund (TAF)[/caption] Monaco resident Berit Legrande founded the non-profit The Animal Fund (TAF) in March 2015 with a mission to protect, save and actively assist dolphins and whales that are victims of maltreatment, slaughter, pollution and overfishing. With her team of individuals from different cultures, backgrounds and work experiences, TAF is united in educating others of the danger and consequences of cruelty and extinction but to also report on progress made. “It’s not just the whaling or dolphin industry that those beautiful mammals have to protect themselves against,” Berit, a Dane who competes for the Monaco water ski team (and has her blackbelt in jiu-jitsu) told Monaco Life, “it’s indeed also pollution, climate change, loss of food sources, toxic substances and digesting of tons of plastic. What is there to be seen in nature if we ruin it all? And what will be left in a few years for our children?” While TAF, a registered Monaco association, holds meetings across the year at Maison des Association, this Wednesday, December 7, they will be celebrating the holiday season with a Christmas dinner at 8 pm at Address restaurant (16 Rue de Millo, La Condamine). The evening promises “Fun, food, drinks and a positive spirit for the ocean, the whales and the dolphins” with a three-course dinner, including wine, water, coffee, tea for € 50/person. Reservations directly with the restaurant requested. Dress Code: Christmas hat … and whatever else you feel like wearing! TAF’s AGM is on January 11, 2017. For donations or volunteer information, see theanimalfund.net