Over 65s in France will need booster to keep health pass

Over 65s in France will need booster to keep health pass 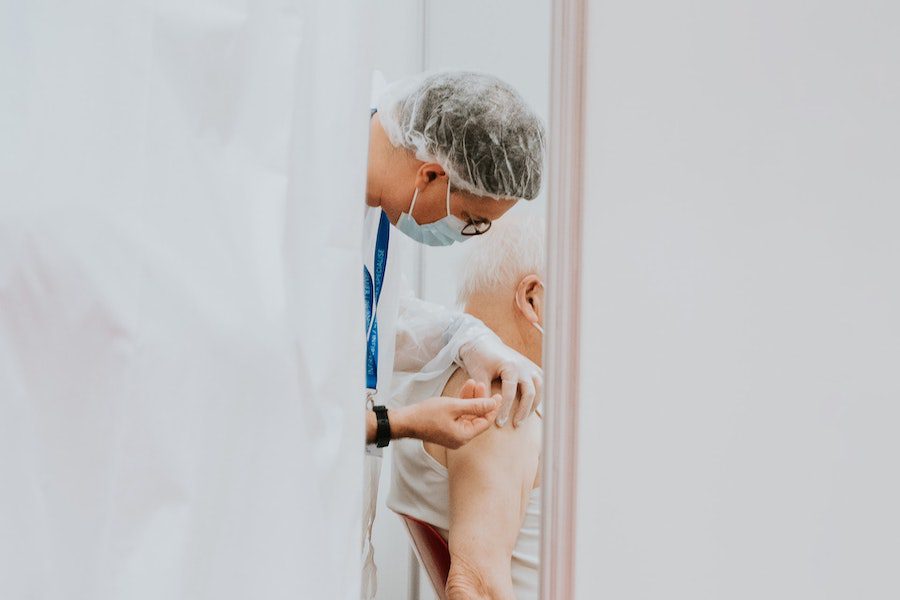 French President Emmanuel Macron has announced that, starting in December, all French residents and nationals over the age of 65 must get a booster shot to retain their health passes.
Emmanuel Macron took to the airwaves Tuesday evening to drop another bombshell announcement on the people of France. In an effort to mobilise the over-65s to get booster jabs, he stipulated that failure to do so would result in their health passes not being renewed.
In the run up to the busy festive season, not having a health pass would be extremely inconvenient, as they are required to use long-distance public transport, to patronise bars, restaurants and cafes, as well as to attend cultural and sporting events, things people tend to do quite a bit of during the holidays.
The health passes have been part of French daily life since August, when they were originally met with protests, but the general population has since accepted their use. Now, the President is hoping that by enforcing boosters, he can keep numbers and fatalities down over the winter.
The announcement comes just a few days after the French Parliament approved the extension of the health pass for the general public until 31st July 2022 by a 118 to 89 vote. The same day, a new rule went into effect saying that all third country travellers entering France must obtain the French version of the health pass from designated pharmacies authorised by the state. The cost is €36 per pass.
“We have not finished with the pandemic,” Macron said Tuesday, adding that France was better off at the moment than Germany and the UK, but urged caution as infection rates had risen 40% since the previous week.
The president reminded people that studies have shown that, after six months, “immunity decreases and therefore the risk of developing a serious form (of Covid) increases” without boosters. “The solution to this decrease in immunity is an additional vaccine shot,” he said.
He also used the time to advocate the six million people in the country who have yet to be vaccinated to get out there and get it done, saying it was “an appeal to responsibility.”
With over 80% of intensive care patients in the 50+ age range, Macron announced that the government would extend the campaign in December for those aged 50 to 64 to receive boosters as well.
Though not entirely popular, as the summer protests showed, the policy appears to be part of Macron’s run up to the April elections where he hopes to be able to boast a successful fight against Covid as a key part of his platform. Despite not officially declaring his candidacy, it is widely thought he will run for re-election.