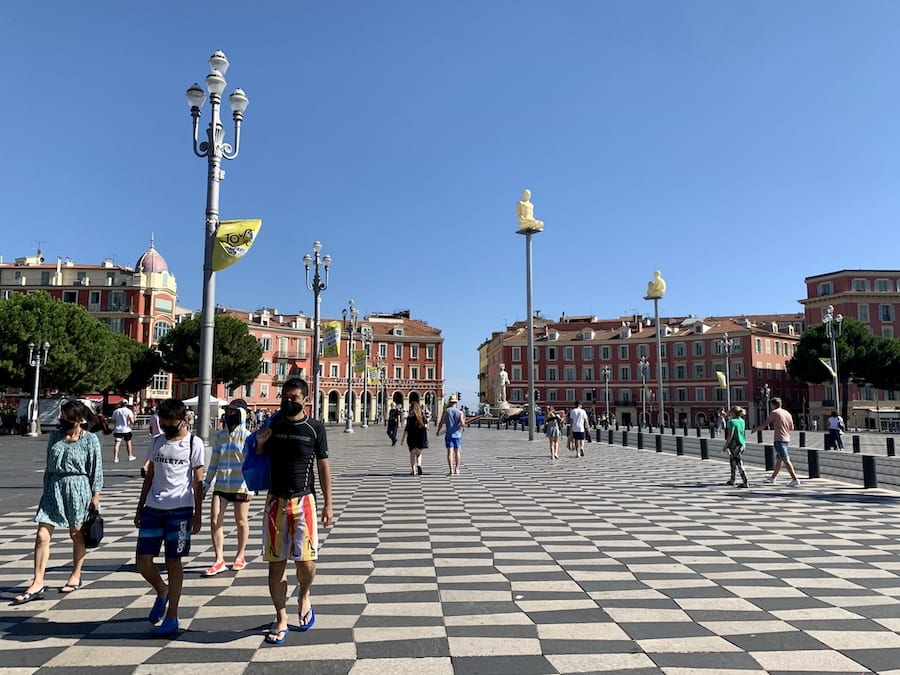 New figures have revealed that while the Provence Alpes Côte d’Azur region has seen a recent rise in coronavirus cases, the number of hospitalisations and deaths have remained low.

The latest report by the Regional Health Agency (ARS) shows that 919 people were diagnosed with coronavirus in the past week, compared to 421 the previous week. However, it also showed that the number of people hospitalised is declining (-5), as those contracting the virus are showing less severity in symptoms.

The rise in cases may be partly attributed to the fact that cities like Nice have introduced free testing sites, such as this one Place Massena:

There have been 190 deaths in the Alpes-Maritimes since the official start of the pandemic, with an increase of three this week compared to last. Meanwhile, four patients are currently in intensive care and 34 remain in hospital.

The Var has seen 139 total Covid-related deaths, with the latest occurring in the last seven days. There are three people in intensive care, a gain of two since the week before, with the total number of hospitalisations sitting slightly up at 55.

The latest figures published by INSEE on 31st July confirm that after the peak recorded between the end of March and mid-April, the overall mortality rate in the Alpes-Maritimes and the Var has returned to normal levels. This includes all causes of death and all age groups, including the over-75s who were the worst hit by the virus during its peak in the spring.

The Mayor of Nice, Christian Estrosi, had already taken up the call and imposed mandatory mask-wearing before the regional order was imposed. Offenders risk a fine of €135 for non-compliance.