PACE holds 2019 meeting on freedom of the press

PACE holds 2019 meeting on freedom of the press 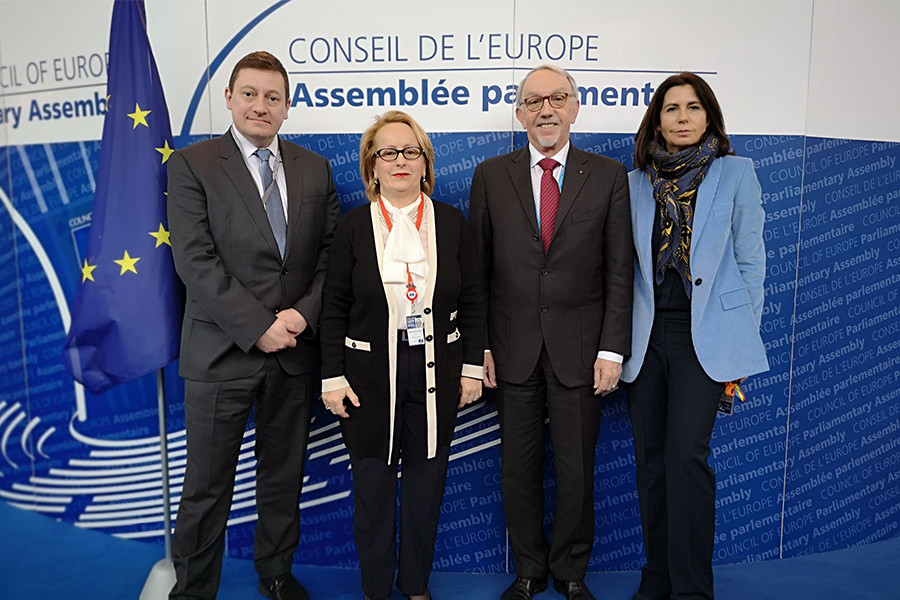 At the opening of the Session, Liliane Maury Pasquier, re-elected President of PACE for a second term of one year, recalled that, 70 years after the creation of the Council of Europe, the promotion of peace and reconciliation, “the foundation of the success of the largest pan-European organization”, remains at the heart of this Organization’s mission.

In a brief plenary session, PACE members pledged to take action in their national parliaments to eliminate sexism, harassment and violence against women, following the initiative #NoInMyParment.

Brigitte BOCCONE-PAGES said, “Monaco fights against all forms of violence and discrimination against women.”

During the Session, there was also a joint debate on public service media in the context of misinformation and propaganda, and on the freedom of the media as a condition for democratic elections.

José BADIA affirmed that “a pluralistic press is the only guarantee of a diversified and balanced information, which allows the voters to exercise their choice in an enlightened way, at the time when the false information circulates faster than never.”

Beatrice Fresko-Rolfo added: “Although favorable to a press of opinion, I consider that it must be able to be clearly identifiable. Transparency must be the rule. The readers, listeners, must know to which opinion the support is related. Only this display is the guarantee that the broadcast messages are received in their context.