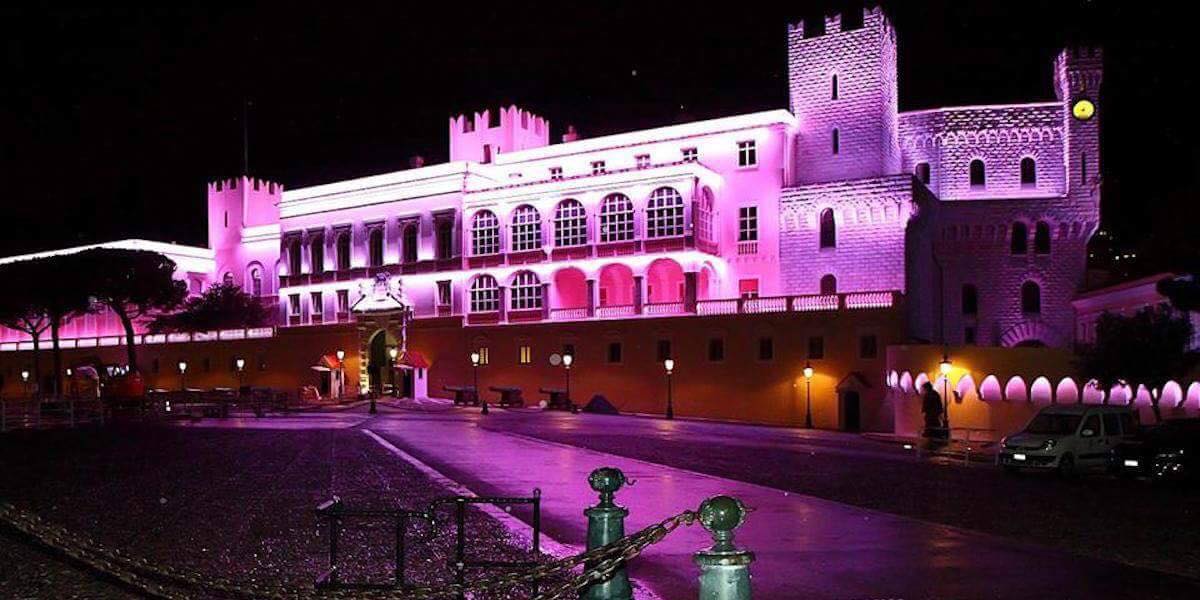 For the 6th consecutive year, Monaco became the “Pink Principality” on the first Friday of October as Pink Ribbon Monaco marked the beginning of breast cancer awareness month, a global initiative.

As a gesture of solidarity to breast cancer victims, the nightfall illuminations, donated in part by Sharkprod, included the Palace and Conseil National, the yacht club, the Casino, Hotel Métropole and the Thermes Marins de Monte-Carlo.

“We are very grateful for the support we have yet again received from the Palace and the government, and from the Hotel Métropole Monte-Carlo and Société des Bains de Mer,” the association said.

ECR members and volunteers ensure cancer sufferers and their families are “able to find the support – both psychological and financial – they need”. The also run a wellness centre, organise charity events and arrange hospital visits.

Monaco’s Princess Grace Hospital has one of the best digital mammography sensors in the world, a state-of-the-art technology that optimises early detection of breast cancer, as well as reducing the amount of radiation necessary for diagnosis.

At the inauguration of the imagining service in 2014, Minister of Health and Social Affairs, Stéphane Valeri, thanked Pink Ribbon Monaco for its contributions to the fight against breast cancer through a number of events and donations. He added that “91% of cancers diagnosed by examinations carried out in this framework, every two years, are healed, and expressed his hope that this will come as close as possible to 100% in the near future.”

Local News Stephanie Horsman - September 14, 2020
It’s been a big month for Orbital Solutions Monaco. Just weeks after successfully launching their nano-satellite into space, Prince Albert II invited the team to join him at the Palace.