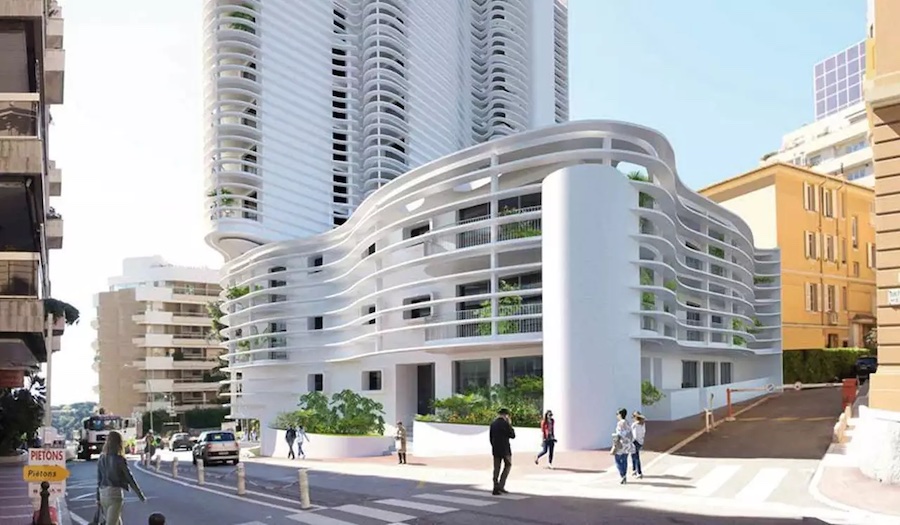 The Monaco Municipal Council has approved the addition of 12 more apartments to the Honoria Palace, currently under construction.

With building works already well underway, the Municipal Council voted in favour of a measure to add more apartments through the addition of extra floors to parts of the structure.

Located on Boulevard de Belgique and Boulevard du Jardin, the Honoria Palace was initially designed to have 65 apartments, but the government submitted a plan in 2019 that had the possibility of adding five stories to one building, which initially had three, and an additional level over the long tower, to make 15 stories.

That version would have seen a total of 84 apartments, as well as the two commercial sites, a creche, an office, 85 caves and 168 parking spaces.

According to Monaco Matin, this was challenged by François Lallemand who reminded the Council that “according to the regulations in force, only the lower part can be raised but by four levels.”

This led the Mairie’s advisory committee to a compromise whereby a total of 77 new apartments will be created, more than the initial but less than the hoped for 84.