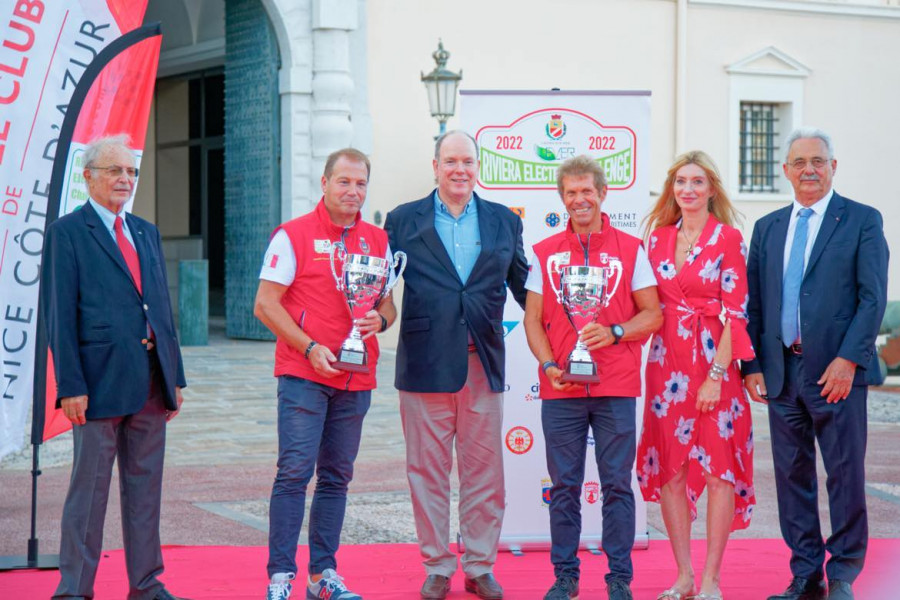 Monaco’s deputy mayor, Jacques Pastor, and Dolceacqua mayor Fulvio Gazzola won the eighth edition of the Riviera Electric Challenge after an intense 48 hours of racing on the Riviera.

41 cars, 250km covered, 10 different brands and 48 hours of compelling racing. The Riviera Electric Challenge returned for its eighth edition this week, finishing with a prize-giving ceremony in the Place du Palais Princier in the presence of Prince Albert II.

This year’s ‘Prince’s Cup’ was won by Pastor and Gazzola, representing the Principality of Monaco, as well as the small Italian village of Dolceacqua, on board a KIA Niro EV.

Having begun in the driving rain in Cagnes-Sur-Mer on Wednesday, the teams headed towards the vast hills behind Nice in difficult meteorological conditions, before crossing the border into neighbouring Italy, and finishing the day’s racing in Dolceacqua. The teams then headed to Airole before re-entering France, and ultimately completing the challenge in the Principality of Monaco.

As well as becoming an increasingly competitive sporting event, the Riviera Electric Challenge, which began in 2015, also promotes the use of electric vehicles, and forms part of the wider ‘soft mobility’ campaign, a key part of the Principality’s agenda.

With 10 different brands of cars on display during this year’s edition, it is a clear sign of progress within the field of electric cars, with a more varied and technologically diverse set of vehicles on display.

Monaco earned a one-two with the Principality’s Energy Transition Mission team coming in second on board a Peugeot e-208. The racing series will return for its ninth edition in September 2023.