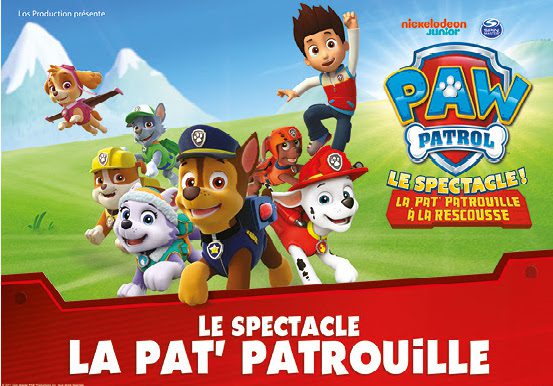 The crew from the wildly popular Paw Patrol series is coming to save the day at the Grimaldi Forum in Paw Patrol the Rescue, a fun show for kids and kids at heart.

Save the date! Paw Patrol the Rescue, a “musical adventure full of gags, rhythm and action”, is coming to the Grimaldi Forum on 8th December, giving kids a chance to see all their favourite characters on stage, up close and personal.

The interactive show will feature all the series’ most beloved characters: Chase, Marcus, Stella, Ruben, Rocky, Zuma, Everest and Ryder, who will go on a quest to locations like the Great Valley, the Control Tower, Seal Island and Jake Mountain.

In the show, the inhabitants of Great Valley have come together for a Mayor’s Race where Mayor Goodway is pitted against the mayor of neighbouring Foggy Bottom. When Mayor Goodway disappears during the race, it is up to the Paw Patrol to find out what happened to him and solve the mystery.

Paw Patrol the Rescue will have two performances on Wednesday 8th December, one at 2:30pm and the second at 5pm at the Grimaldi Forum. Children aged three and up are welcome, but reservations are needed to ensure a place.