The International Day of Sport for Development and Peace is on 6th April and will be celebrated by sending a message of solidarity in these troubled times by being part of the “Connected through the #WhiteCard” Campaign.

The campaign is meant to highlight the “positive impact that sport is playing in the current context,” and will feature athletes, sports institutions, stakeholders, Champions of Peace and individuals who are committed to the cause.

People are asked to share their stories on Monday 6th April by posting on their social media pages how sport has changed or contributed to their lives whilst holding up a #White Card picture and tagging @peaceandsport.

The white card is a tongue in cheek reference to the red and yellow cards used in the sporting world, though instead of being used as a form of punishment, the white card signifies positivity and real change.

Peace and Sport was founded by Joël Bouzou, Pentathlon World Champion and Olympic Medallist, in 2007 and comes and under the high patronage of HSH Prince Albert II. It is a global organisation that uses sport and the values associated with it as a way to incite peace amongst disadvantaged people and communities.

Practising sport as a pedagogical tool, the association uses this method as a means of helping people in desperate situations bond together. Child soldiers, refugees and war orphans are just some of the few who are reintegrated into society through the use of the programmes set forth by Peace and Sport. 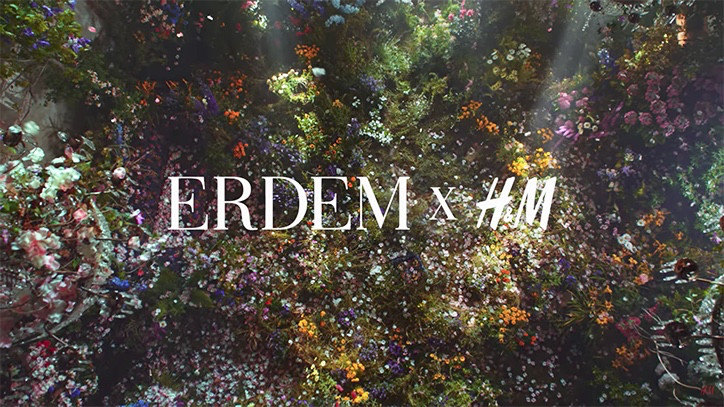 Photo: Michael Pudelka/ with permission H&M[/caption] Hope you guys are having a fantastic Halloween weekend so far. I am, but it’s not all the ghosts, goblins and foreseeable weight gain from candy and vodka that’s got me a bit scared. I just remembered there is no H&M in Monaco. So before you tell me that if I want fast fashion I should try and see how many shops I can get in and out of in the Metropole in 30 minutes or less, let me enlighten you a bit. [caption id="attachment_24216" align="alignnone" width="850"] 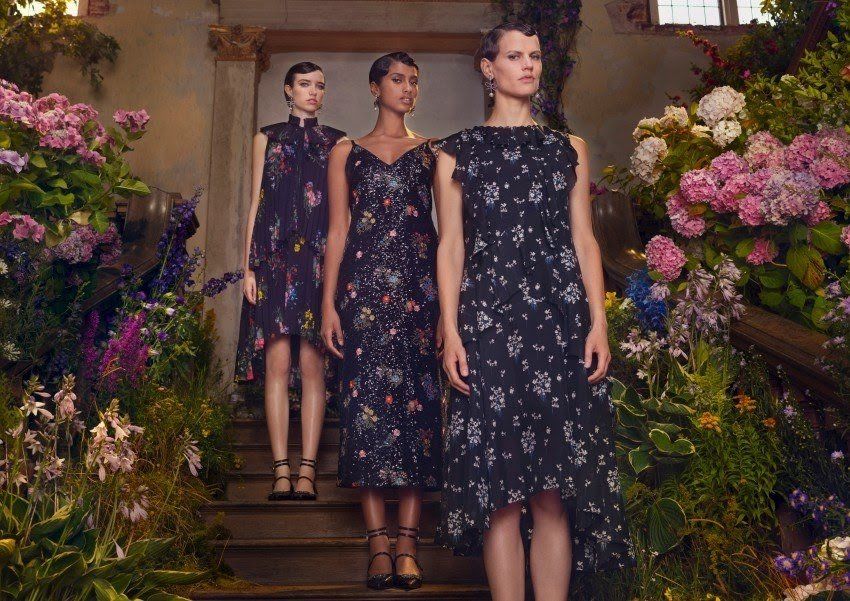 Photo: Michael Pudelka/ with permission H&M[/caption] Erdem for H&M is launching on November 2nd. Okay? Still confused? Let’s go further into the fashion happening. Every year Swedish fast fashion retailer H&M collaborates with luxury fashion houses on collections. Past collections have included Versace, Stella McCartney, Karl Lagerfeld, and Balmain. Released in extremely limited quantities these designer collaborations sell out immediately. People line up hours even days before outside H&M stores to get their hands on these precious pieces. Fights breakout inside. There is a huge resale market online around these releases. [caption id="attachment_24217" align="alignnone" width="850"] 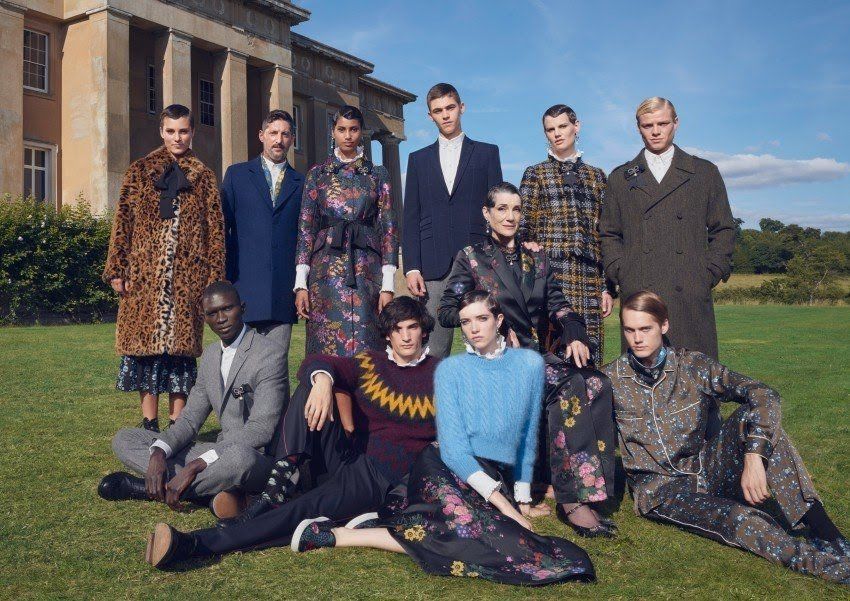 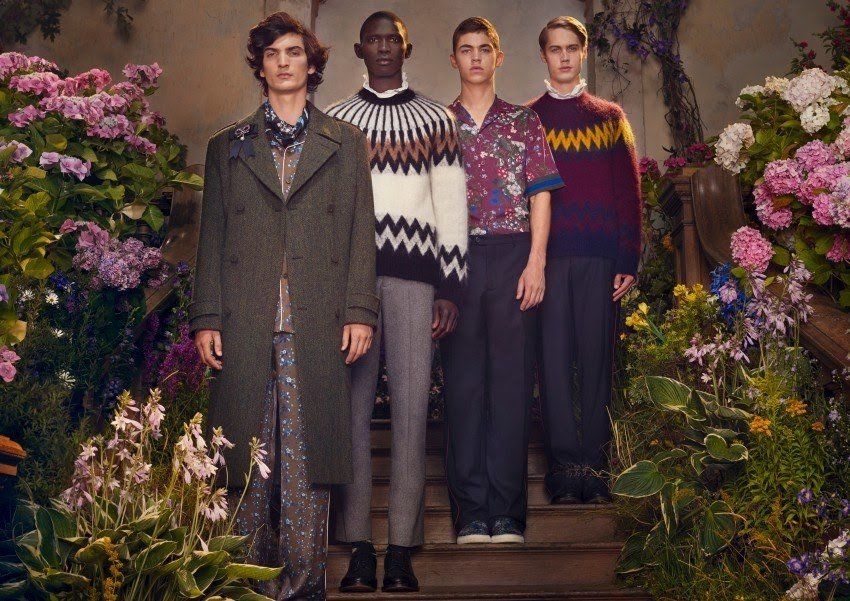 Photo: Michael Pudelka/ with permission H&M[/caption] Now if you are not familiar with how this cycle goes I will explain. There is always a buzzy campaign video shot to accompany the collections, this time shot by Moulin Rouge and Great Gatsby director Baz Luhrmann. Check it out: https://www.youtube.com/watch?v=PEANC3ipyws&feature=youtu.be There is a huge star-studded runway show and party, this time around in Los Angeles with Kirsten Dunst, Kate Bosworth and Zendaya, among the famous front row faces. Bloggers are gifted pieces and press can shop the collection early so that by the time the general release comes around, the collection is on everybody’s minds … and newsfeeds. [caption id="attachment_24219" align="alignnone" width="850"] 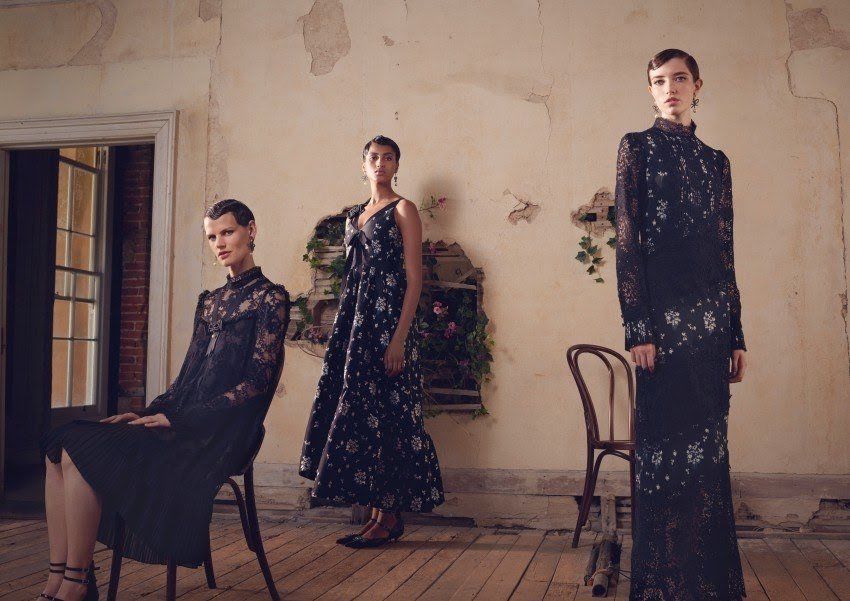 Photo: Michael Pudelka/ with permission H&M[/caption] The collection consists of red carpet-ready gowns, dark floral dresses, brocade coats, tweeds, silk pyjamas, mohair sweaters, crystal broaches and pleats and frills all around. Fabricated in a quality not normally associated with fast fashion, Moralioglu insisted on only the finest jacquard and Harris tweed. Maxing out at €299, there is something for everybody at every price point. I see ladies lunching in the silk “Veronica” skirt at Cafe de Paris and leisurely strolls around the port in the mohair sweaters, while the younger set rocks the Erdem logo hooded sweatshirt and tees. Me? I’ll be copping the sumptuous total floral looks. [caption id="attachment_24220" align="alignnone" width="850"] 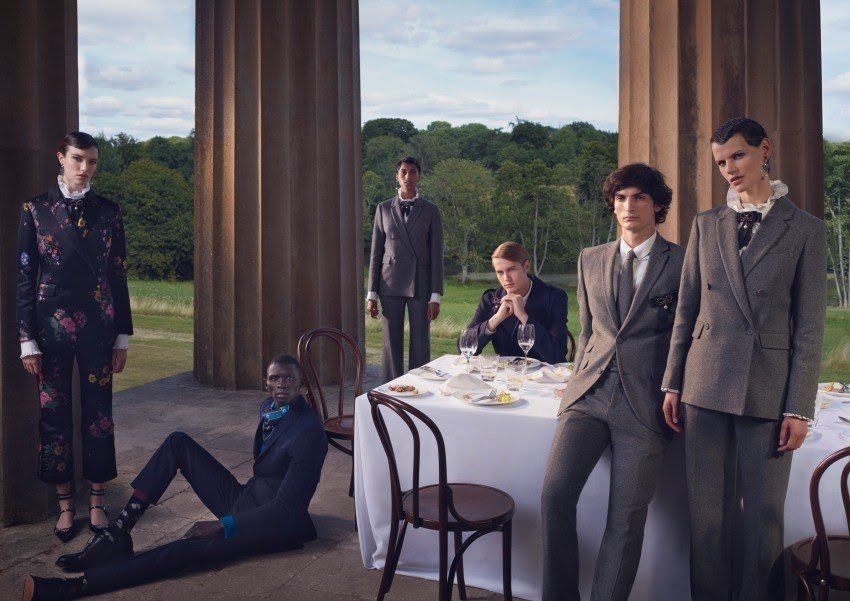 Photo: Michael Pudelka/ with permission H&M[/caption] But with no H&M in Monaco where can one grab this limited collection? Well you have six options. If you’re in Paris, you can snag some precious Erdem x H&M at either the Champs Elysées, rue de Rivoli or blvd Haussmann locations. If not well you still have either Lyon, Bordeaux … and NICE at the avenue Jean Médecin store. Oh yeah! Now some tips. The collection launches at opening hours on Thursday, November 2, at 10 am. EXPECT LINES. GET THERE EARLY. (Or send your staff). MAKE A LIST. This is not the occasion for browsing. Go directly for what you want. Grab first check sizes after, others will be doing the same and then exchanging with others to get a proper fit. There will be limits on how many items per product you can buy, as well as a time limit for your shopping. It will be chaotic and there is always a chance that by the time you get inside the store (they let groups in around 20 people at a time) most of the good stuff will be long gone. But don’t let that discourage you! I’ll be there! Think of it as the fast fashion Hunger Games. May the shopping Gods be ever in your favour. Instagram sensation and style blogger Louis Pisano writes SuperficialLivingDiary.com. Article first published October 29, 2017.

Meeting with the Secretary-General of the Minister of the Interior and Decentralisation. Photo: DCI/Facebook Gouvernement Monaco[/caption] The first official meeting within the civil protection consultation framework agreement between Monaco and Mauritania took place last week in the Maghreb region of western Africa. Representing Mauritania were the Ministry of Foreign Affairs, the Ministry of Finance, and the Ministry of the Interior and Decentralisation. Monaco was represented by the head of the fire brigade, the Honorary Consul and representatives of the Directorate for International Cooperation. The meeting on October 25 followed the signing of the agreement in July this year. On that occasion, the Monegasque delegation was led by Isabelle Rosabrunetto, Director General of the Department for Foreign Affairs and Cooperation, who was received by the highest Mauritanian authorities. Cooperation between the two countries in the field of civil protection, initiated by Monaco’s fire service, has been in place for the past 20 years. Diplomatic relations between Monaco and the Islamic Republic of Mauritania, which borders Algeria, Senegal and Mali, was officially established in 2011, although Mauritania has also been a country for priority cooperation and aid by the Monaco government since 2002.