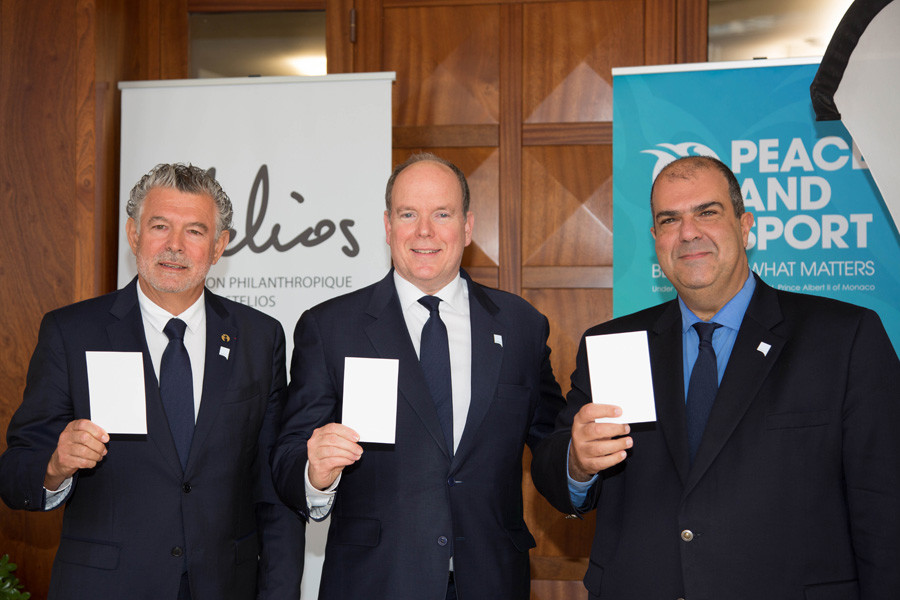 This global mobilisation celebrates the International Day of Sport for Development and Peace (IDSDP) on April 6 and was launched during the Friendly Football Day on March 19 in Cyprus.

Sir Stelios Haji-Ioannou, Founder of Stelios Philanthropic Foundation, gave a speech on the Friendly Football Day that brought together Nea Salamina Football Club and the Mağusa Türk Gücü Football Club in a symbolic match in Pyla, on the island of Cyprus. The match was played to foster dialogue and cooperation between the Greek Cypriot and the Turkish Cypriot communities (watch the video here).

Sir Stelios said, “We were glad to partner with Peace and Sport for the Friendly Football Day held in Cyprus on March 19. We believe that sport can bring people together and we offer bi-communal awards to teams comprising one Turkish Cypriot and one Greek Cypriot.”

Mr. Joël Bouzou, President and Founder of Peace and Sport presented the first results of April6 mobilisation and the #WhiteCard digital campaign. He said: “This year, the mobilization started with Peace and Sport official launching of the 2019 #WhiteCard campaign from the island of Cyprus, during the Friendly Football Day.

“Once again, so many countries came together to promote peace through sport and celebrate the International Day of Sport for Development and Peace. It is more than ever important to develop initiatives that foster the values of fair play, mutual respect, civic engagement and team spirit.”

On 23 August 2013, with the support of the International Olympic Committee, the UN General Assembly declared April 6th as the International Day of Sport for Development and Peace (IDSDP) at the United Nations Headquarters in New York. This decision represented a historic step in recognising the transformative power of sport and its boundless potential to advance positive social change. The following year, Peace and Sport launched the #WhiteCard digital campaign and the www.april6.org platform. Since then, both initiatives have met great success.

So far this year, 1130 projects are registered on www.april6.org, taking place in 109 countries. The platform will list even more projects until its closure on April 19.
Over the six editions (including 2019), the platform has counted 3240 projects in 182 countries.